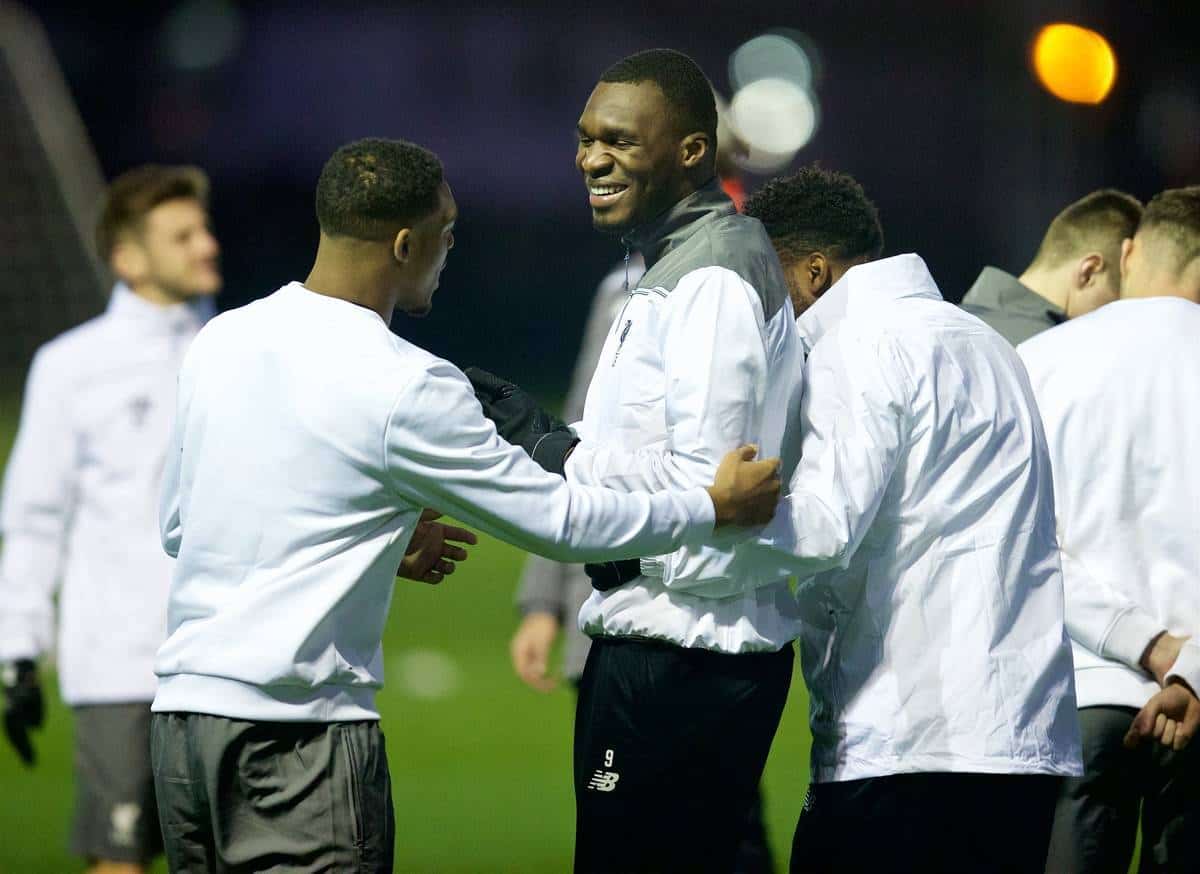 Watch footage of Liverpool players in training at Melwood on Wednesday afternoon, preparing for their Europa League tie with Bordeaux at Anfield on Thursday night.

The Reds can seal their place in the next round of the competition with victory over the French side, and will be full of confidence after Saturday’s 4-1 victory at Manchester City.

After Jurgen Klopp and Dejan Lovren greeted the media, the players were put through their paces on a chilly afternoon on Merseyside.

Philippe Coutinho was absent, nursing a minor hamstring problem picked up at City, as was Martin Skrtel who is suffering from illness and rated as doubtful to face Bordeaux on Thursday.

Daniel Sturridge is getting “closer” to his return from injury, according to Klopp.