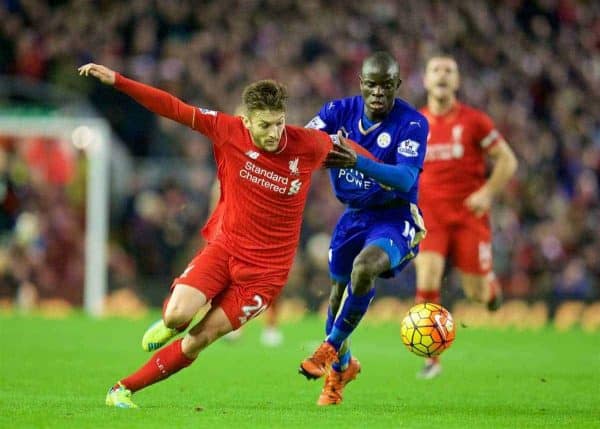 Lallana was a lively presence throughout proceedings, and says Liverpool’s performance came from Klopp urging his players to show more spirit.

“The manager said before the game that maybe we needed to get back to fighting and working hard a bit more and the quality would come naturally, and I think you saw that out there,” he said.

“We all covered every blade of grass and the goal was eventually going to come – and it did.

“It was a big win. We’ve had a few difficult results lately and we wanted to put on a good performance – not just get the result – and I thought we did that.

“We created a few chances in the first half and probably came in at half-time disappointed to be level, but we kept persisting and credit to Christian, who came on, put himself about and got himself a goal. The lads were all delighted for him.”

The 27-year-old England international also touched upon Liverpool’s upcoming festive fixtures away to Sunderland and West Ham, on Wednesday and Saturday respectively, admitting that the Premier League is as difficult as he can remember.

“There are no easy games in the Premier League, it’s probably the toughest I’ve ever seen it.

“Week in, week out, they are very tough games and it’s exciting to be involved in. We’ve just got to make sure we’re at it every single game.

“Over this festive period we’ve got so many games and we just need to make sure we recover right, make sure we’re eating, drinking and training right, and hopefully go up to the Stadium of Light on Wednesday and get another three points.”

The win over Leicester saw the Reds leap to eighth in the league table, and with Arsenal, Man United, Chelsea, Crystal Palace and Watford all dropping points, it was a productive day in terms of the battle for a top-four finish.