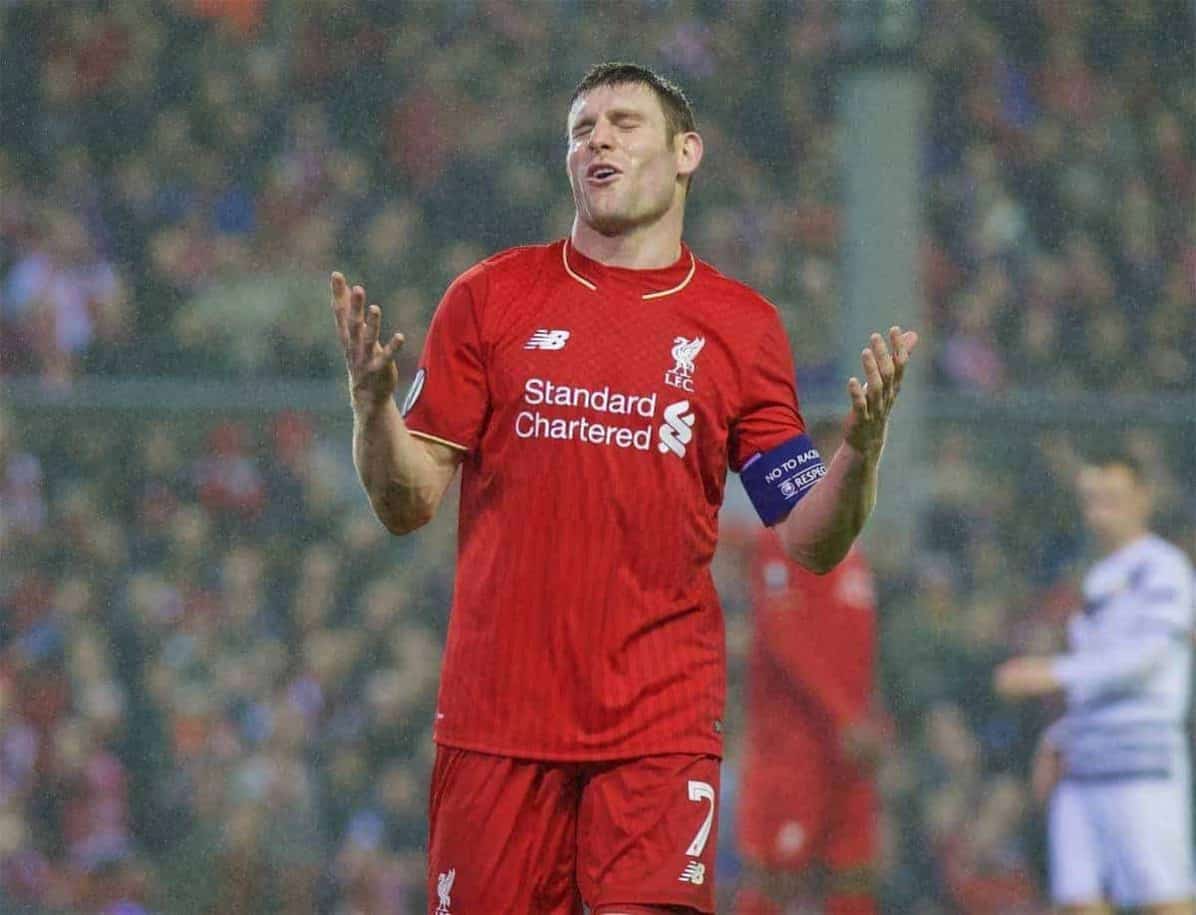 Speaking during his pre-match press conference ahead of Sunday’s clash with Watford, Jurgen Klopp revealed a disappointing injury blow for James Milner.

Liverpool looked set to head to Vicarage Road on Sunday with a healthy first-team squad, but after pulling up in training on Friday morning, Milner looks set to miss out.

“We have nearly the situation as last week, plus Milly. That’s really bad.

“Milly had a problem with his calf, what can I say?

“It will take a few days.

“We made a scan after warming up. We didn’t want to take a risk.

“When we made the assessment we saw it’s a muscle injury, so we have to wait.

This leaves Klopp with Lucas Leiva, Emre Can and Jordan Henderson as his likely midfield three, with Jordan Rossiter also on the sidelines after suffering another hamstring injury in the 0-0 draw away to FC Sion.

Liverpool will be desperate to secure victory against Watford after a disappointing 2-2 draw at home to West Bromwich Albion last time out.

Divock Origi came on for Dejan Lovren to score a late equaliser at Anfield that evening, with the Croatian centre-back in agony after a challenge from Baggies midfielder Craig Gardner.

Lovren is likely to miss out on Sunday, but Klopp provided a positive update on his recovery.

“It’s not that serious, that’s how it looks like.

“If he could train next week he could be an option for Leicester [City on Boxing Day], but after Leicester for sure.

“Progress was really quick, he gets better and better. It looks much better.

“I think maybe Leicester, but after Leicester he should be okay.”

Daniel Sturridge was initially expected to return to make a substitute’s appearance against Watford, but remains on the treatment table along with Joe Gomez and Danny Ings.

Mamadou Sakho looks set to return in Lovren’s absence, while Jon Flanagan has returned to full training but is not expected to feature.