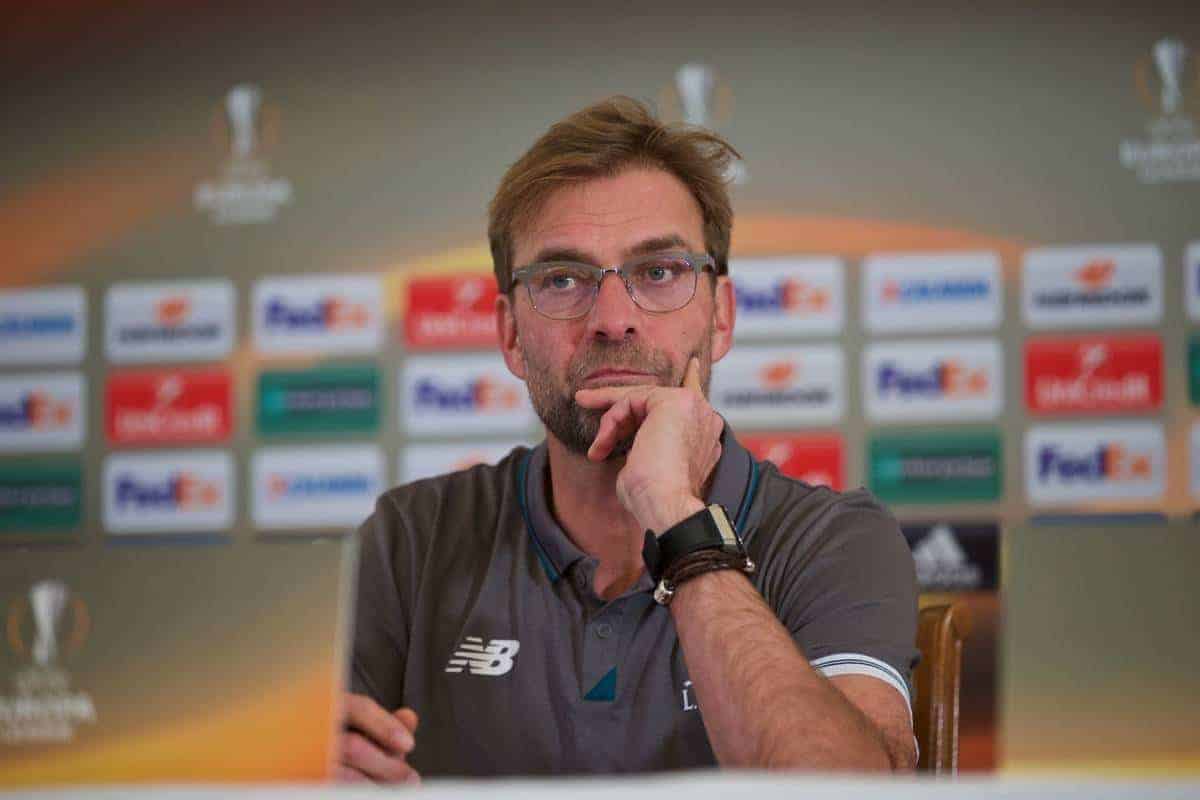 Liverpool manager Jurgen Klopp believes the Europa League will be taken more seriously when the knockout phase begins in the new year because of the quality of teams left in the competition.

The Reds got the point they needed to top Group B, from which they had already qualified, with a dull goalless draw in Sion.

Securing top spot will help slightly in terms of the opposition Klopp’s side are likely to get in Monday’s seeded draw.

And while the German believes the quality overall makes it a difficult competition, he was pleased they have given themselves the best opportunity – especially considering when he took over in mid-October the club had two points from their opening two matches and looked in danger of failing to get out of the group.

“We wanted to be first after this game and that is what we did,” he said. “A few weeks ago it was far away from us that we could reach this place but we did it and it is really good.

“We will see how important it (first place) is – there are a lot of good teams in second place and also teams from the Champions League.

“Everyone will have to change their mind about this tournament now as everyone will see it is something like a small Champions League.”

Klopp was just relived to put European football to bed until February and return home with no new injury problems from playing on a partially-frozen pitch to add further complications to what is a crowded fixture list over the next seven weeks.

“It was not our best football and although it is an outdoor sport, frozen ground is for other sports,” he added.

“Of course in each tournament at this level there should be heating for the ground – that is not good [there was none] – but now we have played here and if we come here again it will maybe be April and I hope it will not be that cold.

“We saw the pitch and we knew what can happen on a pitch like this but as a professional footballer and especially as a manager you cannot talk about the pitch.

“You have to ignore it, try to take it and use it and the only thing that helps in a situation like this is concentration: if you are really ready and prepared and concentrated then usually nothing happens.

“I am really satisfied, no-one is injured and they were very focused and concentrated on the game.”