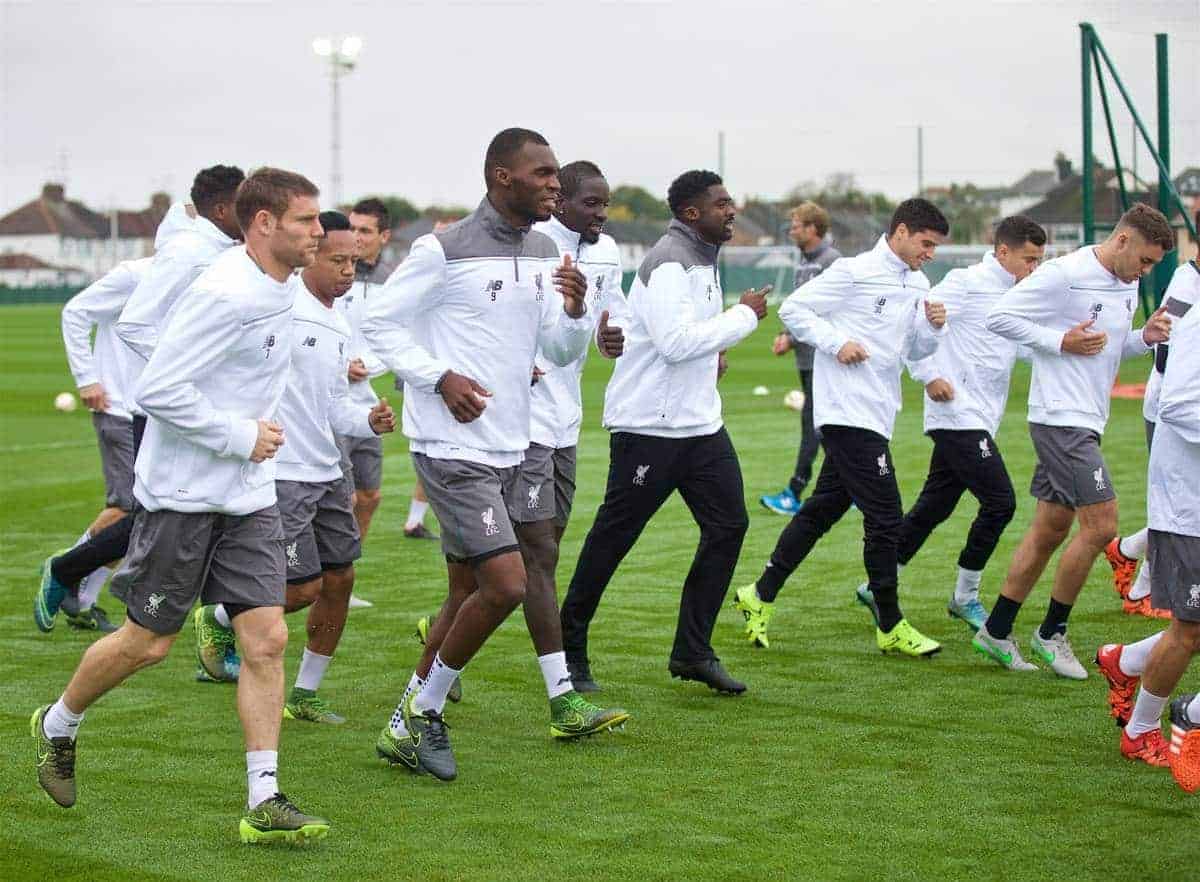 With little riding on Liverpool’s Europa League trip to Switzerland on Thursday, Jurgen Klopp must leave as many key players out of action as he can, saving them for a vital period in the Premier League.

First against second is usually a crunch fixture in any competition, but for Liverpool, who travel to second placed Sion on Thursday, it is anything but.

The Reds have already secured qualification for the round of 32 stage after beating Bordeaux two weeks ago, rendering Thursday’s looming clash fairly insignificant for Klopp’s side – a draw or victory ensures top spot, a defeat would see the Reds finish second in the group B.

With no reason to fully extend themselves for a practically meaningless fixture, the German must preserve key men for upcoming games of greater importance.

The clash with Didier Tholot’s side – who need a point to seal qualification alongside Liverpool – is a dead rubber for the Reds.

Seeing off Bordeaux, qualifying at the first opportunity has allowed the luxury of progression with a game to spare and no need to sweat over scrapping for a result against Sion.

The Reds can travel to Thursday’s clash care-free, and fully focussed on a key Premier League run, which Klopp’s men – who have made a positive start collecting six points from nine so far – must continue to make productive use of.

While some will point to the opportunity to win Group B in Switzerland, and earn a potentially easier draw in the next stage, finishing first or second is unlikely to make a difference over the quality of opposition drawn.

There are no easy games on the European stage regardless, and there is still a chance of being drawn against a Champions League dropout despite finishing top in the group, as explained on UEFA.com:

There will be two pots for the round of 32 draw: the 12 group winners and the four best third-ranked teams in the UEFA Champions League group stage are seeded.

They will be drawn against the 12 group runners-up and the remaining third-placed UEFA Champions League sides.

This makes Thursday night even less vital, with a tough tie to come either way.

Sunday’s clash against West Brom is now key for to Liverpool.

After losing to Newcastle last weekend it’s essential Klopp’s men return to winning ways in the Premier League at the first attempt against the Baggies.

Victory over Tony Pulis’ side could provide the catalyst for momentum to be rebuilt and another strong run in a crucial period.

However, a case could be made that taking first choice picks allows for those set to feature heavily over the Christmas games the chance to build match fitness and sharpness in preparation for the hectic schedule.

Improving understanding and team chemistry through work in training with Klopp, and putting it into practice in a less pressured fixture, is also a fair point as to why to select first choice picks.

And with a week of Melwood practice available after Sunday and before the trip to Watford with no midweek fixture, keeping fresh for the weekend’s clash outweighs a restricted amount of training time abroad.

The Reds have won only one league fixture  after Europa League action – even when Klopp has rotated his team – and there is no point of increasing the possibility of further dropped points in a crucial league fixture against the Baggies for a Europa clash of no significance.

Klopp’s squad selection for the Swiss trip must reflect the meaning of West Brom’s visit, and he has the options to prioritise at his disposal. The Liverpool boss will need his first choice picks fit, fresh and firing for Pulis’ men, so he must utilise his full squad for Thursday night.

Klopp has to field his strongest team for Sunday’s Anfield clash – and that should see Martin Skrtel, Alberto Moreno, Lucas Leiva and Roberto Firmino, who all started at St James’ Park, left out.

There’s also no need to risk Philippe Coutinho who should be afforded every chance of featuring on Sunday.

Squad players, young prospects and some non-starters from the Newcastle loss can make up the squad for the Sion encounter.

Emre Can is a senior figure worth taking however, after missing the Newcastle loss, while it could also provide a helpful exercise for Jordan Henderson, who needs minutes under his belt.

It will be a difficult juggling act for Klopp, but it’s one he can master. Failure to do so could have severely damaging consequences if the Reds endure another sluggish afternoon post-Europa League exploits at a time they can ill afford further complacency.

There is no point risking key men in Switzerland.