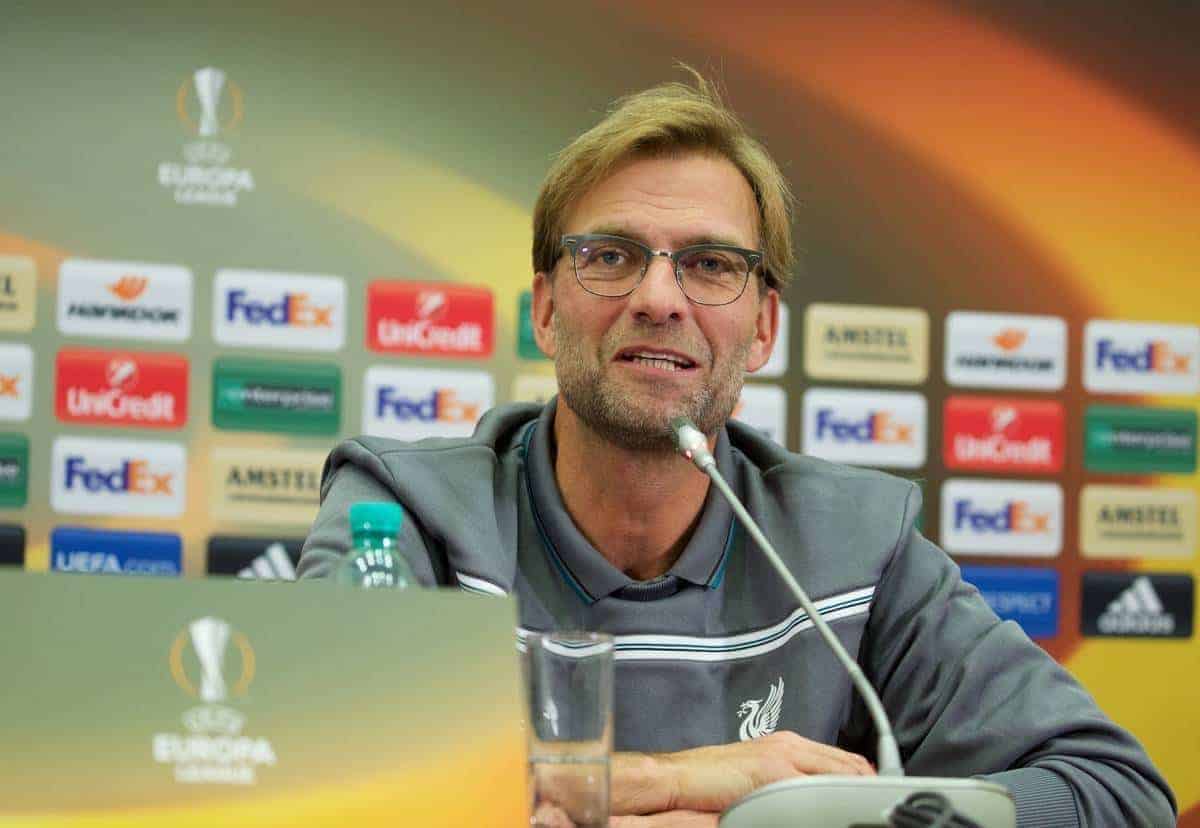 Liverpool have been drawn against Bundesliga side FC Augsburg in the Europa League round of 32.

The draw was made on Monday lunchtime, with Jurgen Klopp being handed a return to Germany. Klopp faced Ausburg eight times as manager of Borussia Dortmund, losing just once.

The ties will take place on the 18th and 25th February, with the second leg at Anfield.

The two sides have never faced each other in a competitive match before.

Ausburg play at the 30,660-seater WWK ARENA, and are currently 13th in Bundesliga – winning just four of their 16 league games so far this season.

They qualified for the last 32 finishing second in group L, winning three, losing three and scraping past Partizan who also finished on nine points.

Liverpool qualified for the last 32 after topping their group, which featured FC Sion, Rubin Kazan and Bordeaux.

The final will take place at Basel’s St. Jakob Park on 18th May.