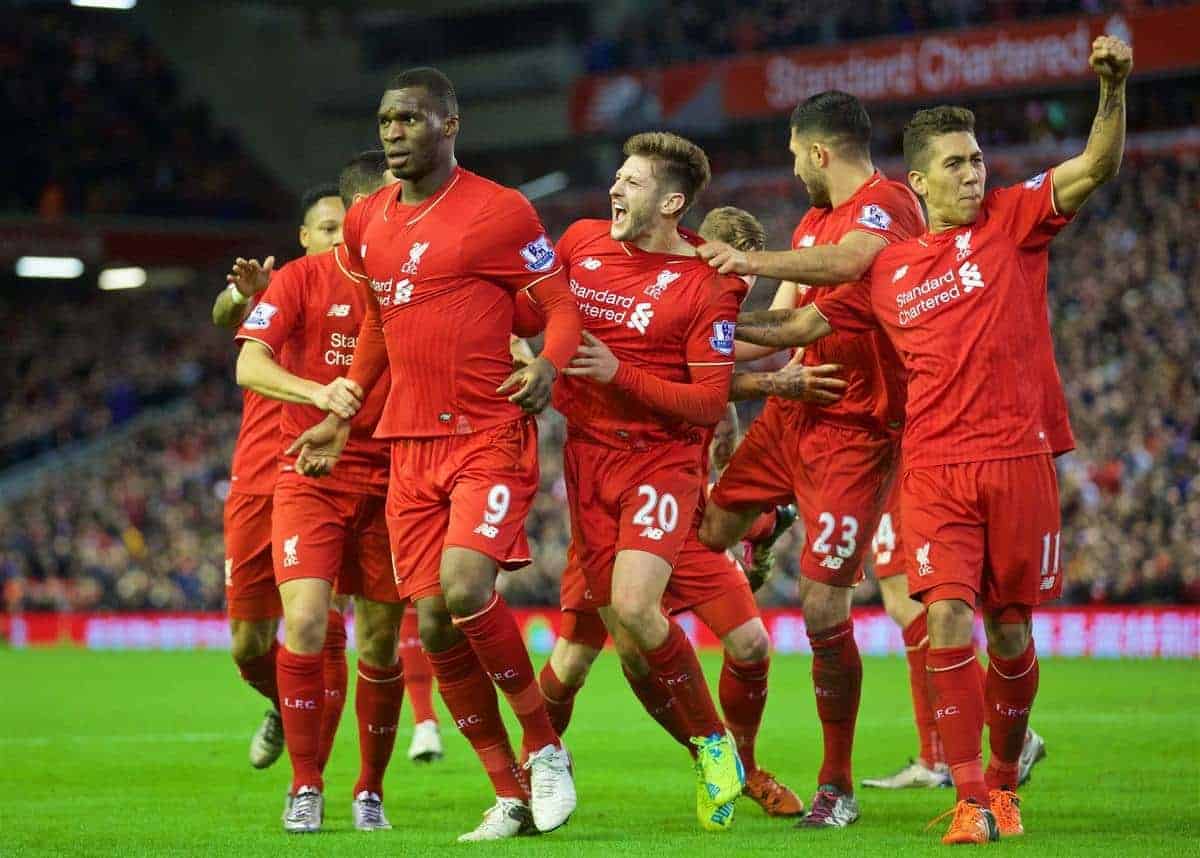 Following Liverpool’s 1-0 win against Leicester on Boxing Day, we bring you the best social media reaction from during and after the game.

This was a massive victory for Jurgen Klopp‘s side, as the Reds narrowly defeated the league leaders in front of an atmospheric Anfield.

Christian Benteke, who often frustrated having replaced the injured Divock Origi, proved to be the match-winner, with the Belgian finishing well after 63 minutes.

The win reignites Liverpool’s top-four aspirations, especially as Man United lost 2-0 at Stoke City earlier in the day, and their performance was one of the best at home under Klopp.

Here is how social media saw the match:

Most supporters seemed pleased when Liverpool’s starting eleven was announced before kick-off:

Very happy that Klopp has gone for Origi over Benteke, much more suited to this #LFC attack, particularly with Phil, Bob & Lallana behind.

Origi leads the line in a #LFC line-up different than the one ‘leaked’ yesterday!

Firmino can count himself very fortunate to start considering how poor he was last weekend. #LFC

It'll be interesting to see how Lovren and Sakho play together, big chance for Origi. How much was Benteke again? https://t.co/ak1KvUiMzy

Origi’s first-half injury was a blow to the Reds, and his replacement Benteke got on the nerves of many from the outset:

Having Benteke on the pitch just slows everything down.

Mahrez is as impressive as Benteke isn't

Really notice how good Origi was doing after he left the pitch. Crispness and movement isn't there. He stretched Leicester really well. #LFC

Lallana rightly having a go at Benteke there. He's such a bad player for Liverpool. A real waste of £32.5m.

It was an entertaining first-half on Merseyside though, with the Reds dominating much of the game and creating a number of clear-cut chances:

On + side, more dominant in ability to press in groups with the four in midfield. First real chance to see it in PL, looking good all round.

Good performance so far. Just need someone to put it in the net now.

Enjoyed that half. Just need a bit more quality in the final third #lfc

HT: Liverpool 0-0 Leicester. A much better performance so far today from the Reds. #LFC #LIVLEI pic.twitter.com/9zChsx7G17

The under-fire Benteke opening the scoring midway through the second-half, much to the delight of many:

That's how you shut the critics up Christian! 1-0.

Klopp’s men clung onto victory, following a tense finale, and relief among supporters was there for all to see. Benteke’s late sitter also received a few mentions:

Big win for The Reds that. Vital to rack up points given the general state of this league.

This is absolutely unfathomable. Can someone explain? https://t.co/dOzqhAdKaO

shankly96 on the forum:

Something slightly more vintage about #LFC today, atmosphere sounded better and managed to get the breakthrough against a decent side.

Of all things I thought might happen today, a 1-0 home win was pretty much bottom of the list! 1st time LCFC have been shutout since 15/5

I don't know what happened then near the end. But I no longer care. #LFC 1-0.

How good was Henderson today? Outstanding performance from the captain.

Mada on the forum: