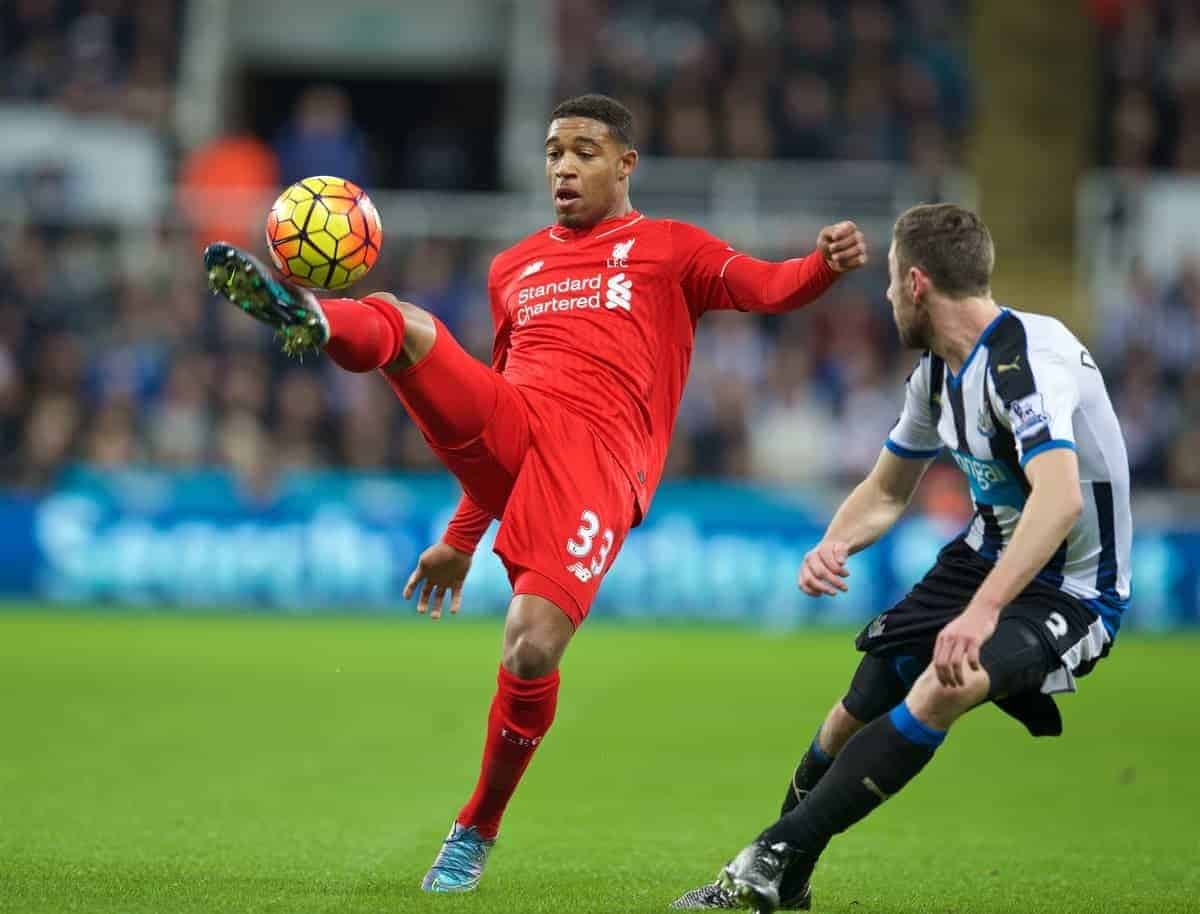 On a miserable evening at St. James’ Park, Liverpool produced a shambolic collective performance as they lost 2-0 to Newcastle United.

Could hardly be faulted for either goal, but did not offer a calming influence when Liverpool came under pressure in defence.

Broke forward well to support counter attacks and offered a stable presence in defence, but as with his defensive colleagues Clyne was often caught out when Newcastle broke in numbers.

The right-back was typically solid, but could not provide the decisive end product in the final third.

At the heart of a shambolic defensive display from the Reds, Skrtel was in appalling form at St. James’ Park, capped by his poor attempt at a block for Newcastle‘s opener.

With the home side employing a fast-paced, counter-attacking style of play, Skrtel’s tendency to drop back and allow attackers space on the move gifted the Magpies a number of dangerous opportunities.

He must be more aggressive to endure under Klopp.

Contrasting with Skrtel’s shaky performance on Sunday evening, Lovren was Liverpool’s best defender; uncharacteristically calm, and decisive when moving to break up attacks.

It was a poor performance overall, but Lovren was Klopp’s standout player on the night.

In something of a hit-and-miss display from Moreno, the Spaniard contributed strongly in attack, with a number of fine deliveries from the left flank and from corners, but was consistently caught out of position in defence.

It was his poor positioning that led to Newcastle‘s opener, and Klopp will be disappointed in his lack of awareness.

Limp, lethargic and unperceptive, Lucas produced a performance of little quality against the Magpies.

The Brazilian struggled to impose himself at the base of the midfield, as a tenacious Newcastle continually overran the Reds in the middle of the park. A dismal showing from the 28-year-old.

Building on an impressive performance in Wednesday night’s 6-1 win away to Southampton, Allen provided Liverpool with a strong link between defence and attack once again against Newcastle.

Lacking the physicality of the suspended Emre Can however, Allen allowed the midfield battle to pass him by at times.

Leagues away from the performance of a Liverpool captain, Milner was sloppy both on and off the ball, and undermined the Reds’ buildup in attack.

Switching from a left-sided attacking role to the centre of midfield on the introduction of Adam Lallana and Daniel Sturridge, Milner improved slightly, but will not have impressed Klopp with his execution.

Struggling to support in attack due to the disappointing, confused output of Christian Benteke, Firmino saw the afternoon pass him by, restricted to grunt work in the midfield.

Replaced by Daniel Sturridge just after the hour mark, the 24-year-old will be looking to put this one behind him quickly.

An enigmatic display from Ibe, who flattered to deceive despite representing Liverpool’s most threatening attacking player.

The former Wycombe Wanderers man made a number of devastating runs through the Newcastle defence, but failed to create any meaningful chances in the final third.

An albatross in attack, Benteke failed to lead the line with any distinction, dropping off when he was needed to spearhead moves and lingering on the shoulder of the Newcastle defence when the Reds needed support off the ball.

Benteke seems wholly unsuited to Klopp’s vision of Liverpool, and these performances are alarmingly frequent.

Daniel Sturridge (on for Benteke, 62′) – 5 – Flashed a couple of promising opportunities wide of Rob Elliot’s goal, but did little else of note. Lacking sharpness after injury.

Adam Lallana (on for Firmino, 62′) – 5.5 – Linked up play well when Liverpool needed quality in the final third, and gave Sturridge a golden opportunity with a sumptuous through ball at 1-0 down.

Divock Origi (on for Ibe, 75′) – 5.5 – Like Lallana, Origi showed some nice touches as Liverpool pushed for an equaliser, but could not add to his three goals from Wednesday night.

The German can hardly be criticised for his team selection, and will be disappointed with his side’s output in a thoroughly deserved defeat.

Klopp was simply let down by his players on a cold afternoon on Tyneside, and will no doubt dissect this lacklustre display with assistants Zeljko Buvac and Peter Krawietz as he looks to improve.

He will be desperate to ensure this is a one-off from his new side.