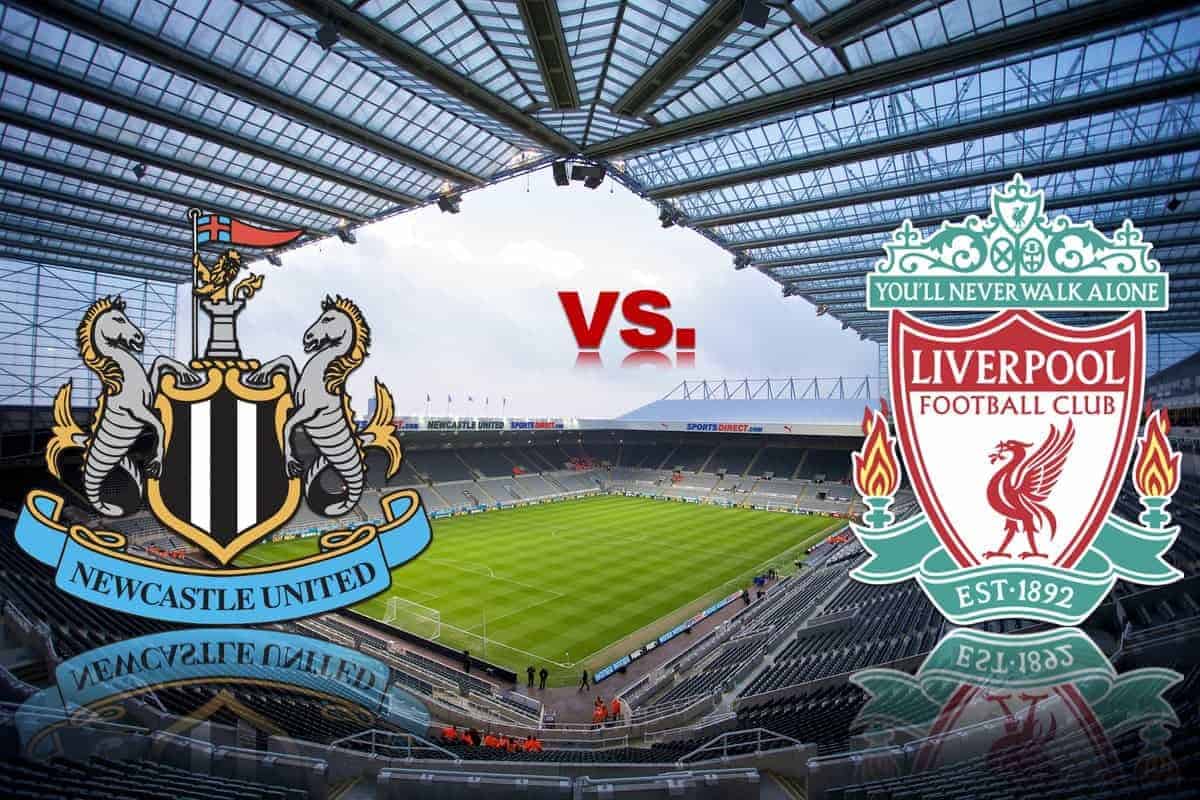 Liverpool head to St. James’ Park to take on struggling Newcastle United on Sunday afternoon, as the Reds return to Premier League action. Liverpool have responded perfectly to the only defeat suffered under the German against Crystal Palace, winning all four games since including back-to-back league wins, totally transforming the season in the process.

Maintaining the building momentum will be the aim of the afternoon in the north east for Klopp’s men, who look to close the gap on the top-four positions once more as they move themselves into the chase for a Champions League place.

The Reds at St. James’ Park Liverpool face Newcastle for the 170th time on Sunday at St James’ Park.

The Reds have a poor recent record on Tyneside, with one win, one draw, and three defeats to show from their previous five visits.

But Liverpool have lost only one of their last six meetings with the Magpies, that coming last season with Brendan Rodgers’ men slumping to a miserable 1-0 defeat.

A poor showing for large parts of the contest was eventually punished by Ayoze Perez’s 73rd-minute strike, with the Spaniard smashing past Simon Mignolet from 12 yards after Alberto Moreno had failed to clear his lines in the box.

Braces apiece that day from Daniel Sturridge and Jordan Henderson, and strikes from Daniel Agger and Fabio Borini, fired the Reds to their biggest Premier League away win for a decade.

Though Klopp’s men will do well to hit six for a second successive match, three points and a similarly enjoyable afternoon will be the order of the day from the German. Newcastle have endured a terrible season to date, sitting 19th in the Premier League table.

McClaren’s men – who have scored just twice in their last five matches – will be looking to respond to successive defeats and last week’s humiliating 5-1 loss against Palace, meaning Klopp’s side will have to wary of a potential backlash.

The Geordies have won only once at home this season though – a 6-2 success over Norwich – and have conceded the highest amount of goals in the league, along with Bournemouth, who Newcastle’s only other league win this season came against.

In stark contrast, the Reds arrive full of confidence and in brilliant form having won seven of their last eight in all competitions and three of the last four in the league.

The Reds are unbeaten away from home under Klopp – winning two of three tough league away trips – and arrive with increased belief that they can add to their strong form following their dismantling of Southampton on Wednesday.

A fifth win in a row for Klopp’s men on Tyneside is priced at 4/7, with a return to winning ways for the home side valued at 9/2 and a draw available at 10/3.

At a time when he can ill afford one, McClaren finds himself with an injury crisis on his hands.

The Magpies boss is without first-choice ‘keeper Tim Krul, as well as defenders Steven Taylor, Massadio Haidara and Jamal Lascelles.

Midfield options Cheick Tiote, Rolando Aarons and Gabriel Obertan will also miss the Reds’ visit, as will striker Emmanuel Riviere, leaving McClaren with just 18 players available – including a couple of the club’s youngsters.

That squad could be boosted to 19 with the potential return of centre-back Mike Williamson, who has been recalled from a loan spell at Wolves but is touch-and-go after picking up a hamstring problem.

Positively for McClaren, Moussa Sissoko, Georginio Wijnaldum, and Perez are all fit to feature – three men Klopp’s side must pay close attention to.

Playing at a high tempo with fluid movement in the final third, attacking the suspect Geordies’ defence from the off, could be key on the day for Klopp’s side, who could also find scoring the first goal proves vital to enjoying a productive afternoon against McClaren’s fragile team.

Before his first trip to St James’ Park as Reds boss, Klopp said:

“People expect us to win this game – we expect to win it too. We always do, but that doesn’t mean we don’t have respect for the opponent.

“We can’t start like we did against Southampton. We need to be concentrated from the first seconds. We must be prepared.”

The under-pressure Magpies manager said ahead of Liverpool’s visit:

“The mood is focussed and determined, and we know that we can turn it around with one result because we have good players.

“Jurgen Klopp is a quality coach who I know from Germany. I can see what [Borussia] Dortmund had in the Liverpool team. It’s coming.”

The  clash against Newcastle will be shown live on Sky Sports 1 for the second match in a row, with the St. James’ clash the only Premier League fixture on Sunday.