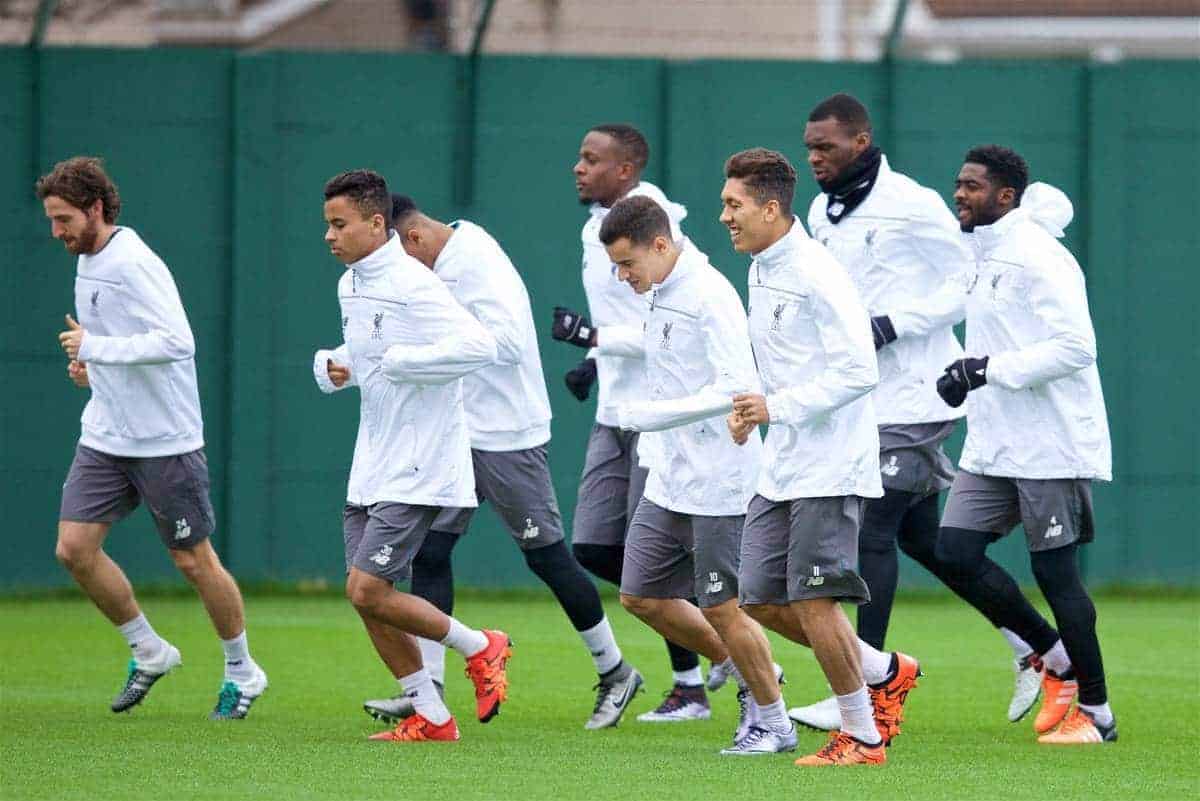 Liverpool return to Europa League action on Thursday night when they head to Switzerland to take on qualification hopefuls, FC Sion.

Jurgen Klopp’s Reds play their final game of the Europa League group stage against Didier Tholot’s side at Stade Tourbillon.

Pressure is largely off for Liverpool having already qualified for the knockout stage, but Klopp’s men do have the chance to win Group B, which they will be looking to do by claiming a third straight European victory to remain undefeated in the tournament in the process.

Contrastingly, Thursday’s clash is a huge one for Sion, who are seeking to join the Reds in the next round, and the Swiss outfit will be looking for a first ever win over Liverpool to ensure of their advancement, though a point will also be enough. The Reds head to Stade Tourbillon for the second time in their history, with Thursday’s clash only the fourth time the two sides have met.

That only previous meeting in Switzerland saw the Reds claim a 2-1 victory in 1996, courtesy of goals from Robbe Fowler and John Barnes after Liverpool had fallen behind to Christophe Bonvin’s opener.

The two clubs of course played out a 1-1 draw at Anfield in the second matchday of the competition in October; a fixture that would prove to be Brendan Rodgers’ last Anfield outing as Reds boss.

Adam Lallana slotted the Reds ahead after four minutes from Divock Origi’s driving run and cut-back, but the lead lasted only 13 minutes, when Ebenezer Assifuah squeezed his calm finish inside the on-rushing Simon Mignolet’s near post.

Liverpool have beaten Sion in all three previous meetings between the two sides – including an eventful 6-3 win at Anfield in 1996 – and Klopp’s side seek to make it four wins from four on Thursday.

Sion have enjoyed a better time in European campaign than in domestic Super League so far this season.

The Swiss outfit sit 6th in the league table currently, 21 points off first place having won only six of 18 games.

Tholot’s side are on a poor recent run posting just one success in their last seven games in all competitions – a 2-0 victory over former Red, Markus Babbel’s, FC Luzern.

It’s been somewhat the reverse in European competition, however.

Sion – who lost 2-0 against Rubin Kazan last time out – have tasted defeat only once in five games, and are unbeaten at home – a record that will see them progress for the next phase should they maintain it.

Similarly to Sion, Liverpool have been solid if unspectacular in Europe, sitting unbeaten after posting two wins and three draws from five matches.

After defeat to Newcastle, Klopp will be keen to ensure of a return to winning ways at the first attempt against the Swiss outfit, to end a productive group phase in positive form.

A third successive European win for Klopp’s Reds is priced at 6/5, with a draw that would see Liverpool top the group available at 2/1 and a Sion victory valued at 13/5. Tholot has a healthy squad at his disposal for a vital game on Thursday night.

Defender, Birama N’Doye, is the only man missing for the Reds’ visit, after being sent off in their loss to Rubin Kazan two weeks ago.

Top scorer Moussa Konate has a fractured hand but the Senegalese striker could feature with Sion relying on him to produce the goods at Stade Toubillon, where the Swiss outfit are to be roared on by a 10,000 strong attendance, their biggest crowd of the European home games.

Tholot has deployed a 4-2-3-1 and 4-3-3 formation in each of Sion’s last European fixtures, and with the need to secure a point against Klopp’s men, he could go with the latter set-up that saw his side claim a draw at Anfield two months ago. “Sion are a good counter attack team [with] a good idea of the game. I know they play on Sunday against Basel in the cup quarter-final.

“Watching the last three games [of an opponent] is more important than our last game against them. We are absolutely prepared.

“The injury [to Sturridge] is not that serious. He felt something in the muscle when shooting against Newcastle. We have to build up his resistance. It is not easy to say when he will be back.”

Divock Origi joined the German in media duties, and said:

“We are ambitious. Our objective is to win the game tomorrow and go forward as group winners.

“As a striker it’s always important to score goals. The end product was there against Southampton. I want to continue in this way.”

The Reds’ final group stage fixture will be shown live on BT Europe in the UK, Fox Sports 1 in the US, as well as BEIN Sport and SuperSport, with kick off at the earlier time of 6pm GMT.