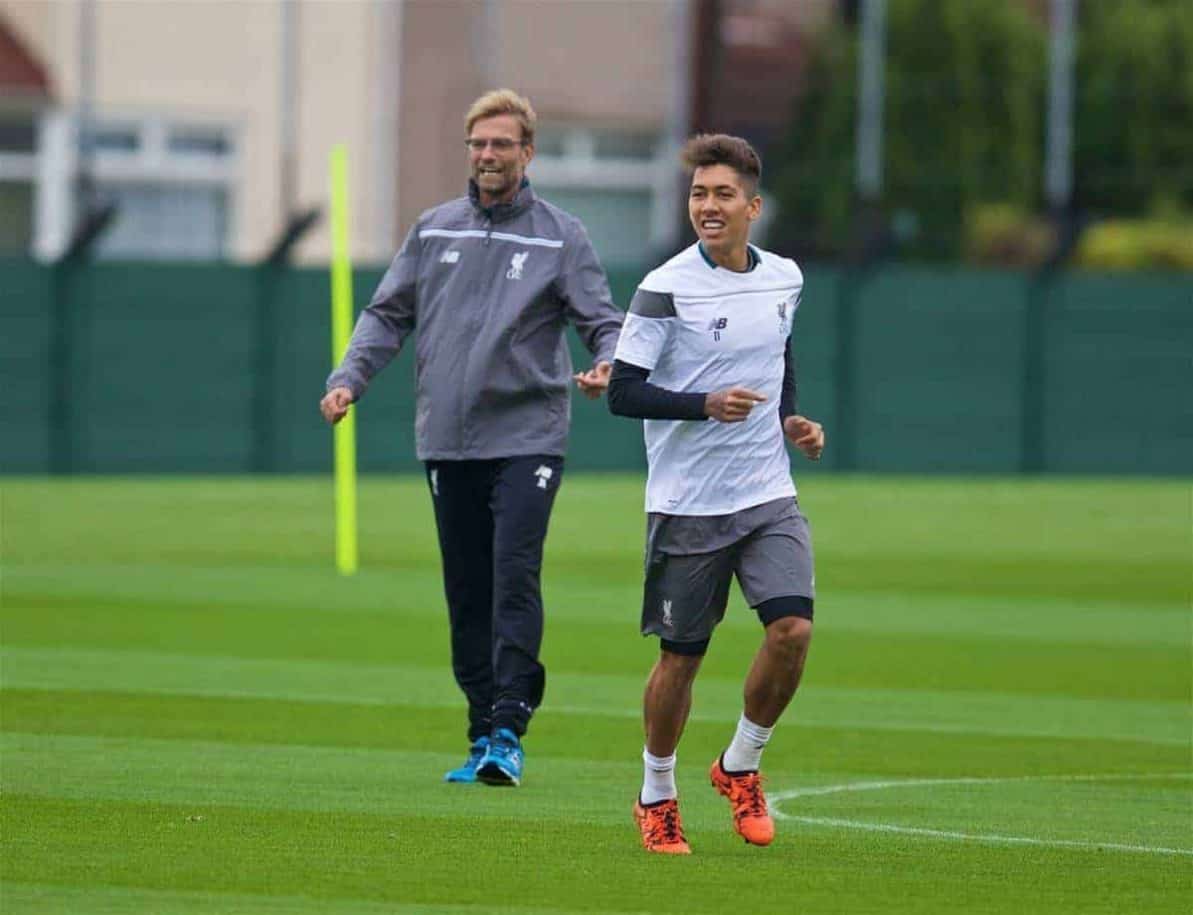 Roberto Firmino has spoken of his delight at the appointment of Jurgen Klopp, saying Liverpool can achieve great things under the German.

With a big-money move followed by a slow start in an unfamiliar role, Firmino’s transition to life at Liverpool was a tough one.

But after settling into the squad and benefiting from the tutelage of an old adversary, Firmino is becoming the key player that supporters expected on his arrival from Hoffenheim in July.

The appointment of Klopp has played a big part in the Brazilian’s improvement, and Firmino believes the German can bring success to Merseyside.

“I was really happy [when he joined],” he told the Telegraph‘s Sam Wallace when asked about his relationship with Klopp.

“I hadn’t really been playing up to that point and he knew me and I knew him.

“We get on well. He gets on with all the players.

“He has made a really good impression.

“The German mentality is really good and it is something that I also have a bit of too.

“I speak German to him but I can understand a lot of English already because I am studying.”

This result underlined the Reds’ credentials under Klopp, and Firmino believes that his new side can emulate the success of a Dortmund side that he faced on nine occasions during his time with Hoffenheim.

“He’s an excellent coach,” he continued.

“He managed Dortmund and has won titles in the Bundesliga, which is very difficult. He has always been really competitive in the Champions League.

“He’s having an effect already. I think we can achieve things.

“His Dortmund team were difficult to play against. They defended very well and they were good on the ball.

“I have played against him and scored against Dortmund. I made assists against them.

“I have good memories. From now on I hope we can do some of that together.”

Fit, firing and completely on board with his new manager, Firmino looks set to play a key role as Liverpool quest for a top-four finish.

Under Klopp, this is now a realistic proposition.