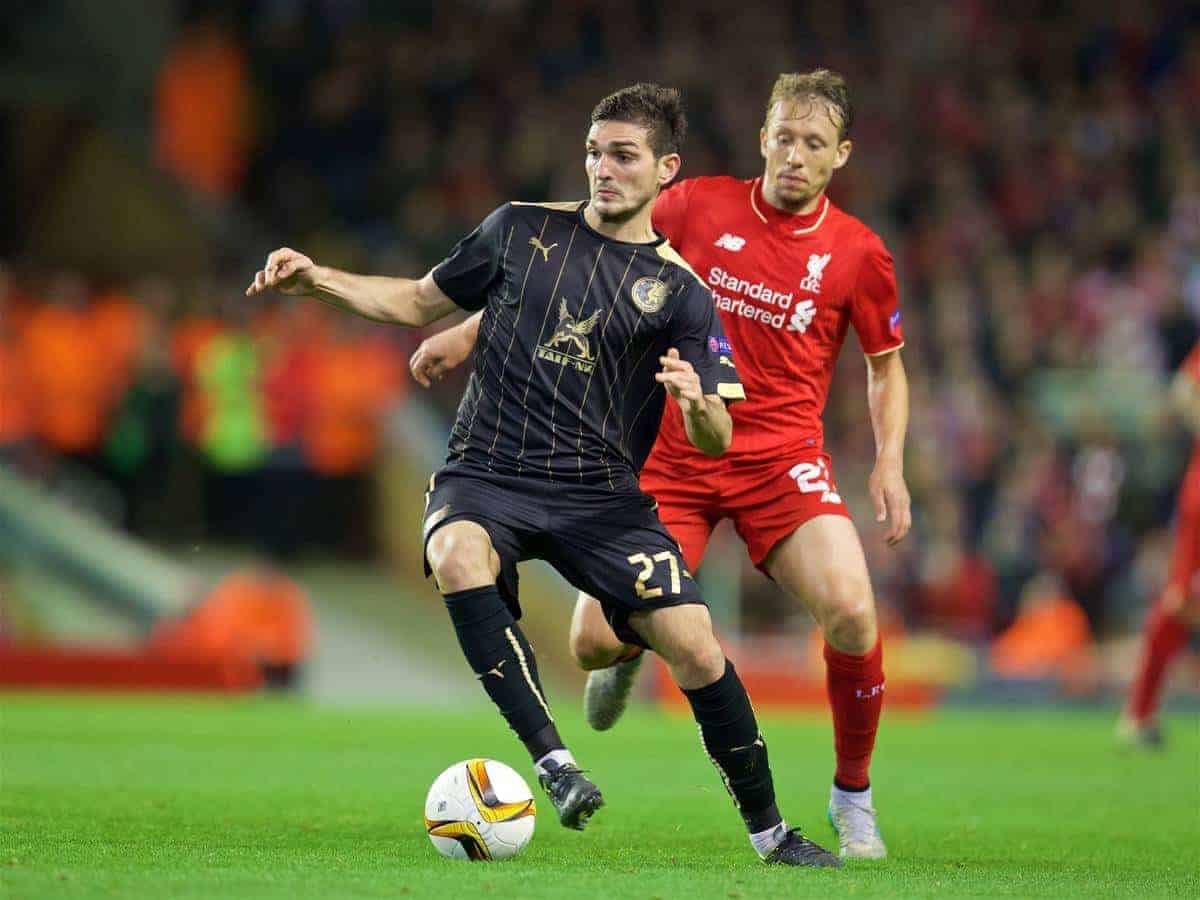 Rubin Kazan midfielder Magomed Ozdoev is said to have sparked the interest of Liverpool, with reports in Russia linking the Reds with a move.

Ozdoev featured in both of the sides’ Europa League clashes this season, and looks to have caught the attention of Liverpool transfer bosses.

That is according to Russia’s Sport Express editor-in-chief Artur Petrosyan, who suggests that the Reds have joined three other clubs in the race to sign the 23-year-old.

This interest seems to have been magnified following the arrival of Jurgen Klopp.

Petrosyan claims that the German “had a 15-minute chat” with Ozdoev when Liverpool were in Kazan for November’s 1-0 victory.

Schalke, Lyon and Spartak Moscow are said to be the other clubs pursuing Ozdoev, who has a release clause of just over £4 million in his current contract, which runs until 2019.

Ozdoev came on as a half-time substitute the Reds’ win in Kazan last month, providing stability to Valeriy Chaly’s midfield, completing 86.5 percent of his passes.

Capable of operating from the base of the midfield to an attacking role behind the strikers, Ozdoev would be a useful option for Klopp.

Petrosyan describes the former Lokomotiv Moscow man as “quick, good at pressing, tackling, counter-attacking [and] key passing,” qualities that suggest he could be moulded into a box-to-box midfielder on Merseyside.

Having made 17 appearances in the Russian Premier League so far this season, Ozdoev is a key player for Chaly’s side, after joining on a permanent transfer in the summer, following a successful loan spell.

But a move to Liverpool could prove tempting, with Klopp’s influence no doubt significant.