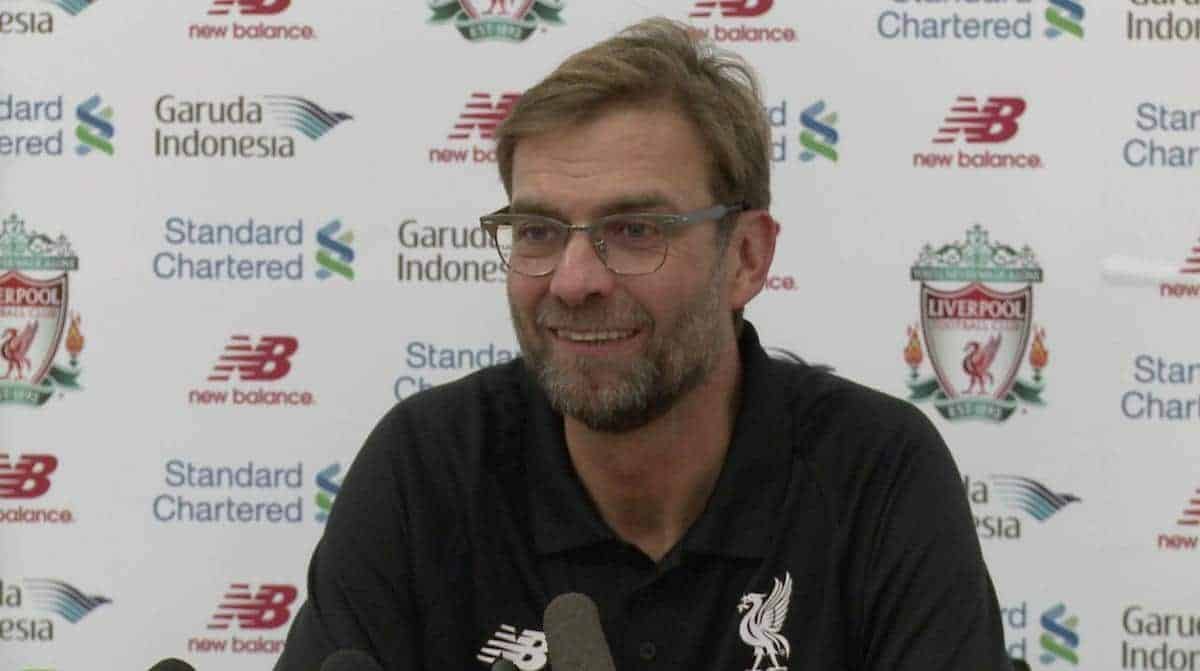 The Reds’ boss provided a fitness update on Daniel Sturridge, Martin Skrtel, Dejan Lovren, James Milner, Simon Mignolet and Jordan Rossiter – with Lovren and Mignolet the only ones able to return against Leicester.

Klopp also discussed the January transfer window, Christmas, his relationship with the fans, and opponents Leicester.

“I like to be close with the fans but it is not a thing from one side, I cannot say, ‘Come on, let’s do this together’ we have to build it up,” said Klopp. “That is how it should be in football.

“For me it is always a common fight, always together.”