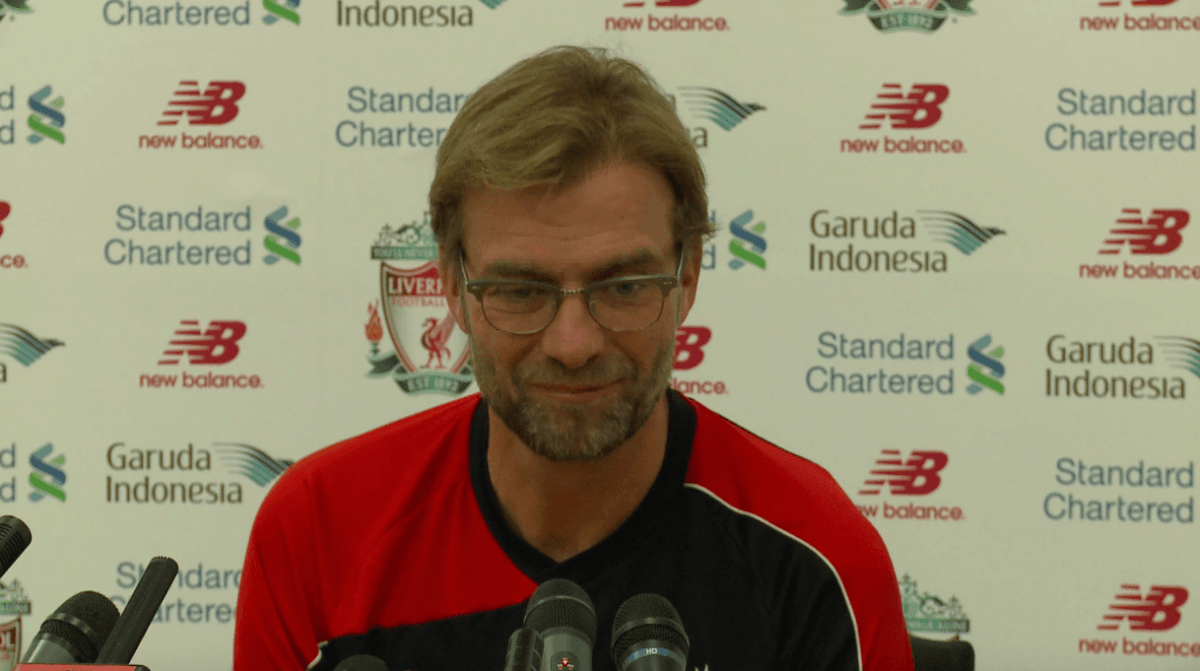 Watch Jurgen Klopp preview Liverpool’s League Cup quarter-final trip to Southampton during his press conference at Melwood on Tuesday uncut and in HD.

The German manager has quashed suggestions Liverpool are hunting for a new goalkeeper after declaring himself happy with current first choice Simon Mignolet.

Ahead of the January transfer window, which will be the German's first at the Anfield helm, the Reds have been linked to a number of shot-stoppers in recent days, including Stoke's England international Jack Butland.

However, speaking before the Capital One Cup clash with Southampton on Wednesday, Klopp moved to back Belgian international Mignolet, who he believes is turning his Liverpool career around after a number of mishaps during predecessor Brendan Rodgers' reign.

"I'm sorry to kill your stories about German goalkeepers and different goalkeepers from Stoke – we are not looking for another goalkeeper. We have enough high-quality goalkeepers.

"Simon Mignolet – I have had a lot of goalkeepers in the last few years and he is one of the smartest I've ever had. He is completely open. He's young enough to develop, to improve.

"He had not the most easy situation before I came here but since I am here there is nothing to criticise, absolutely nothing. He is a good football player. Everything is okay.

"Everyone is watching for a second Manuel Neuer or things like this but he is on a really good way. The goalkeeper situation until now is a comfortable one and I hope it stays like this, of course."