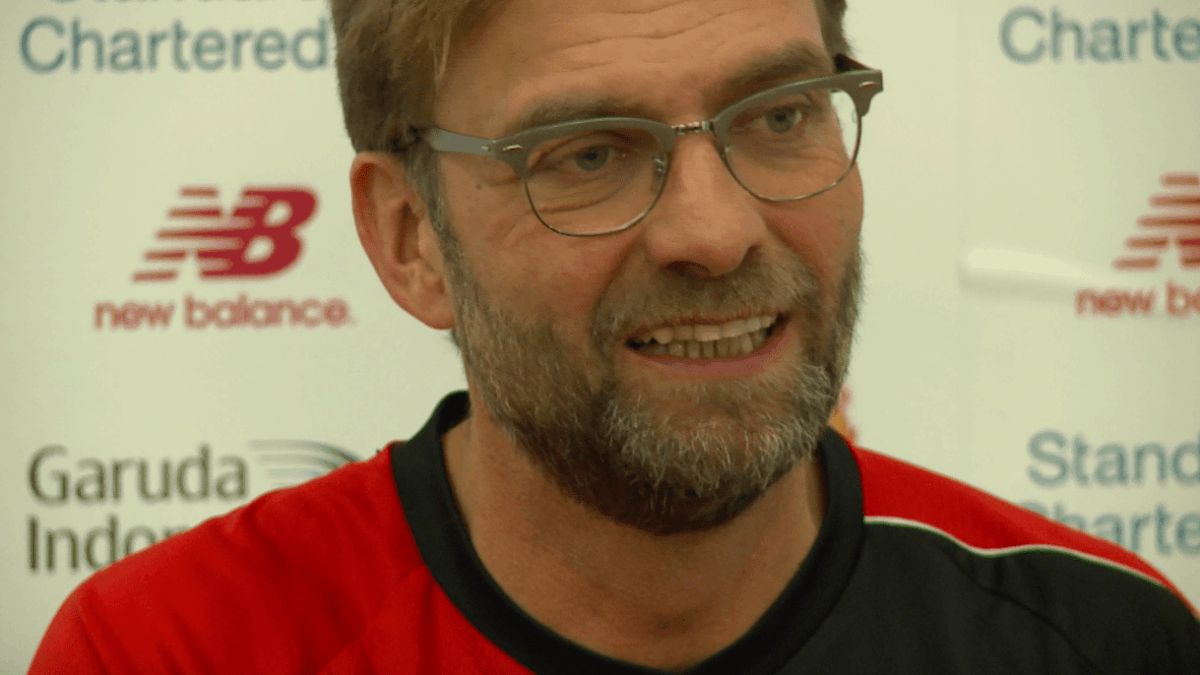 Jurgen Klopp addressed a room of press at Melwood on Monday afternoon to preview Liverpool’s final game of 2015, away at Sunderland on Wednesday night.

The Liverpool boss provided injury updates on Divock Origi, James Milner and Jordon Ibe, as well as discussing a recent “man conversation” between himself and Christian Benteke.

“We shouldn’t always create pressure on a player,” Klopp told reporters. “We spoke about a few things, that’s always important.

“He knows what he has to do, it was not too easy to come in [as a substitute against Leicester].

“He’s a player with such potential.”

Sunderland v Liverpool gets underway at 7.45pm at the Stadium of Light on Wednesday, 30th December 2015 and is live on Sky Sports 1 in the UK.