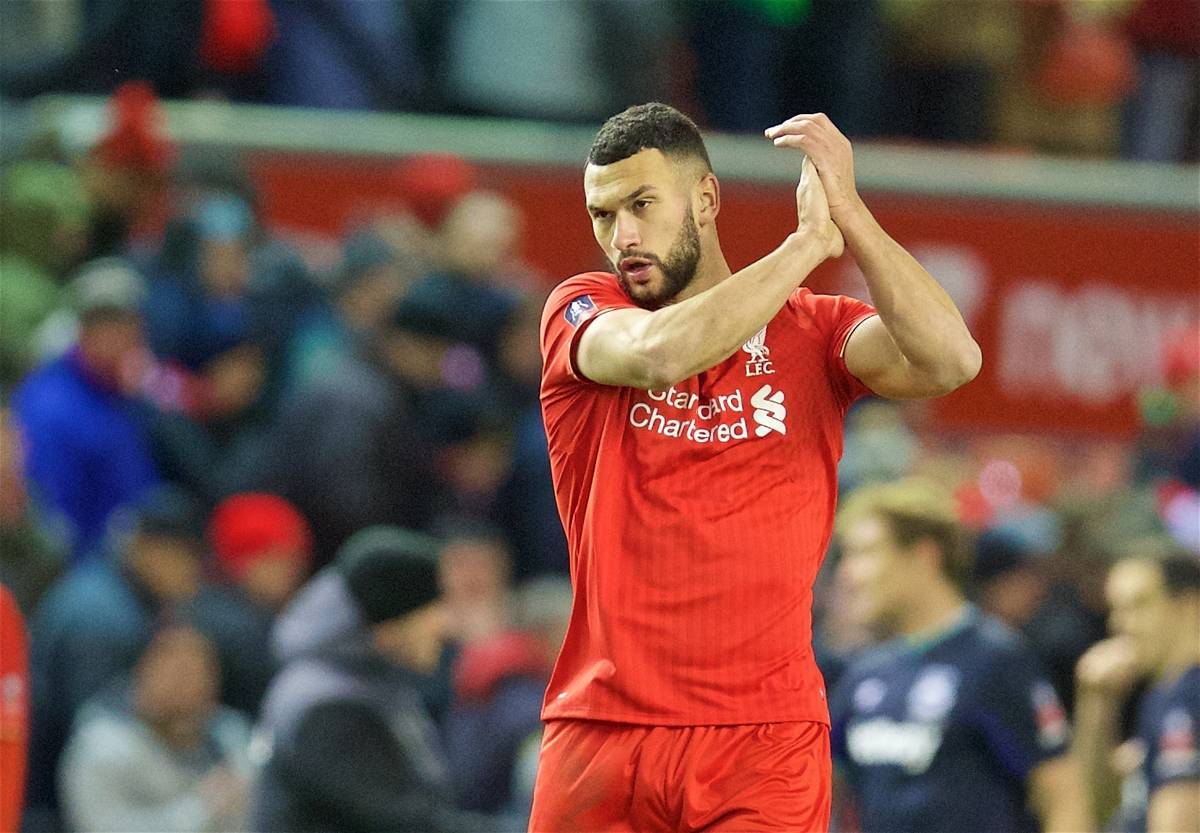 Following Liverpool’s goalless draw against West Ham in the FA Cup fourth round on Saturday, we round up the best media reaction from the Anfield showdown.

This was not a classic encounter on Merseyside, and a far cry from the unforgettable FA Cup final clash between the Reds and the Hammers a decade ago.

Jurgen Klopp‘s side were the better of the two teams on the night, but once again a lack of composure in front of goal proved to be their downfall.

The youngsters that Klopp fielded should feel proud of their efforts, however, in particular the midfield duo of Cameron Brannagan and Kevin Stewart.

The draw means that a replay is now required at Upton Park in February, which will add further congestion to the Reds’ continued fixture pile-up this season. At least they’re still in the hat, though.

Here is how the media reacted to the game: The Liverpool Echo‘s Kristian Walsh heaped praise on Liverpool’s young players, and feels they deserve another crack of the whip in the replay:

Exeter was just child’s play compared to this. This was not just a Premier League side, but one that sits one place and two points above the Reds; one that took six points from their two meetings this season, scoring five without reply.

It was always going to be a difficult evening for Klopp’s kids. Granted, they had a more senior centre-back partnership to combat the threat of West Ham, but Slaven Bilic was not in a charitable mood. The Croatian selected his strongest side possible; this would be a character-building night, if nothing else, for the Reds.

Consider it built. A gritty goalless draw is just reward for their endeavour.

In terms of development of the younger players, these 90 minutes were far more useful than the show against Exeter. Though the team excited against the League Two side at Anfield, this is where players truly learn their craft.

Klopp’s annoyance at the fixture pile-up is understandable, but it is the best possible thing for some of these younger players. Another chance to shine, another lesson to be learnt. They deserve it.

David Maddock of the Mirror admitted that it was far from the most eye-catching of spectacles:

As much as this was an interesting contrast between the contrasting demands on each manager, we shouldn’t get too carried away with the idea that made for a quality game.

It didn’t. It was too sterile, with running and passing in midfield the go-to for both teams, and little imagination over the course of the 90 minutes.

Not even Dimitri Payet found any space to perform his magic for long stretches of the game, and that was a shame, because he was the one player here football crowds would pay good money to see.

This modern trend towards pressing is all well and good, but when side cover more than 150km per game – as Liverpool did in midweek – then it leaves little room or time for expression. The Telegraph‘s Sam Wallace was another who admitted it was a half-hearted affair, and believes Klopp will be frustrated at the thought of yet another fixture for his side:

This was FA Cup football with the Premier League handbrake on: two teams anticipating midweek league fixtures and assigning only as much resources to a fourth-round tie as their respective managers might dare, given the challenges that lie ahead.

Both clubs play in the league on Tuesday night and having failed to decide this tie on the night they will have to reconvene at the Boleyn Ground in the week after next.

There were too few chances to decide it, although a much less experienced Liverpool team than their West Ham opponents shaded it in terms of performance – the question will be whether Jurgen Klopp commits more first-team players to the replay.

Klopp sent on Sheyi Ojo and Jerome Sinclair to try to force the issue but this never felt like an urgent, important cup tie despite the fact that both these clubs could really do with a trophy of this magnitude.

The replay will be unwelcome for them both although before that there is Leicester City on Tuesday for Klopp’s side. It took them two games to get past Exeter too in the previous round and the Liverpool manager will hardly be delighted to get another double-header against challenging opposition.

James Pearce of the Echo felt Klopp’s team selection paid off in general, but was highly critical of yet another insipid showing from Christian Benteke:

Klopp will feel that his selection was vindicated. Liverpool remain in the FA Cup and his first choice line up will be refreshed and ready for Tuesday night’s trip to Premier League leaders Leicester City.

But the manager will surely regret not having a bit more quality on the bench capable of settling this tie at the first attempt. West Ham won’t be this poor in the replay.

The failings were painfully familiar as chances went begging and the Reds’ dominance went unrewarded. West Ham keeper Darren Randolph was exceptional but there were times when he should have been taken out of the equation.

Christian Benteke endured yet another day to forget as his barren run stretched to nine matches. Just as in the previous round against Exeter, the £32.5million frontman was put in the shade by the contribution of the rookies all around him.

Rather than stake a claim for a starting spot at Leicester on Tuesday, Benteke merely showed why he will be relegated to bench duty once again.

In his ESPN player ratings, Steven Kelly lauded the performances of Brannagan and Joao Teixeira, but bemoaned Benteke’s lack of commitment:

Brannagan (8/10) – Good quality throughout, including a marked improvement in set-piece delivery from that of James Milner‘s. Blasted a fine left foot shot which almost gave Liverpool the lead in the first half. He understandably faded a little but still played his part in the pressing game that has become Klopp’s trademark. Easily his best performance for Liverpool so far.

Teixeira (7/10) – More trickery and lots of hard work, he perhaps could have scored in the second half but wasn’t given the ball when free in the penalty area and on another occasion shot tamely at the goalkeeper. Bizarrely replaced by Jose Enrique at the very end, he was one of the few players who can be proud of their overall contribution.

Benteke (4/10) – This is now taking on the look of a standoff between player and manager. The Belgian simply does not commit himself fully on such occasions, sparking impatience in the crowd. If he really feels he deserves a regular start in the team, he’s going the wrong way about it. Though any debate over the service he receives will continue, Benteke is not meeting his teammates or manager even remotely halfway.