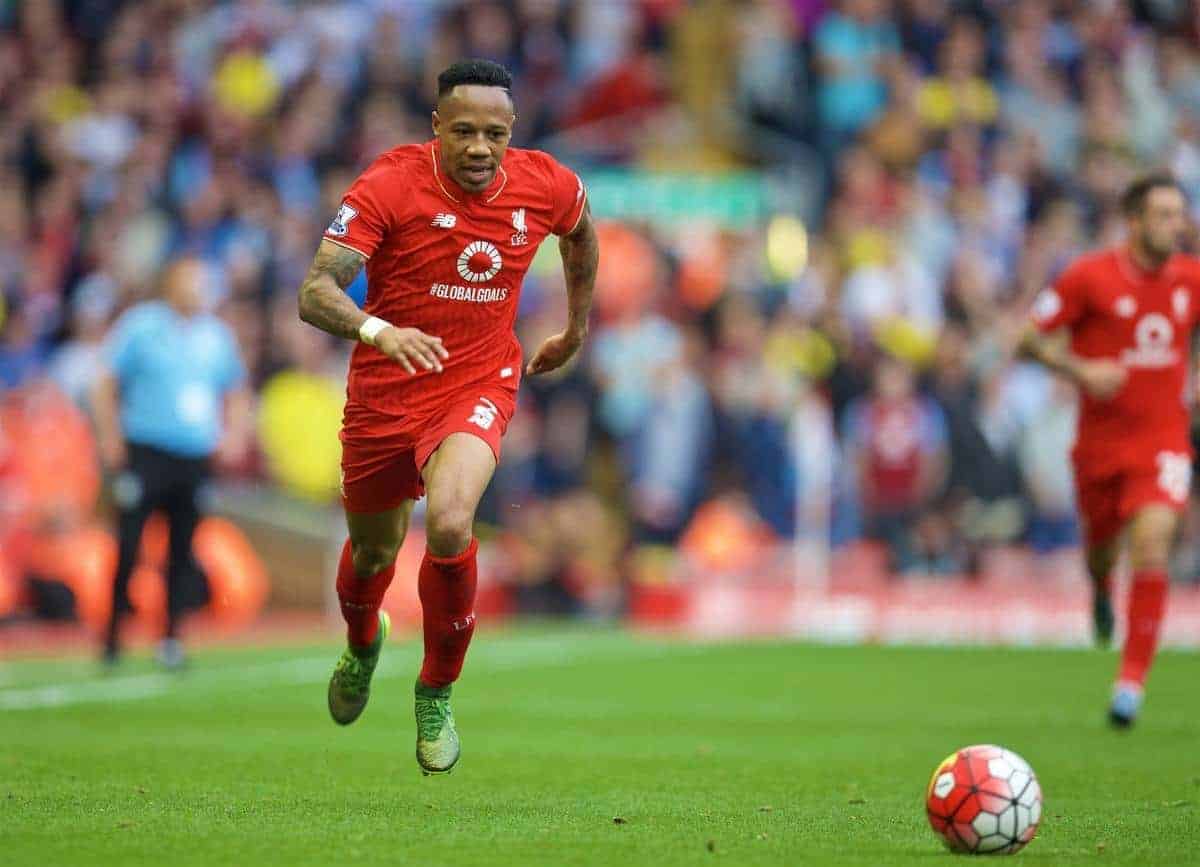 Liverpool’s one-in, one-out policy is set to continue this week, with the players at Klopp’s disposal at Anfield on Tuesday once again impacted by injuries.

Speaking to reporters on Monday afternoon, the German confirmed that while Dejan Lovren is likely to return to his squad against the Potters, the typically durable Clyne could miss out.

“Dejan, after three weeks [out], he trained yesterday, the complete session,” he said.

“That was good, but three weeks out—we have to see.”

Lovren suffered a hamstring injury in the first-leg win over Stoke at the beginning of January, and after a lengthy spell on the sidelines, Klopp confirmed that Mamadou Sakho and Kolo Toure are likely to start at centre-back.

This would leave Lovren in reserve, with Steven Caulker ineligible.

Klopp has fewer options at right-back, however, after Clyne took a knock during Saturday’s 5-4 win over Norwich City, leaving Jon Flanagan as the German’s alternative.

“Clyney got a knock on the knee, I think today it won’t work [in training],” he explained.

“We have to see what will happen overnight.

“We have Flanno. Ninety minutes or more is not the best thing, but he is ready.

“Of course it would be better if Clyney [is fit].”

After 20 months out with a variety of knee injuries, Flanagan made his return to the first-team setup with a second-half appearance against Exeter City in the FA Cup.

Klopp has expressed an admiration for the 23-year-old during his recovery, and his wholehearted brand of defensive play will no doubt endear him to the former Borussia Dortmund manager.

This would be a major test, however, and it is clear why Klopp would prefer to field Clyne in his back line at this stage.

Offering no other injury updates in his Melwood briefing, Klopp indicated that Martin Skrtel, Daniel Sturridge, Divock Origi and Philippe Coutinho would all remain out.