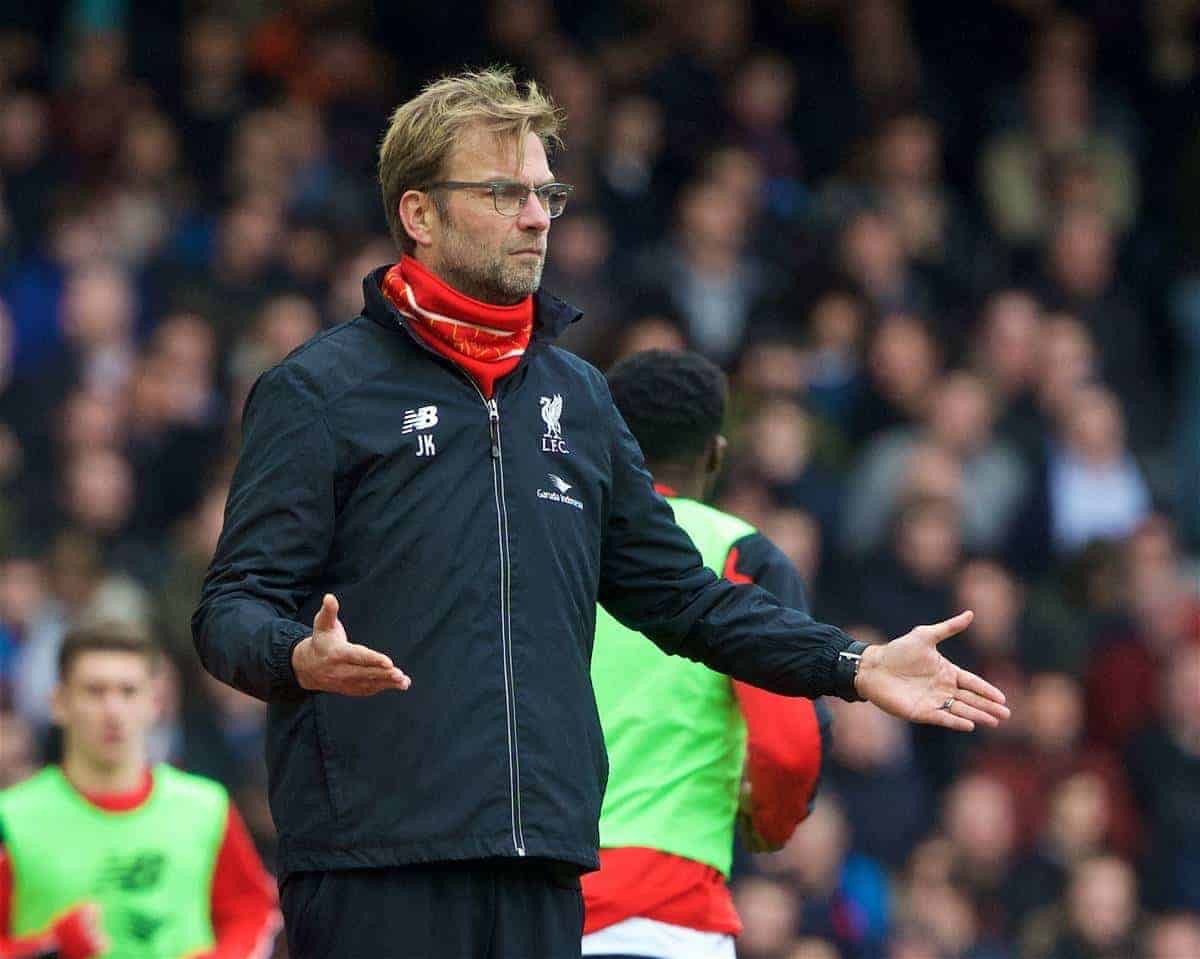 Liverpool boss Jurgen Klopp couldn’t hide his frustration after a poor 2-0 defeat to West Ham in the first game of 2016.

“We had our moments, we played football and we tried – and that’s what we have to do,” said Klopp.

“But if you don’t fight, if you fight in these moments not with 100 per cent but with 95 per cent, it’s not enough.

“If you know in the other team it’s Andy Carroll – how can you allow crosses?” he questioned.

Liverpool lost their sixth game of the season, with four of them arriving under Klopp’s management – against Crystal Palace, Newcastle, Watford and now West Ham. All teams who have outmuscled and outfought Liverpool far too easily.