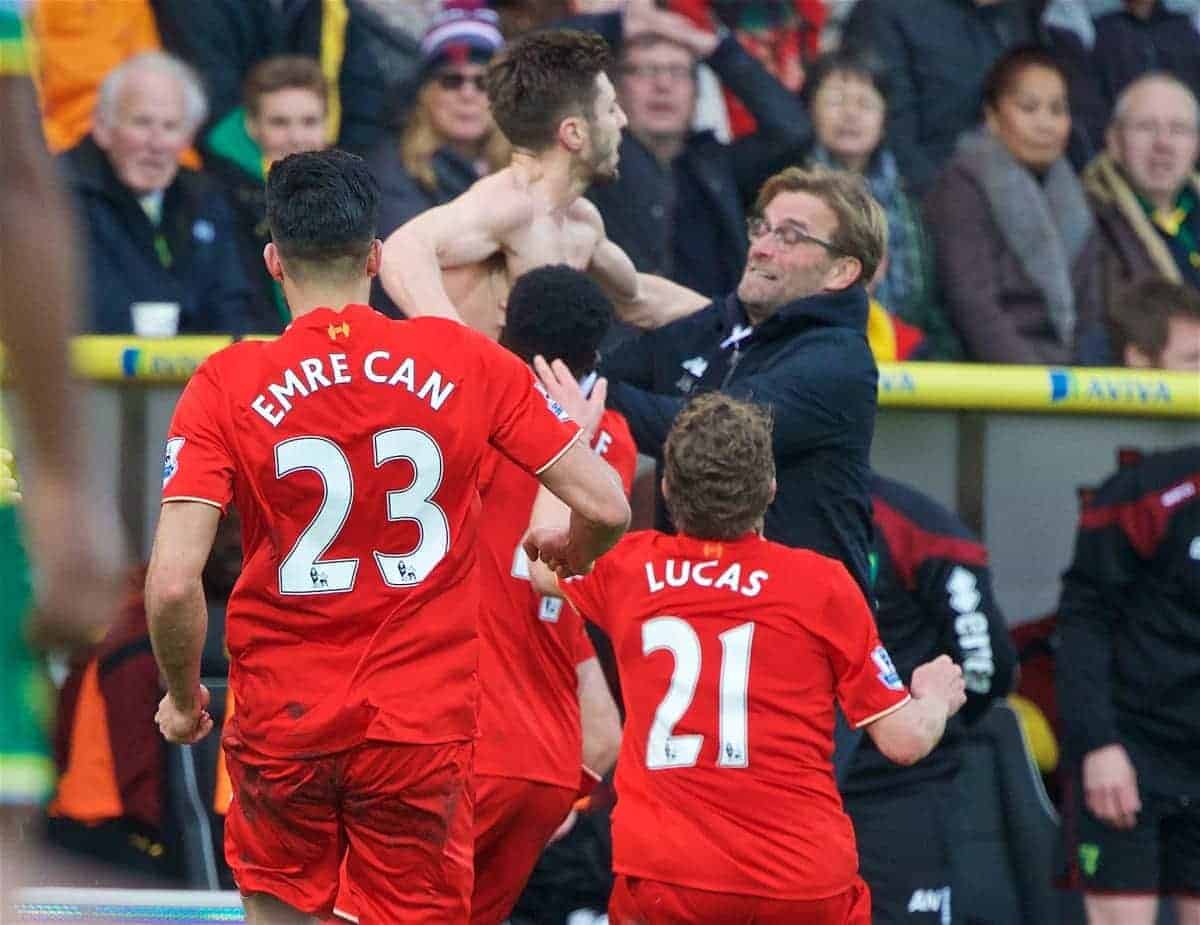 One video edit though, by the talented ‘Mostar’ account has been getting particular attention, with the club’s official twitter account even retweeting it, and academy winger Sergi Canos – currently on loan at Brentford – also commenting on the viral video.

Here it is, to the Baywatch theme tune:

It was another late goal for the Reds, following on from the late equaliser against Arsenal last week and Klopp has certainly instilled a never say die attitude among the players.

Indeed, no Premier League team has scored more goals after the 75th minute than Liverpool (7) since Klopp’s appointment in October.

“I think the whole squad, everyone involved, was on the pitch. I’ll take a booking for that one.

“(After) their goal in the 94th minute I remember asking the ref ‘how long left?’ and he said ‘one minute’.

“The next thing I knew the whistle had gone and we had all three points.

“It was a great game to be involved in and one you won’t forget too quickly.”

“Liverpool are still a bit crap. The defence is a shambles at times. The fact we had to score five at Carrow Road to secure a win says it all. But how can we let that dampen our joy at the win. The sight of Klopp changing from demon to delirium in the space of seconds, as he struggled to comprehend this roller-coaster of a game was something to behold.”

Read Jeff Goulding on the madness at Carrow Road