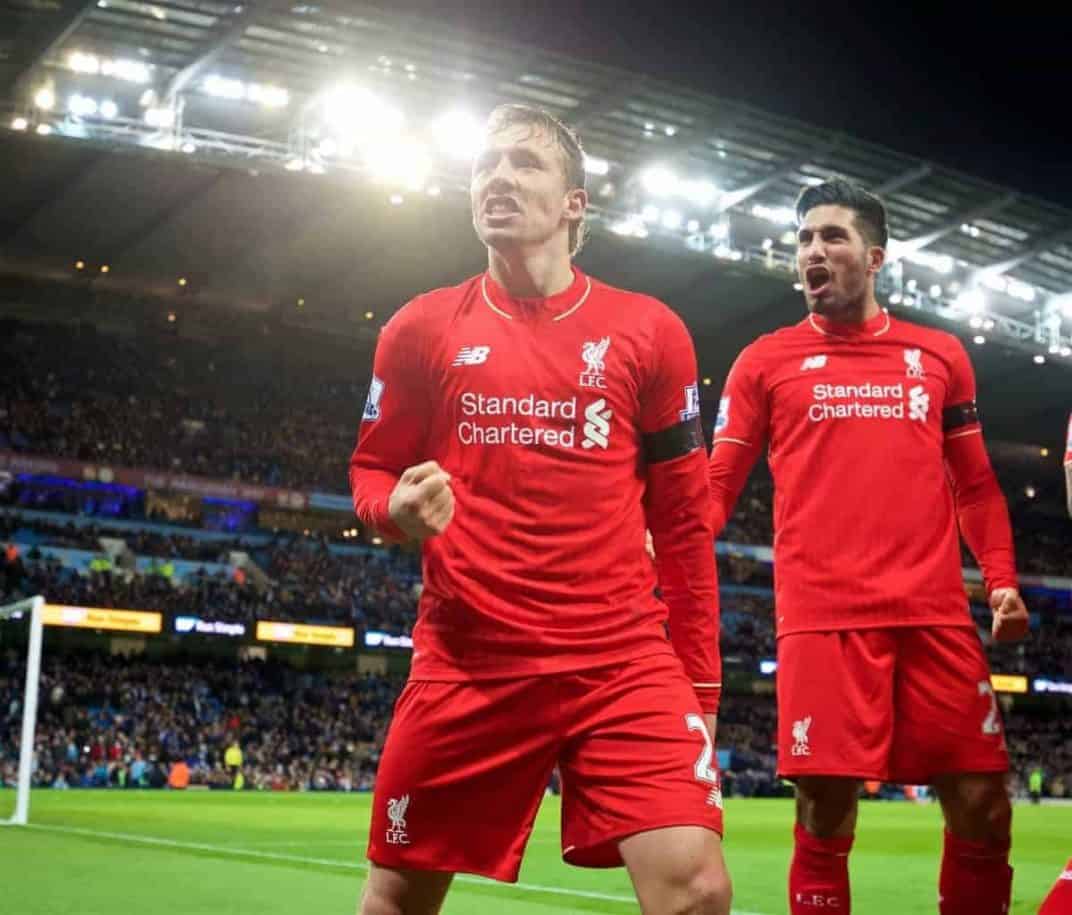 Lucas Leiva admits he was extremely close to leaving Liverpool back in August, prior to the Brazilian enjoying a new lease of life at Anfield.

When subbed in the 0-0 draw at Arsenal at the start of this season, Lucas waved towards the travelling Reds faithful, in what he admits was a goodbye message.

The long-serving midfielder was due to fly Turkey the next morning to complete a loan move to Besiktas ahead of the transfer window closing.

However, injury to Jordan Henderson saw Brendan Rodgers keep Lucas at the club and he is now enjoying life under new manager Jurgen Klopp.

“It was probably a wave saying goodbye, I was very close to leaving,” he explains.

“I learned the last couple of years that every transfer window, every time that some transfer can happen, my name will always be there because I’ve been here so many years.

“It’s normal people sometimes think that change for me would be good, for the club would be good, so I just learned that I need to enjoy every minute.

“As long as I feel that I am part of the team and I have something good to offer then I’m happy, I always said that I don’t have any reason really to leave.

“But of course I need to feel comfortable, I wouldn’t just be here for the sake of being here, I don’t think it’s my profile.

“That’s why I think I’m still here because I show I want to fight for the club.

“If I don’t feel right then something needs to change but it’s been very good for me the last three or four months I would say and I’m very comfortable at the moment in terms of games and the way I can help.”

“With the record we had against big clubs away from home people expect to maintain that or even improve. We want to keep closing the gap and these games are so important for that.

“There are a lot of games after this but for sure it’s a very important week for us in the season.”

Speaking of his recent cameo roles at centre-back, Lucas said:

“When I was very young I played a few games [in defence] but not really.

“This year I had to play a few games there, especially when people have come out with injury or a tactical change or something like that. “The Stoke game it was the case, we didn’t have any centre-halves on the bench, I had to go and fill for Dejan and just try to help.

“Of course, it’s not my position but if I’m asked to play I need to give my best and sometimes it will work, maybe sometimes it won’t work.

It’s almost nine years since Lucas joined Liverpool as a lightweight 20-year-old, and he’s had a rollercoaster career on Merseyside with plenty of ups and downs.

Not many would have predicted he would have made 297 appearances for the Merseysiders and grown into one of the most important players at the club, both on and off the pitch.

The Brazilian will always divide opinion at the heart of Liverpool’s midfield, but it is hard to deny that he hasn’t been a solid servant for the club.