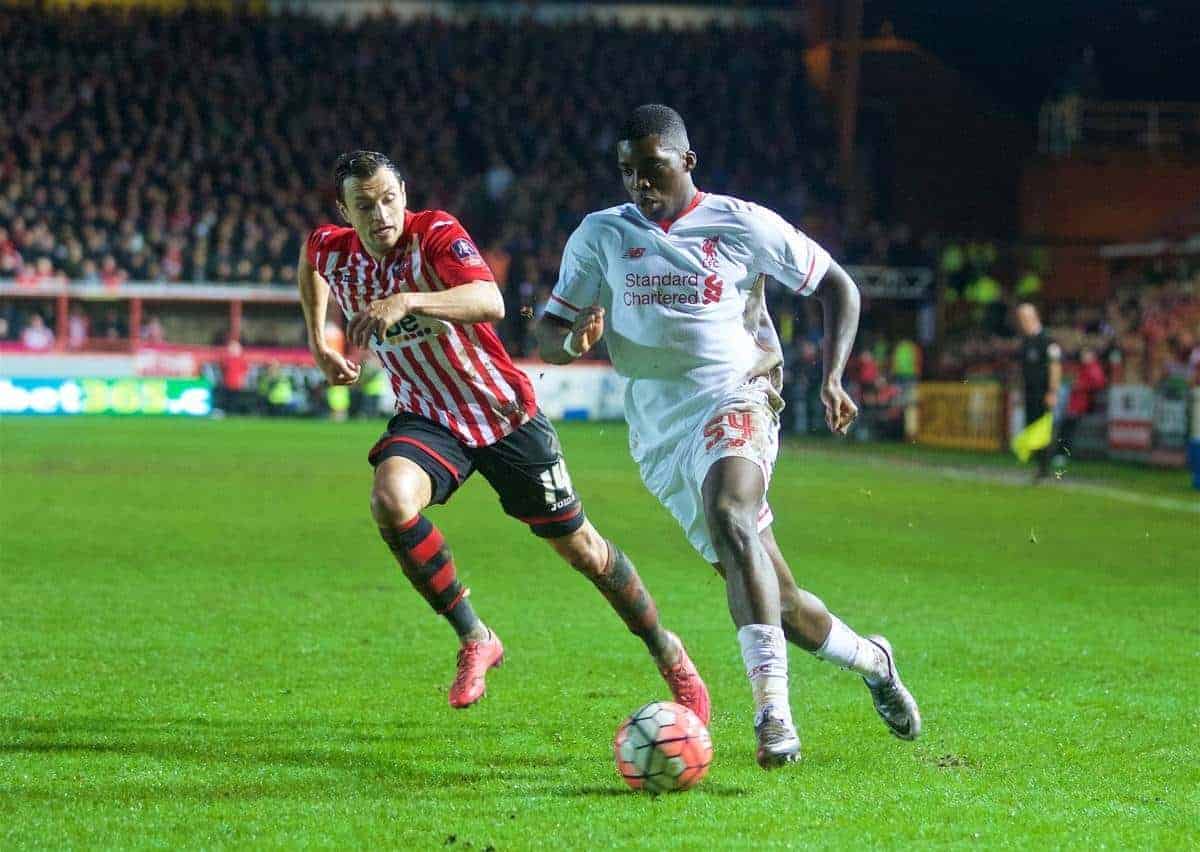 After starring in Liverpool’s 2-2 FA Cup draw with Exeter City on Friday night, Jurgen Klopp‘s young stars are keen to establish themselves in the first team.

Klopp was forced to field an inexperienced side at St. James Park, following 13 injuries in his first team.

Though Liverpool were held for a 2-2 draw against their League Two opposition, the majority of Klopp’s young players impressed, and as a result he could utilise them elsewhere this season.

Speaking after the game, Ojo said that he would look to use this appearance as a springboard into a regular first-team role.

“I’ve been looking forward to that moment for a long time and it came tonight so I’m really happy,” he enthused.

“Before I came on the manager just told me to relax and to express myself. He asked me to try to get the team back in the game with a goal or an assist.

“I was thankful for the way it went for me. Hopefully I made an impact on the game.”

Ojo played a major role in Smith’s late equaliser, laying on the cross that led to the Australian’s strike, marking an immediate return after being recalled from his loan with Wolves.

“I only came back on Thursday. I didn’t know for definite that I was going to be in the squad until the manager announced it earlier in the day,” he continued.

“I was just hoping that I might be able to get on and make a contribution. I am looking to kick on my Liverpool career now.

“My main aim is to push on and try to play in the Premier League with Liverpool.

“I’ve just got to keep working hard and listening to what the coaches are telling me.”

Smith echoed Ojo’s ambition after the game, outlining his personal objectives following encouragement from Klopp, who brought the left-back into the first-team setup after a troubled summer without a contract.

“He’s been telling me what he wants from me and stuff like that,” he said.

“I’m just happy to be back at Liverpool now and getting games and chances, and I’m happy to score against Exeter.

“[My targets are] staying around the squad, getting on the bench and getting a few more games. Just keep getting football whenever I can, really.

“I love working up at Melwood with the players and stuff. It’s really good at the moment, it’s going well.”

Strong, pacy and powerful, Smith provides Klopp with a welcome option as cover for first-choice left-back Alberto Moreno, and growing in confidence following his goal at Exeter, the 22-year-old can hope for more appearances in the near future.

Brannagan may also find himself on the substitutes’ bench more often in 2016, with Jordan Henderson struggling with a recurring heel injury so far this season, and both Joe Allen and James Milner also spending time on the sidelines.

Captain of Michael Beale’s U21s side, Brannagan made the effortless transition to leading the senior side against Exeter, despite Klopp giving the armband to Christian Benteke.

The 19-year-old, who recently signed a new contract with the Reds, is now looking to benefit from the injuries throughout Klopp’s squad and secure more game time.

“We’re there every day training with the manager and our aim is to hopefully push on and work our way into the first team,” he said.

“That’s what we’re aiming to do.

“Obviously it’s a disappointing time to see some great players injured, but we’ve got to take our chance when it comes and carry on with what we’re doing.”

Brannagan, Smith and Ojo are all likely to feature in the replay of Friday night’s clash, set to take place at Anfield later this month.

Continue to take their chances when offered them, and the youthful trio could prove invaluable to Klopp this season.