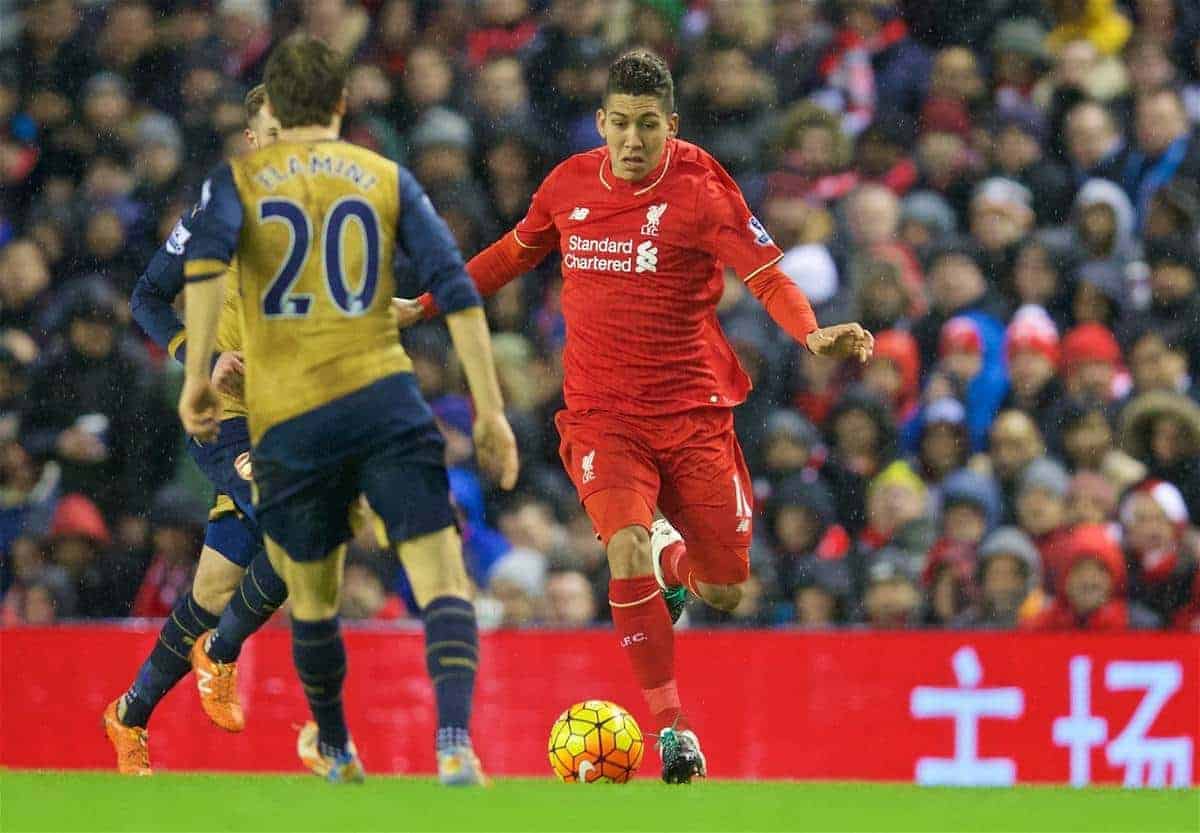 The Brazilian was in sparkling form against the Gunners, scoring twice and generally oozing class from start to finish at Anfield.

It has taken a while for Firmino to find his feet in English football, but Wednesday’s showing suggests he is now getting his second wind.

The 24-year-old is excited for the vital showdown against United on Sunday afternoon, but says he hopes to start finding some consistency week in, week out.

“Manchester United are a big team and I know how big this derby is here,” he said.

“We have to be 100% focused. If we do as well as we did up front (against Arsenal) against them we have a good chance to win on Sunday. “I hope I can play like that against all teams, not only the big teams.

“Obviously it’s good to play well against the good teams but my aim here is to help the team by scoring goals and doing whatever I can on the pitch.”

Firmino’s compatriot Lucas Leiva also talked up the importance of English football’s biggest match, and says Jurgen Klopp will thrive in the intense atmosphere of the game.

“It will be a new experience for him,” he explained..

“But he’s got experience from the other games and from Borussia Dortmund, he played big games such as the Champions League final against Bayern, their big rivals.

“Knowing him a little bit from the last few months, he will be looking forward to the game as well.

“These games just feel different and that’s what I’ve learned from my years here. It’s always a special game and we know how much it means for the club and the fans.”

Liverpool will be looking for their first victory over their great rivals since March 2014, when a 3-0 win at Old Trafford improved the Reds’ surprise title chances greatly.

The Merseysiders have not won at home against the Red Devils since September 2013, when Daniel Sturridge scored the only goal of the game.

It promises to be another fascinating contest between the two clubs, and one that could have a big bearing on their top-four aspirations.