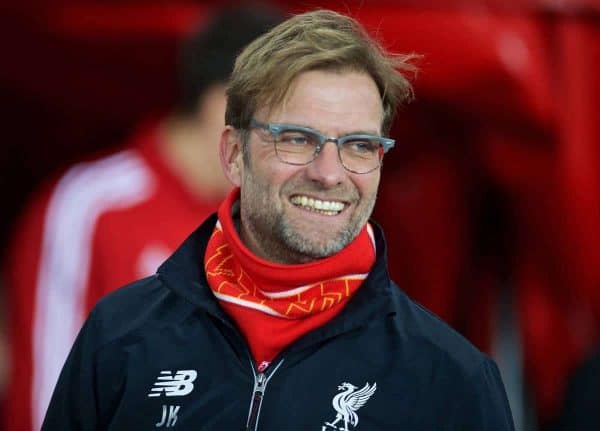 “The best solution for us” – Klopp explains Caulker signing

With Steven Caulker’s arrival at Liverpool something of a surprise move, Jurgen Klopp has explained his motivation for signing the QPR defender.

Caulker joins the Reds for the remainder of the 2015/16 campaign, and will wear the No. 19 shirt.

The 24-year-old moves to Merseyside at a stage in the season where Klopp is scrabbling for solutions at centre-back, and speaking to LFCTV on Caulker’s arrival, the German described him as “the best solution for us.”

With Martin Skrtel, Dejan Lovren and Joe Gomez all injured, and Tiago Ilori, Mamadou Sakho and Kolo Toure at varying stages of fitness following problems of their own, Caulker adds another body to Klopp’s squad.

Explaining how Caulker could improve his squad at this stage in mid-January, Klopp highlighted the defender’s experience and physicality as key.

“We looked for Premier League experience because in this short time, you need that experience,” he said.

“We looked for a good header [of the ball] because that’s what we need—we want to play good pressing, we want to press the opponent and so they have to play long balls.

“If they play long balls, you need people in the last line who can help you with headers, and we’ve found it with Steven Caulker.”

Supporters have questioned Liverpool’s move for Caulker, after seeing the England international struggle at centre-back in December’s 6-1 win over Southampton in the League Cup.

But with the Saints having agreed to cancel Caulker’s loan this January, Klopp believes his side can benefit from their decision.

“He was not in the best situation in Southampton, didn’t play too much,” he continued.

“I am looking forward to working with him.

“He will be here today and then we can start working, so everything is good!”

Caulker could make his debut for the Reds in Wednesday night’s clash at home to Arsenal in the Premier League.

With Klopp putting his faith in the former Tottenham Hotspur centre-back, the onus is now on Caulker to prove his worth and put his struggles with QPR and Southampton behind him.