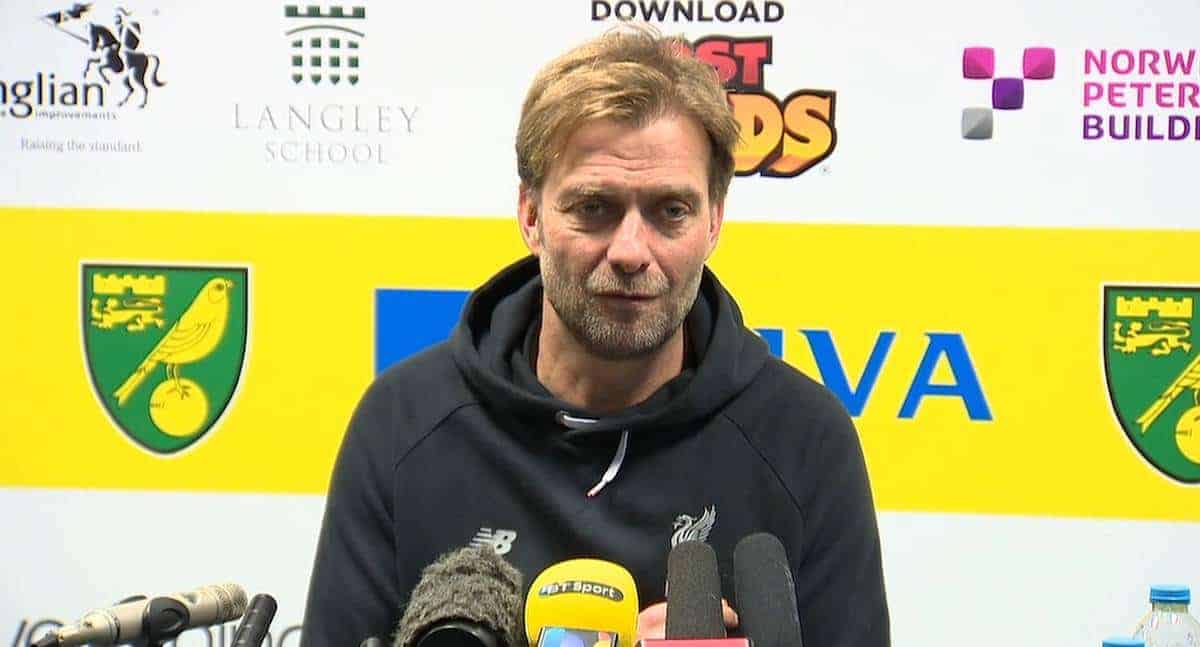 Klopp’s side came from 3-1 down, to then go 4-3 ahead but concede an equaliser for 4-4 in stoppage time – before Adam Lallana‘s goal won it at the death.

It led to crazy celebrations between Klopp and his players, with the manager breaking his glasses in the melee.

“Usually I have a second pair, but I couldn’t find them. It’s really difficult looking for glasses without glasses,” joked the German – who was not happy with his side’s defending from set-pieces, again.

“We’ve made different mistakes. If you win 5-4 it’s a funny story, but it’s not that funny. We have to solve it.”