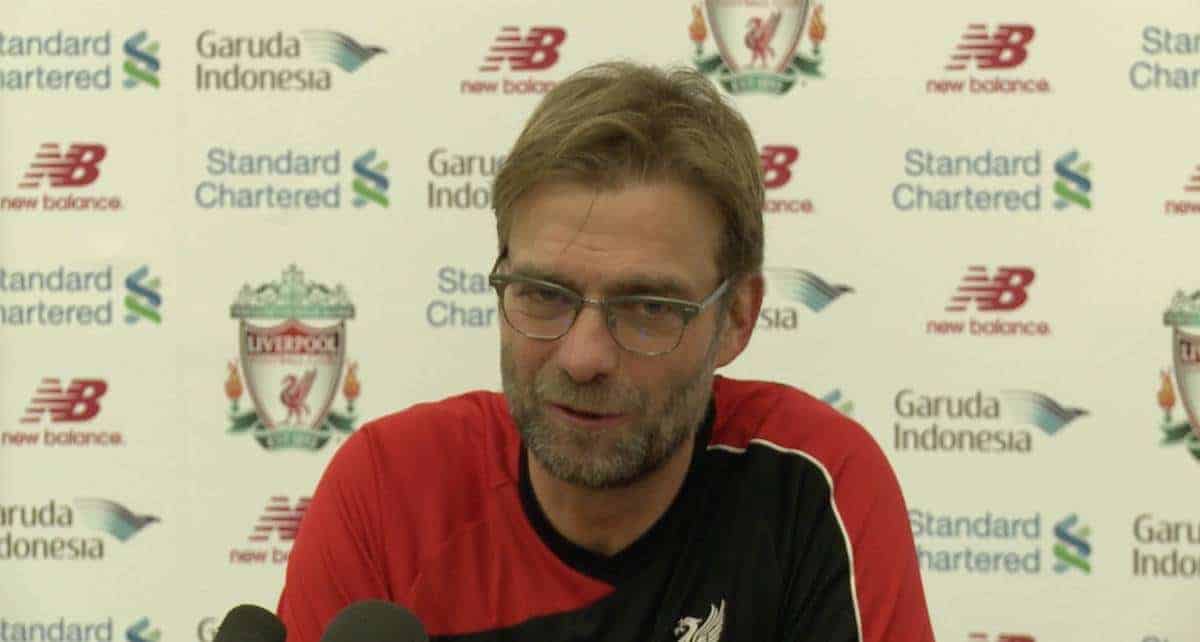 Watch Jurgen Klopp preview the Reds’ trip to Exeter City on Friday night, with much of the talk about injuries facing his squad.

Klopp was asked about the injury status of the trio of Dejan Lovren, Kolo Toure and Philippe Coutinho – with the manager confirming all three will miss the FA Cup third round tie.

He explained that Toure should be back to face Man United and Arsenal at Anfield next week, but that Lovren and Coutinho will miss both those games.

There were plenty of interesting discussions, not least Klopp’s opinion on recalling loaned players and his view that young players should be developing as a team with the under-21s instead.

“They have to be in a difficult situation in their actual club, or the clubs need money.

“We have to find the perfect solution.

“It’s not too easy, but we are of course with our eyes open. We’ll watch the market, that’s the truth.”