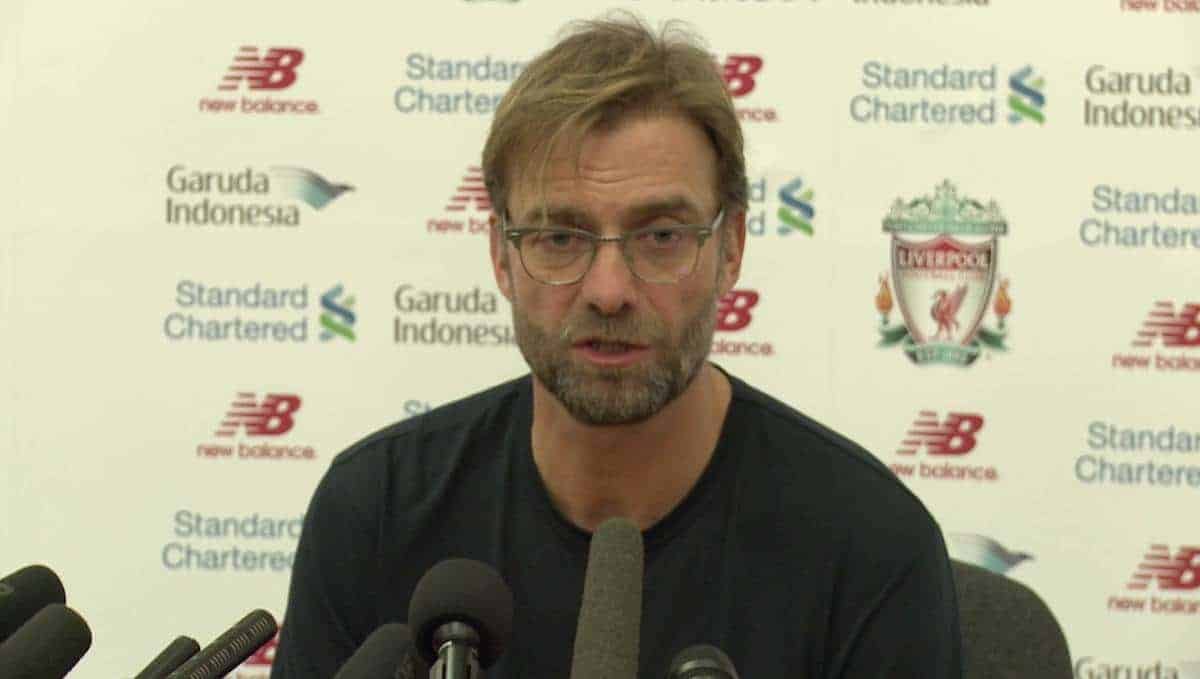 Klopp was asked about many topics, beginning with reports of a deal being agreed to sign Schalke centre-back Joel Matip in the summer.

He was then asked about his first 100 days in charge, overseeing an incredible 21 games in that timeframe.

There were plenty of questions about Sunday’s opponents and a north-west rivalry, plus his thoughts on Louis Van Gaal, commenting that the United boss is “one of most successful managers in the world, he won a lot of titles, not only in Germany.”

Klopp was later asked about need to entertain, saying: “First of all I am a football fan. I like to be entertained. One of the most important things in football. You need to play football that people want to talk about.”

There was questions about Firmino, and also about the potential of Danny Ward establishing himself as Liverpool’s No.1 – a question he sidestepped by discussing the recall of several players.