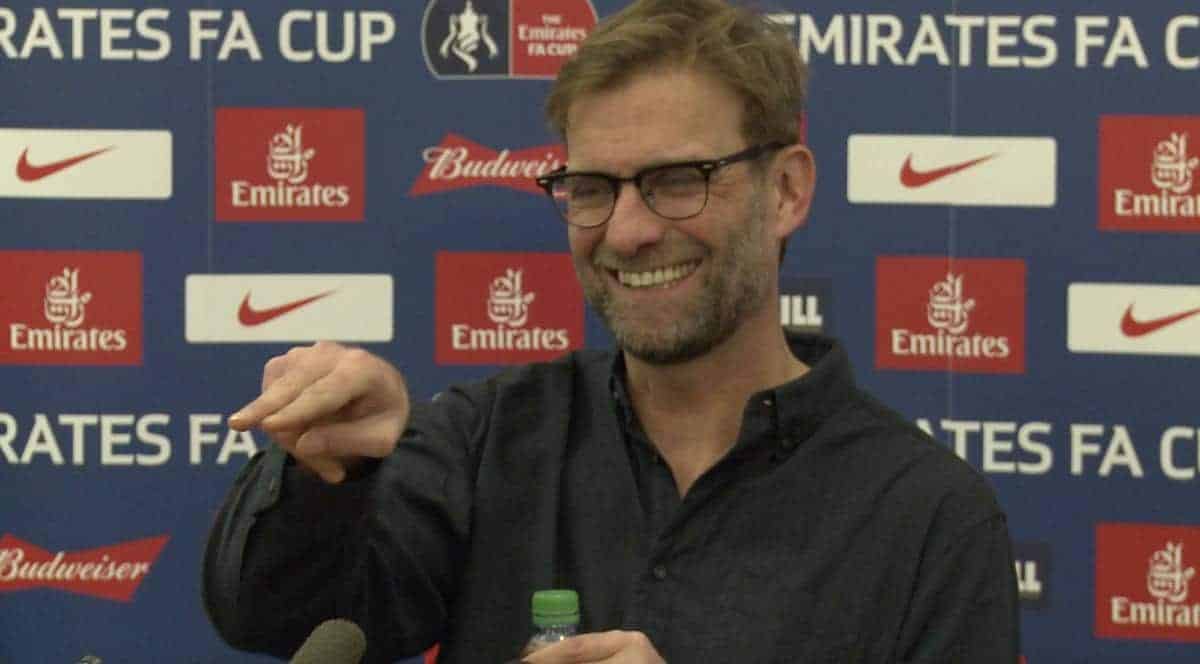 Fresh off the back of their success in the League Cup on Tuesday night, overcoming Stoke City on penalties to set up a final against Manchester City on Sunday, February 28th, the Reds turn their attentions to the other road to Wembley.

Liverpool will be looking to avenge two defeats in the Premier League at the hands of the Hammers this season,

“Dejan [Lovren] is good news, Dejan was on the bench against Stoke and is now back,” Klopp said.

“Nathaniel [Clyne], possibly,” he added. “[It is] much better, [but] it was knee against knee – really painful.”

Liverpool vs. West Ham gets underway at 5.30pm and is live on BT Sport 1 in the UK.