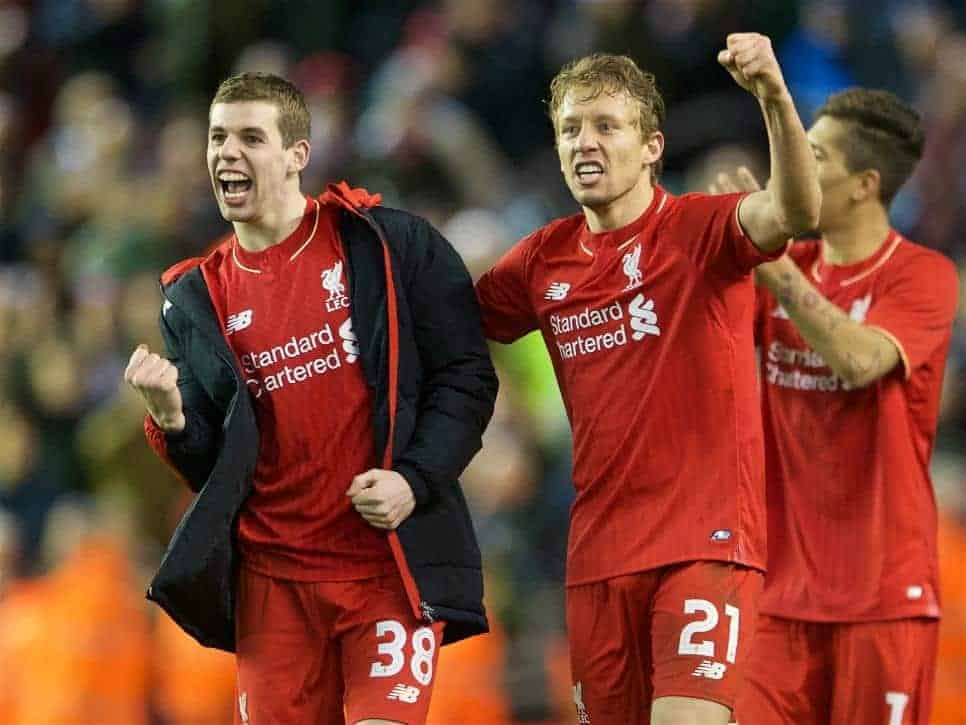 As Joe Allen’s penalty sent Liverpool through to the final of the League Cup, Liverpool players both past and present made their feelings known.

Securing progress to their first cup final in five years, Liverpool’s penalty-shootout win over Stoke City on Tuesday night provided supporters and players alike with a memory to cherish.

Though the performance of Jurgen Klopp‘s squad left a lot to be desired at Anfield, the result was all that mattered.

As Anfield erupted, a host of Reds stars took to social media to celebrate.

Freaking love it!! Get in @LFC!! Thank you Mignolet

Getting there!!! Liverpool goes to the final after penalties vs stoke. #backtoWembley

Not the best by a mile!infact a nervous 120 minutes!we got away with it!No team deserved it!but we had the bottle on pens,WEMBEERLEEY

To the young stars…

Congratulations @LFC. With suffering, but Liverpool will play the final at Wembley! #Wemblyherewecomes #LFC #CapitalOneCup ??????

Just got home, not really knowing what happened! One thing is for sure: we are in the final! #Wembley #capitalonecup #YNWA

We did it together! Up to Wembley now.. ?? #YNWA pic.twitter.com/G7SMTuHhoE

This victory is clearly hugely important to the club, with Klopp’s side closing in on the first piece of silverware of the German’s reign.

The Reds will be hoping to channel their successful history when they take on either Manchester City or Everton in February’s final.