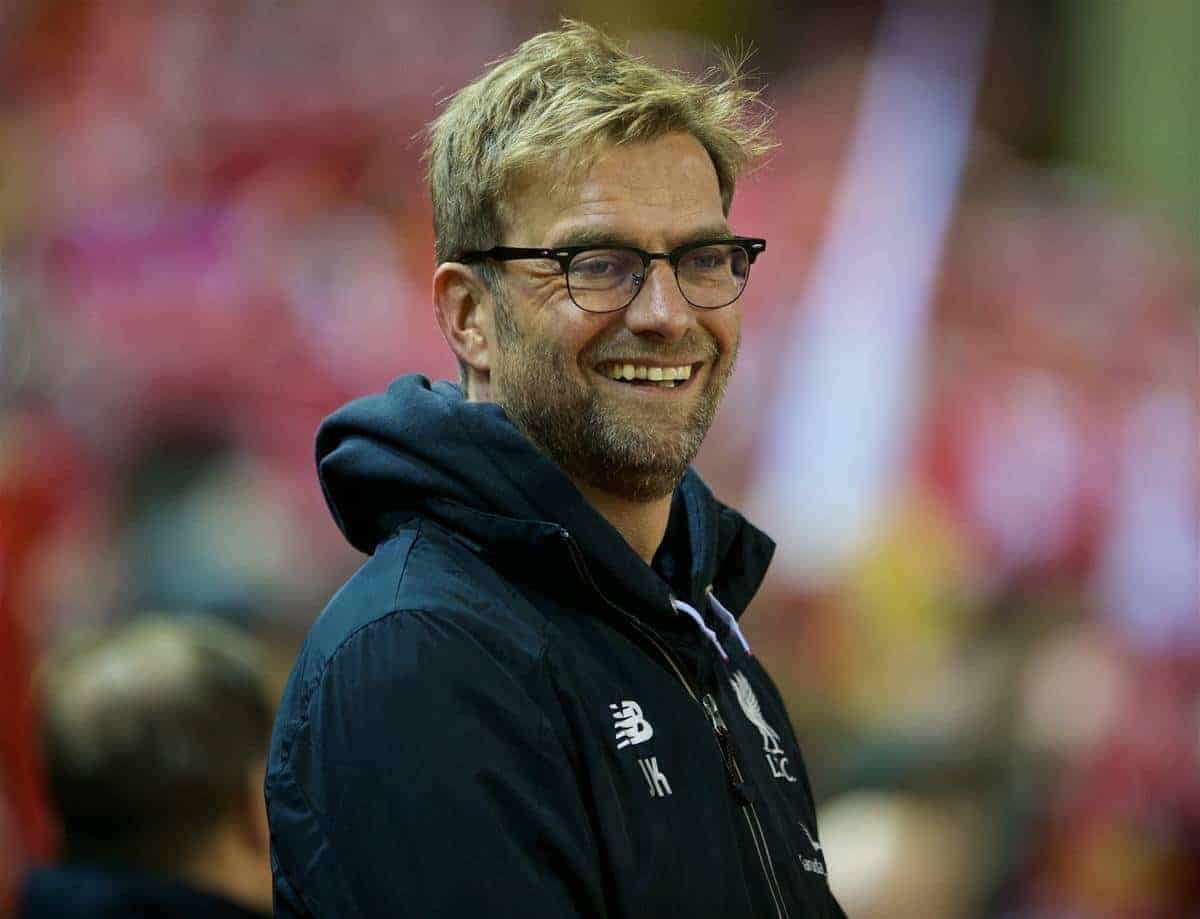 Liverpool left it late, but a 6-5 penalty-shootout win over Stoke City saw Jurgen Klopp‘s side seal their place in the League Cup final.

After 120 minutes of little quality from either side, Liverpool needed a shootout to advance to the final of this season’s League Cup.

With Marko Arnautovic’s first-half strike cancelling out the Reds’ lead from the first leg, and neither side creating anything in terms of meaningful opportunities throughout both normal and extra time, referee Jonathan Moss called for penalties.

With Klopp making just two changes to the side that won 5-4 against Norwich City on Saturday, pre-match focus was on a rare start for Jon Flanagan and the endurance of a disappointing Lucas Leiva.

Wow, what a moment for Flanno. Back in the starting line-up and #LFC within 90 minutes of Wembley! Hope he has a great game.

Great to see Flanagan back too.

If Allen can't get a start after Lucas' performance on Saturday then he ain't got a hope.

Have a look at how many games we've won with Lucas in midfield with Hendo and Can, won't take long to count them

Neither side made a strong impression in the first half an hour, with Liverpool making a slow start despite their high-tempo pressing game.

Very meh so far. Struggling to get Firmino into the game

Our pressing & interceptions have been good but we've shown little quality combination play when we do win possession.

Feels like Liverpool are playing for the draw on the night. Please don't do that, play for the win.

Liverpool’s best chances came from outside the area, but supporters were not happy when Jordan Henderson attempted a half-volley from near the centre circle.

Henderson thinks he has Alonso on the back of his shirt

After a disappointing 45 minutes, Stoke finally found their opening, with Arnautovic side-footing home—and though the Potters forward was in an offside position, the linesman’s flagged stayed down.

Stoke deserve that. Liverpool have been awful.

Its offside but the defending there is woeful.

Offside or not, the defence for that is shambolic.

Klopp called for a “special atmosphere” at Anfield before the game, and he was finally given one after the break.

Much more urgency from Liverpool second half, about time. The crowd are feeding off it too, the volume has turned right up.

With Henderson enduring a torrid night in the centre of Liverpool’s midfield, and clearly lacking match fitness, Klopp brought Christian Benteke on for the captain just before the hour mark.

Henderson is 100 per cent not right at the moment. Heel injury clearly a big issue.

No surprise to see Henderson come off there. Struggling with his fitness, and that's the basis of his game.

Hughes responded by sending on Charlie Adam, who won the League Cup with Liverpool back in 2011.

Liverpool had a reasonable penalty call rejected by Moss, who ruled that an Erik Pieters handball was not deliberate.

Concede an offside goal and the referee misses the most blatant handball in the box since Maradona. We're being robbed here.

Neither side were able to make the difference as the second half drew to a close, and Moss’ whistle ushered in 30 minutes of extra time, with supporters left disappointed.

Not a shot on target in 90 minutes.

I hate what we've become. This squad isn't a representation of our club. #LFC

The first half of extra time passed by with little quality, and supporters urged Liverpool on.

Over 120 minutes of endeavour came to nothing for either side, and it came down to penalties to settle the tie, with Allen’s perfect spot-kick and two saves from Mignolet sealing a 6-5 victory for the Reds.

Mignolet gets a lot of stick and a fair bit of it well deserved but the save from Muniesa was absolutely outstanding.

Was petrified of Mignolet and Benteke in the penalty shoot out. Massive displays from both, delighted to be proved wrong.

That Joe Allen penalty was boss. Give him a new deal, now.

Liverpool can now look forward to the League Cup final, to take on one of Manchester City and Everton.