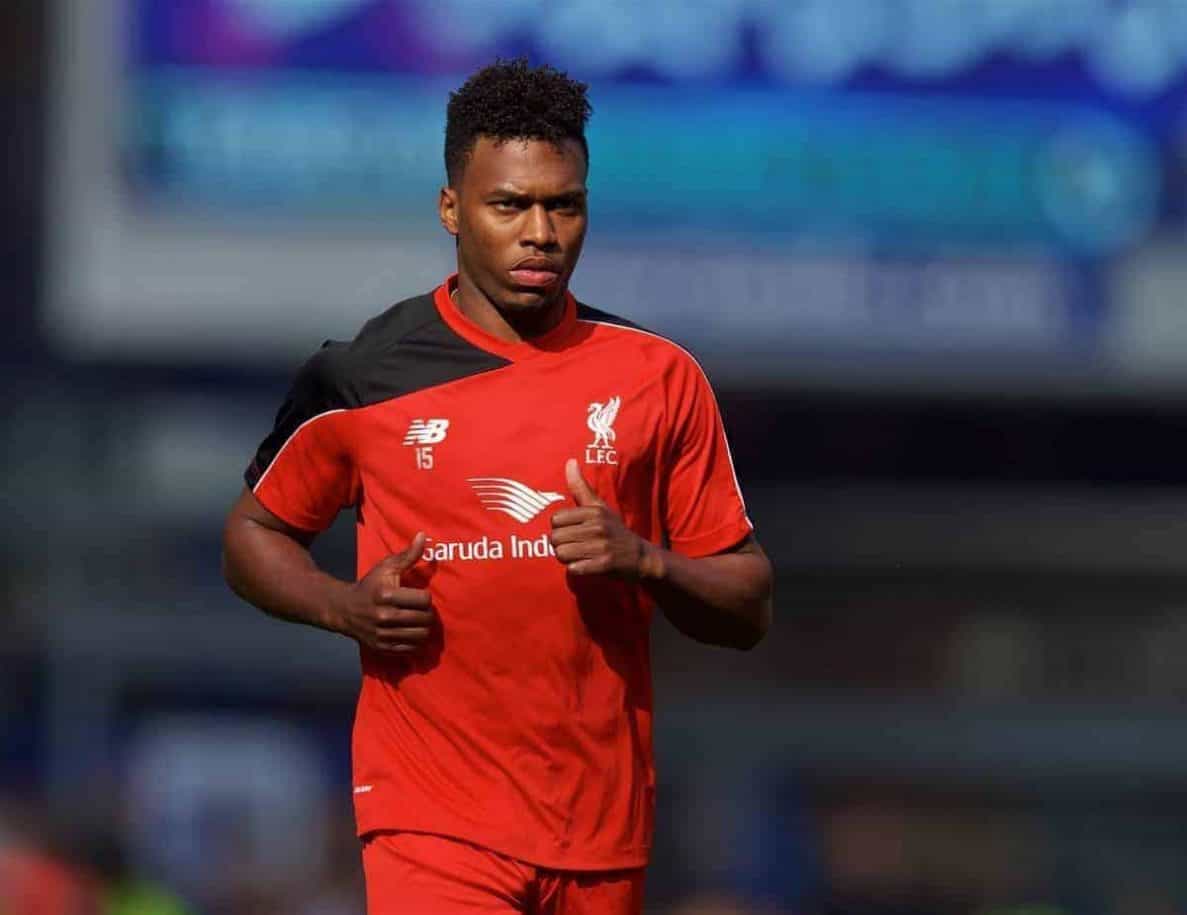 Sturridge has spent much of the past two seasons on the sidelines, with thigh, hip, knee and hamstring injuries, and has made just six appearances for the Reds this season, scoring four goals.

But with Jurgen Klopp unable to rely on the England international so far, questions have turned towards his commitment to the club.

According to some reports, from the Telegraph‘s Sam Wallace, the Mail‘s Neil Ashton and the Mirror‘s John Cross, Sturridge is now looking to leave Liverpool as a result.

Wallace claims that the 25-year-old is “considering his future after growing unhappy with club’s portrayal of his injury problems.”

The common line is that Sturridge would be happy to leave the club if both parties can agree a deal.

This comes following widespread criticism of his reaction to injury, with many, including Klopp, questioning whether he should be willing to play through the pain.

“Your body has to learn to adapt to new intensities of training and in this time you have to learn what is serious pain and what is only pain,” the German told reporters in November.

“Everyone wants him back on the pitch but we all have to learn.

“Now we can say [his latest issue] is not that serious but it is not possible to go on as before so we have to react to every situation—which is normal for injuries.”

One of Sturridge’s former team-mates, Jamie Carragher, also raised speculation as to Sturridge’s resolve in his column for the Mail in the same month.

“The one thing I remember most of all from being his team-mate is that he had to feel 100 percent right mentally and physically in order to play,” Carragher wrote.

“The thing is, with professional football, it’s not often any player will take to the field 100 percent fit. There is always a knock or something niggling and when that is the case, you just grit your teeth and get through it.

“But Sturridge’s continued unavailability is presenting Liverpool with a problem now.”

If Wallace, Ashton and Cross are to be believed, Sturridge will be providing Liverpool with a solution to that problem soon enough, but integrity of these claims remains to be seen.

That this has not emerged on any local reporter’s radar is a major red flag, and with Ashton looking to drive a wedge between player and club back in January by portraying Sturridge as a “lonely figure” at Melwood last month, this situation seems rather convenient.

Furthermore, with Sturridge’s contract set to expire at the end of the 2018/19 season—not 2017/18, as Wallace suggests—Liverpool are in a strong position when it comes to the striker’s value.

Most importantly, however, Klopp has repeatedly stressed his faith in Sturridge’s ability, and his long spell of recovery away from the first team is designed to avoid further issues.

Liverpool are taking a sensitive approach to Sturridge’s injuries, and that is exactly how it should be.