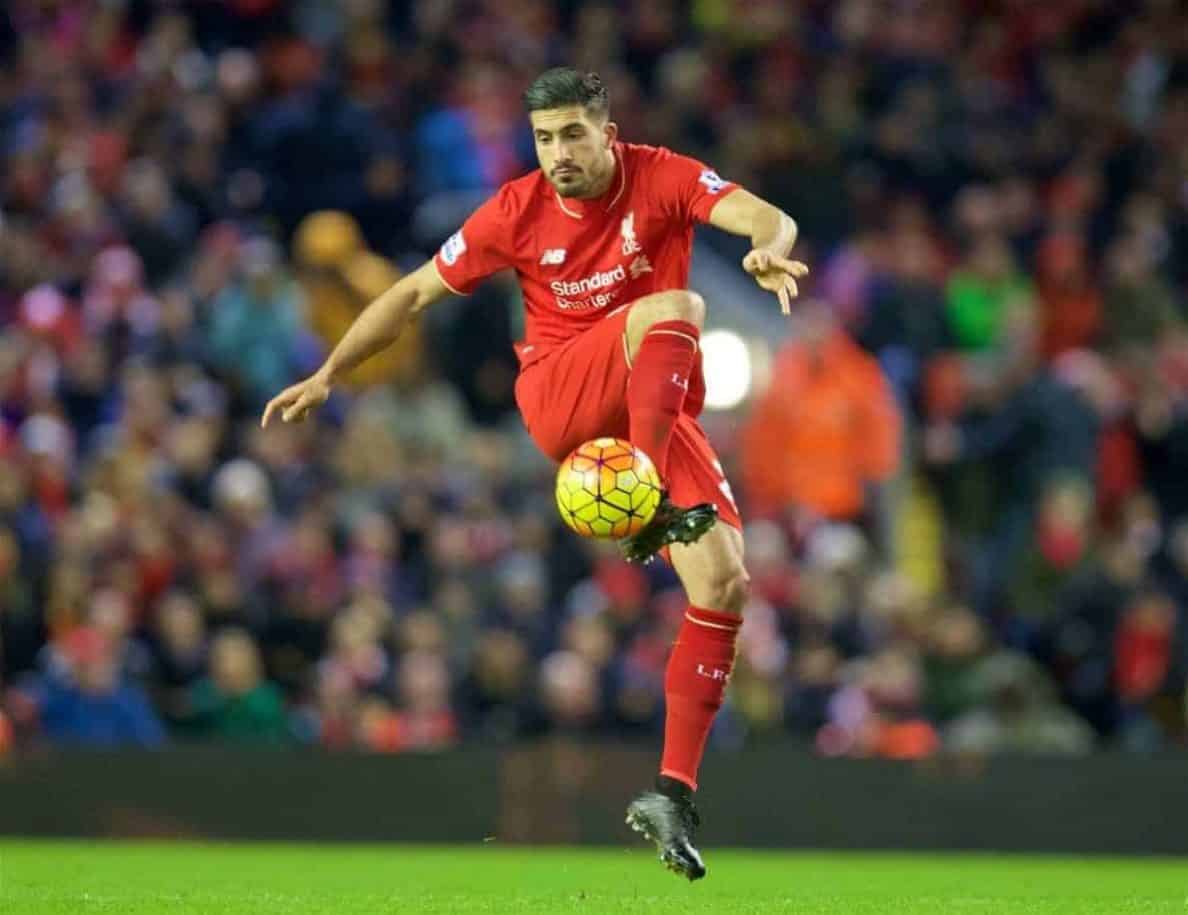 Installed in his natural midfield position following the arrival of Jurgen Klopp, Emre Can is looking to continue his progress at Liverpool.

In his first season at Liverpool, Can played as a centre-back, right-back, central midfielder and even as a No. 10, as Brendan Rodgers utilised his versatility following a number of tactical switches.

This continued at the start of 2015/16, but after Rodgers’ dismissal and Klopp’s appointment, he has played regularly at the heart of the midfield, despite injuries to Liverpool’s centre-backs.

Largely, the German has excelled, with his power and creativity making him a vital component in Klopp’s starting lineup.

Speaking to Sky Sports ahead of Sunday’s clash with Aston Villa, Can said he is enjoying life in his “favourite position.”

“It is always like that [playing in different positions], but since Jurgen Klopp came I have always been played in midfield, which I think is my favourite position, and I like to play a lot there,” he said.

“[Klopp] wants a lot from me, he wants me to push the team forward and to help them and that is what I want to try.

“Every manager has their own style and Jurgen Klopp has his own style and that is why a lot has changed [since Klopp arrived], but I am enjoying it.

“Of course I have to learn so many things and I have to work hard and then hopefully I will be better in a few years.”

Klopp has clearly earmarked a long-term box-to-box role for Can, with Rodgers arguably having wasted his raw quality deploying him as his utility man.

This has seen his output improve significantly, averaging 1.3 key passes per 90 minutes in the league this season, compared to 0.5 in 2014/15.

A hugely demanding role however, this has seen the 22-year-old’s performances suffer so far in 2016, but Can is confident that he has the mentality to improve, despite any signs of fatigue.

“Of course sometimes you are tired and everything, but I think the most important thing is the mentality,” he said.

“If you say you are fit and want to go, then you can go every game.”

Can is clearly an ambitious young player, and having been allowed the freedom of his favourite position under Klopp, can go on to fulfil his potential at Liverpool.

What Can must find now is a consistency in his performances.

Do so—and he is well placed to under Klopp—and the former Bayer Leverkusen man can establish himself as one of European football’s finest central midfielders.