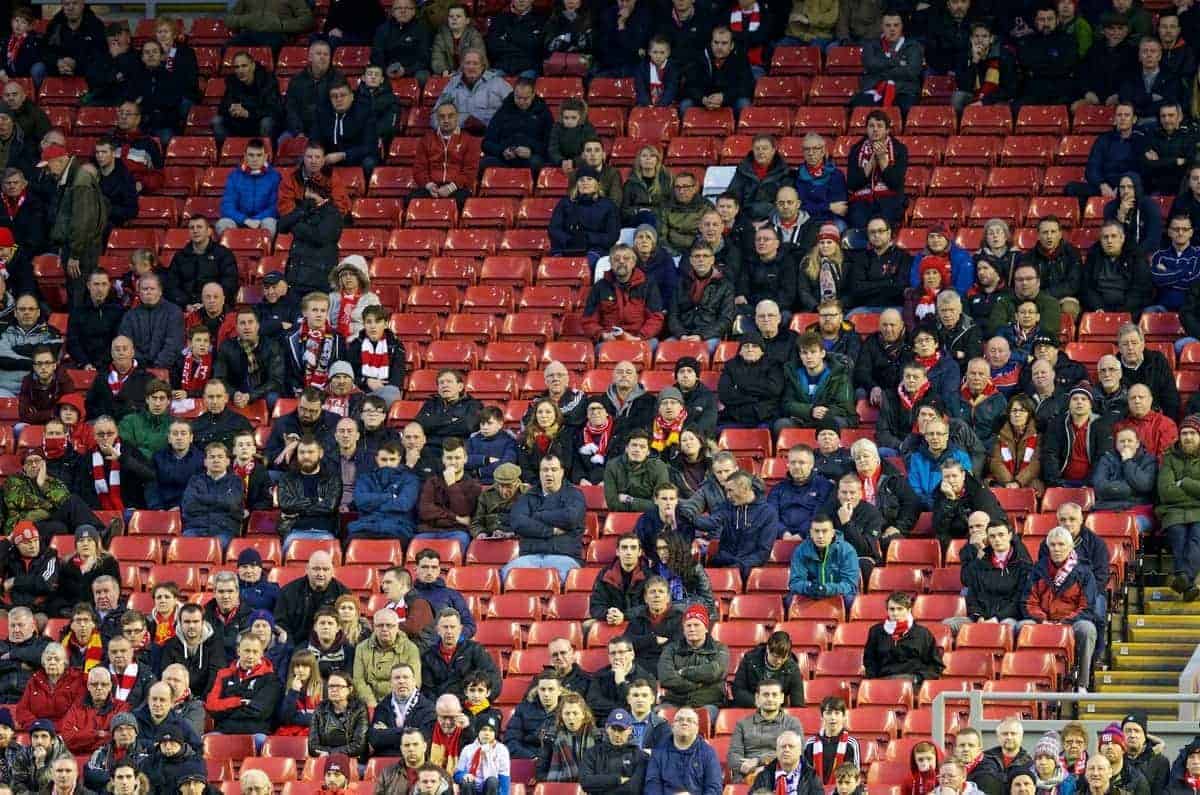 Liverpool supporters staged a walkout protest in the 77th minute in reaction to the club announcing ticket prices of up to £77 for next season.

Thousands of supporters left Anfield early, missing their side throw away a 2-0 lead to draw 2-2 with relegation threatened Sunderland.

Prior to the walkout on 77 minutes, the Kop chanted ‘Out the ground on 77’ and ‘You greedy bastards, enough is enough’ – which was applauded by all four sides of the stadium.

An early rendition of You’ll Never Walk Alone in the 76th minute commenced before fans headed for the exits.

Among those to leave early was former defender Jamie Carragher.

Around 10,000 fans left Anfield early, with the protest certainly demonstrating the strength of feeling around ticket prices.

Supporters feel that, with the additional revenue from the £8 billion TV deal next season, there is no need to increase any ticket prices for supporters.

There were noticeable empty blocks of seats all around the ground, particularly in the Kop where, before kick-off, fans had waved black flags instead of their usual club colours in protest.