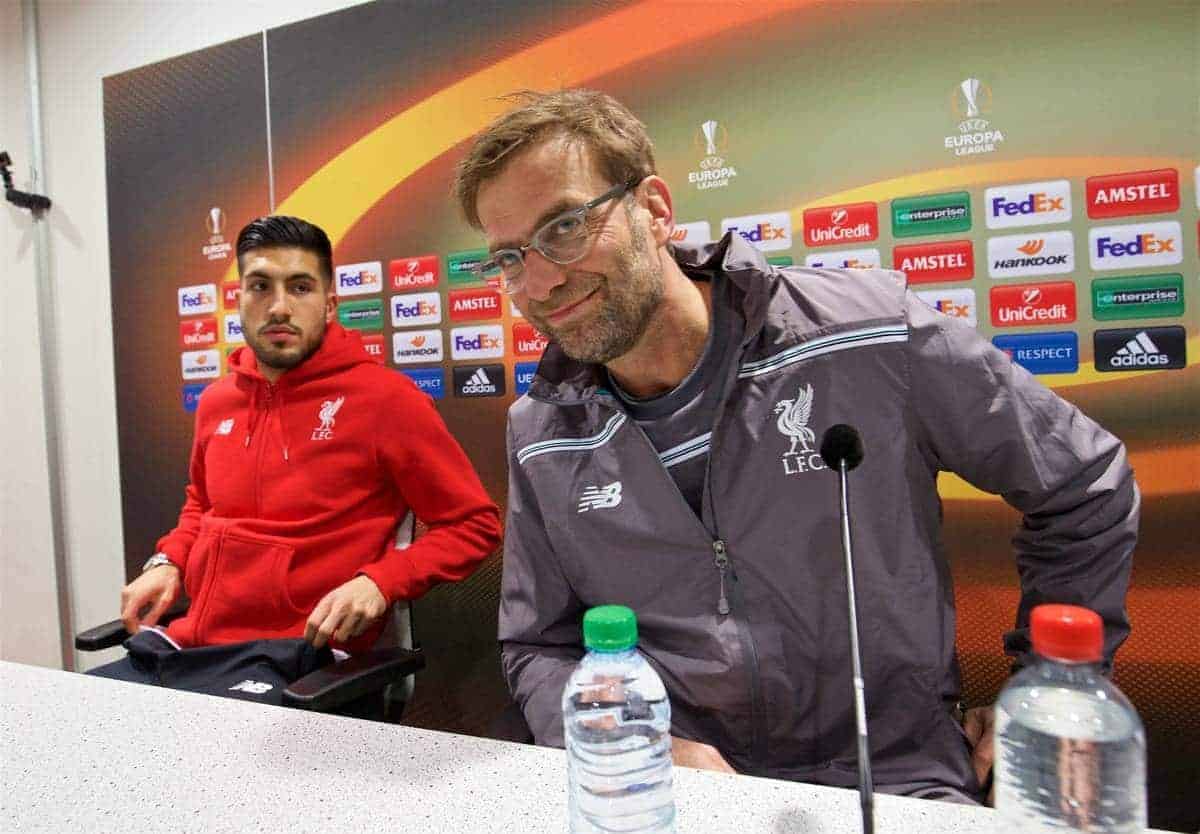 Liverpool manager Jurgen Klopp is playing it cool over his return to Germany, insisting is just another match for him.

The same cannot be said for Europa League opponents Augsburg, for whom it is billed as the biggest game in their history, but the considerable additional interest undoubtedly surrounds the manager himself.

Klopp left his homeland in October, having quit as manager of Borussia Dortmund at the end of last season, for the challenge of reviving fortunes at Anfield. But while his swift return to Germany is the main focus, the man himself has played it down.

“I was there for 47 years, it’s no problem. I know this country, I will not be surprised,” he said.

“It is more special for other people because there are not too many German managers working in foreign countries.

“Most of my colleagues are working in Germany so if a German manager works somewhere else and comes back, yes it is possible to be a more interesting story but for us, and for me especially, it is a Europa League game.

“From the first moment I’ve said this is a very important tournament for me.

“We did a job in the group to get to the last 32 and now the target is the next round.”

Klopp was asked whether his presence on the touchline would provide extra motivation for Augsburg to spoil the return of their fellow countryman.

“If I wasn’t here and Augsburg play against Liverpool it is still the biggest game in their history,” he added.

“I don’t think there is extra motivation because I am there but it is a special situation because it’s Europa League and it’s a small club that can earn a lot of money.”

Facing German opposition is slightly more advantageous to Klopp as he can call on first-hand experience for his preparations.

Augsburg may be struggling towards the bottom of the Bundesliga but they will not be under-estimated by the Liverpool manager.

“It is not too easy, Bundesliga clubs are never easy to play and especially a club like Augsburg who are a special story in Germany,” he said.

“One of the most famous German footballers played there – Bernd Schuster – but it took them a long time to come back to the Bundesliga.

“Now they are there with a really good manager, Markus Weinzierl, who is one of the highest-rated managers in Germany at this moment and a lot of clubs are thinking about him.

“Their manager said it would be better for them if Liverpool had another (non-German) manager because they would never have been to Augsburg.

“I know a lot more about Augsburg, I’ve played a lot of times against them and that makes the preparation easier but that is all.

“In the end, they will fight for everything. If it is the biggest game in their history you can imagine how ready they are for this game.

“They have players with big potential and have one of the most physical strikers in Europe – Raul Bobadilla – who you need a navigation system to drive around!

“He is a real worker and difficult to defend (against).”

Asked by the German media how it was to be back in his homeland, Klopp said: “I’ve requested pretzels for dinner because you can’t really get them in England.”

Augsburg coach Markus Weinzierl admits it has been a long time leading up to the occasion, which has sold out the 30,000-capacity WWK Arena.

“We’re pleased that the game is finally here, and that we can concentrate on it 100 per cent,” he said.

“It may perhaps be a slight advantage that I know Klopp.

“We have been following Liverpool closely but we will prepare for them in the same way as we do any other match.”

Jan Moravek is out of the match while fellow midfielder Piotr Trochowski and defender Hong Jeon-Ho are doubts with muscle injuries.