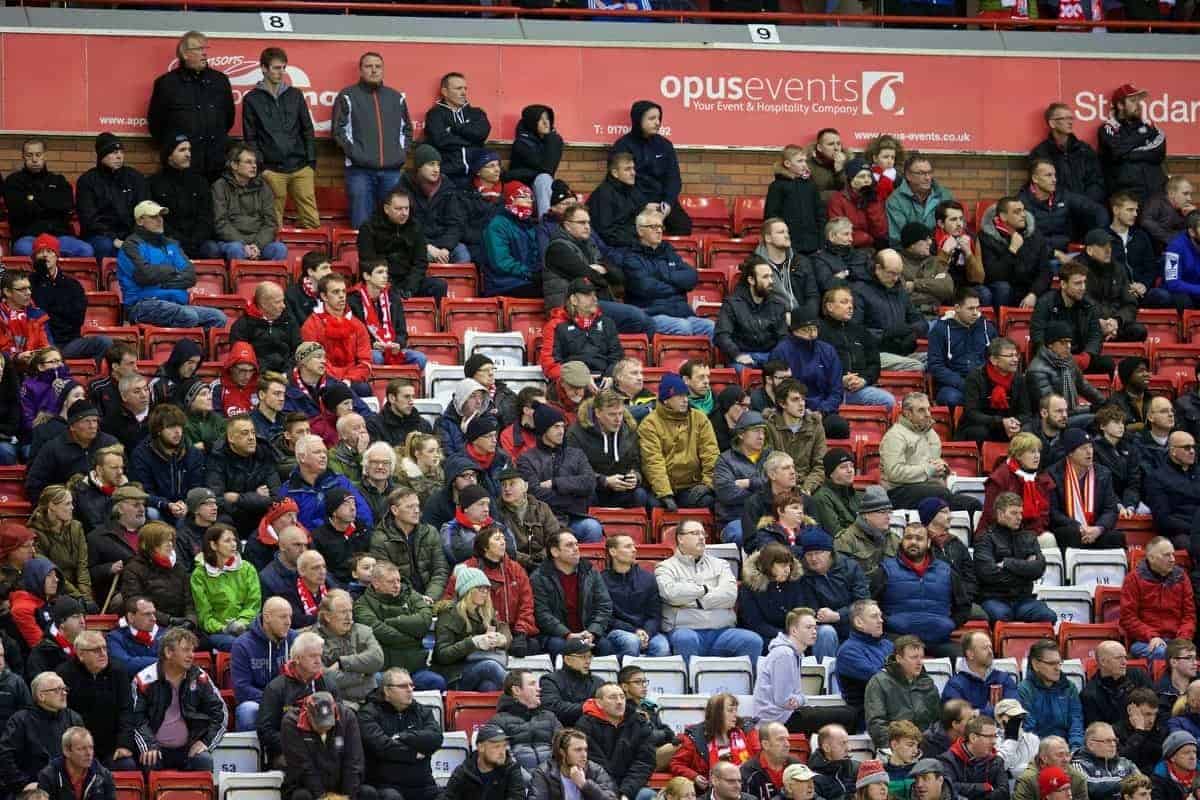 Although Liverpool drew 2-2 with Sunderland on Saturday, it was the supporters’ much-publicised walk-out after 77 minutes that made the headlines. So much has been said about the planned protest this week, and when it actually came to fruition, it was just as emphatic as many had hoped it would be.

Approximately 10,000 Reds fans left for the exits with 13 minutes remaining, in protest to FSG’s ticket prices ahead of next season.

Liverpool ended up blowing a two-goal at home Sunderland, but in the grand scheme of things, the walk-out was far more important on the day.

"You greedy bastards, enough is enough" is the chant currently ringing around Anfield.

Plenty have left Anfield but plenty have stayed pic.twitter.com/VefdqUZqGT

The people who don't go the game but are giving fans shit for leaving are the ones that would support someone else if the team tanked.

I've never in my life left a Liverpool game early.

I was proud to do it today with at least 10 thousand others.#WalkOutOn77

There was support for the fans from former player Jim Beglin and manager Roy Evans:

Respect to all Anfield departees today in protest at growing costs.

Liverpool Fans have every right to protest today, they've always stood up for what they believe in. LFC wouldn't be what it is without them.

Walking out never easy but proud I did it

Disappointing that some of those who didn’t walk for a good cause on 77 mins then chose to leave in a huff because Sunderland scored.

Setanta gave the WalkOutOn77 good coverage after the game. Dominic Matteo and Gary Breen both gave their backing to the fans.

Estimates from some inside LFC that the number of supporters walking out was closer to 15,000. #WalkOutOn77

Why I agree with action on ticket prices I do think the hatred stirring towards FSG is hugely misguided. This isn't just an #LFC problem.

Ticket prices is a league wide problem. Needs fans of other teams to show some balls and do similar protests.

Liverpool’s players were offered first refusal on new executive boxes. They baulked at the price. From @CalvinBook: https://t.co/pCwIWhcw3l

Honestly there is LFC fans blaming the fans who walked out for this, I kid you not, we really have some terrible fans

Congratulations to Liverpool fans in their protest. It's time for owners to stop treating fans as mere customers. Fans are the CLUB!!!

After the game, first-team coach Pepijn Lijnders, taking the press conference in Jurgen Klopp‘s absence, said the fans had every right to protest.

Let us know your thoughts on the walk-out in the comments below. Were you part of it? Did it affect the Liverpool players?