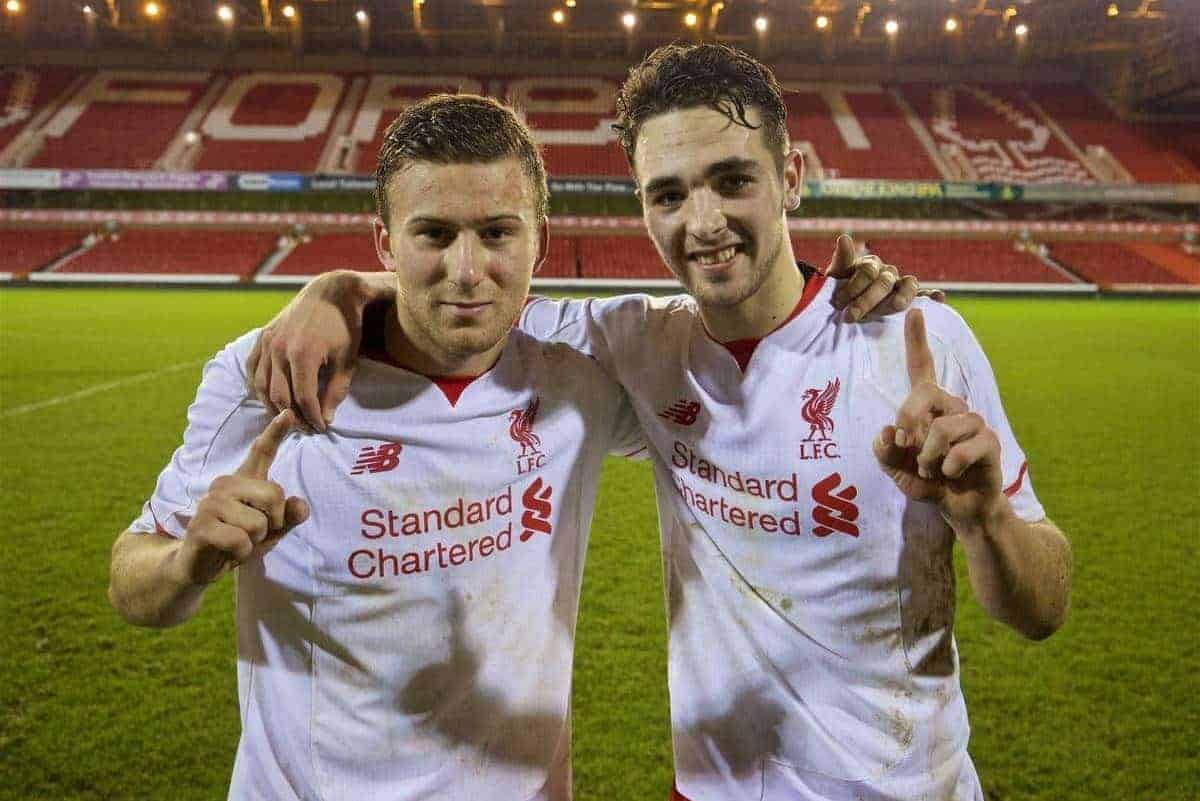 Liverpool’s under-18s have progressed to the quarter finals of the FA Youth Cup after a dramatic finish in their fifth round tie at Nottingham Forest on Thursday evening.

The young Reds held a 1-0 lead at half-time thanks to Herbie Kane’s opening goal, but hosts Forest drew level with a late goal off a corner.

But Ben Woodburn set up Adam Phillips in stoppage time to send Liverpool into the last eight, where they’ll face either Arsenal or Coventry City away.

Kane’s opening goal came about from superb work by exciting attacker Brooks Lennon’s excellent run down the right. The American showed his speed to get away from the defender before playing the ball across for Kane to finish.

Lennon, 18, signed from Real Salt Lake in America last summer and has looked very lively, scoring on his first full appearance for the under-21s last week against Reading.