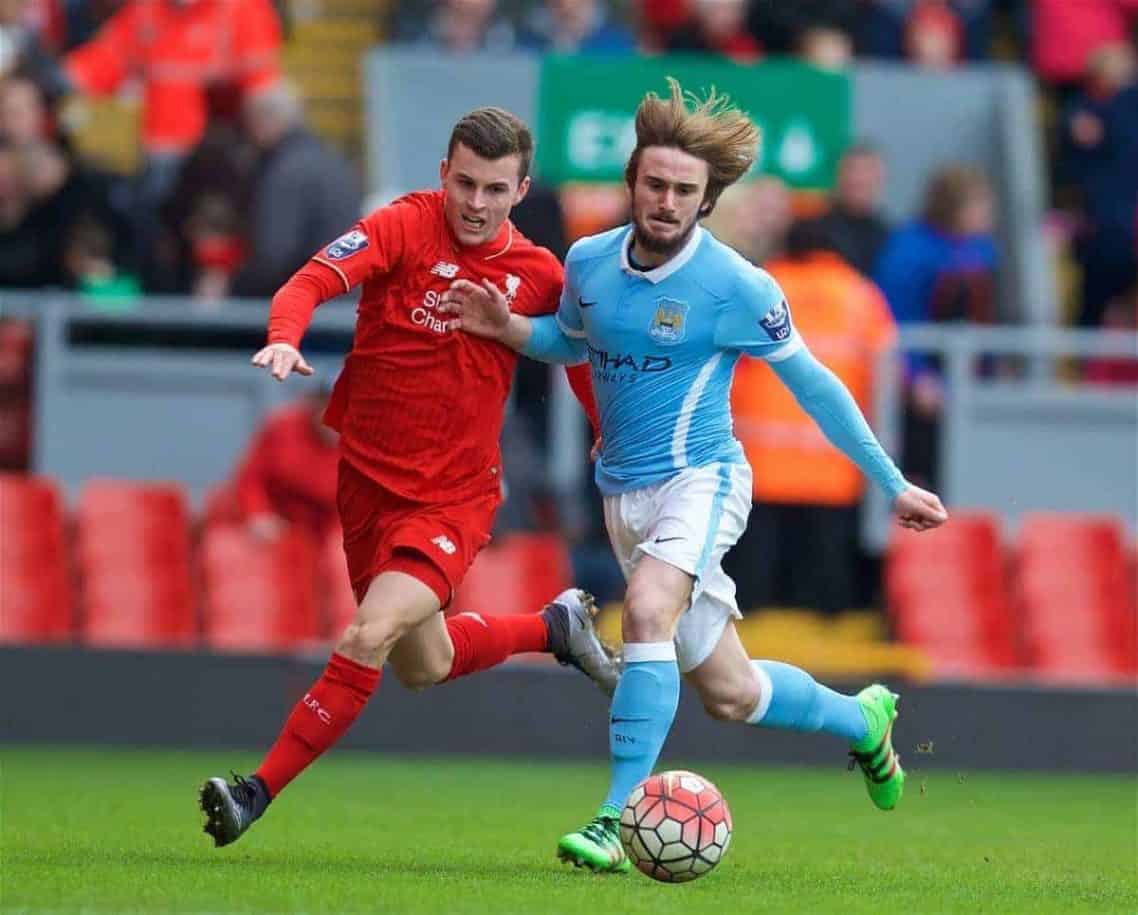 Liverpool U21s were denied a fifth successive win as they suffered a hard 0-3 defeat against Manchester City‘s U21s at Anfield.

Michael Beale was forced to field a young starting XI as plenty of his main players are preparing for first-team action in Tuesday night’s FA Cup fourth-round replay against West Ham United.

The supporters at the Kop saw players like Ryan Kent and Harry Wilson, as well as Brooks Lennon and Trent Alexander-Arnold, who both impressed in the FA Youth Cup win over Nottingham Forest last Thursday.

It was only a matter of time before City started to dominate on the pitch over the unexperienced Reds however, but it was Liverpool who created the first chance of the match.

On the sixth minute Ryan Kent had a chance to score, but saw his shot well blocked by Angel Tasende. Then the visitors took control.

Liverpool’s most experienced player, Adam Bogdan, was forced to make his first stop of the afternoon when Tasende’s cross was deflected into a dangerous area.

The Citizens continued to press the Reds, and Brandon Barker and Bersant Celina had brilliant chances to break the deadlock, but both were denied by Bogdan, but the Hungarian had no chance minutes later when Ashley Smith-Brown found the back of the net with a tidy finish.

Man City doubled their advantage after the break when a long free-kick from 59 minutes found Barker, who finished coolly into the bottom corner.

Nine minutes later it could have been 3-0 for the visitors when Sinan Bytyqi hit the post from the yard out, following a rebound from a Bogdan save.

Liverpool then had a chance to score, but after a perfect delivery from Kent, Jerome Sinclair missed terribly with a close-range header.

It was Man City who had the final word during this cold afternoon at Anfield, with Citizens substitute David Faupala sealing the victory with a good finish from the counter-attack.