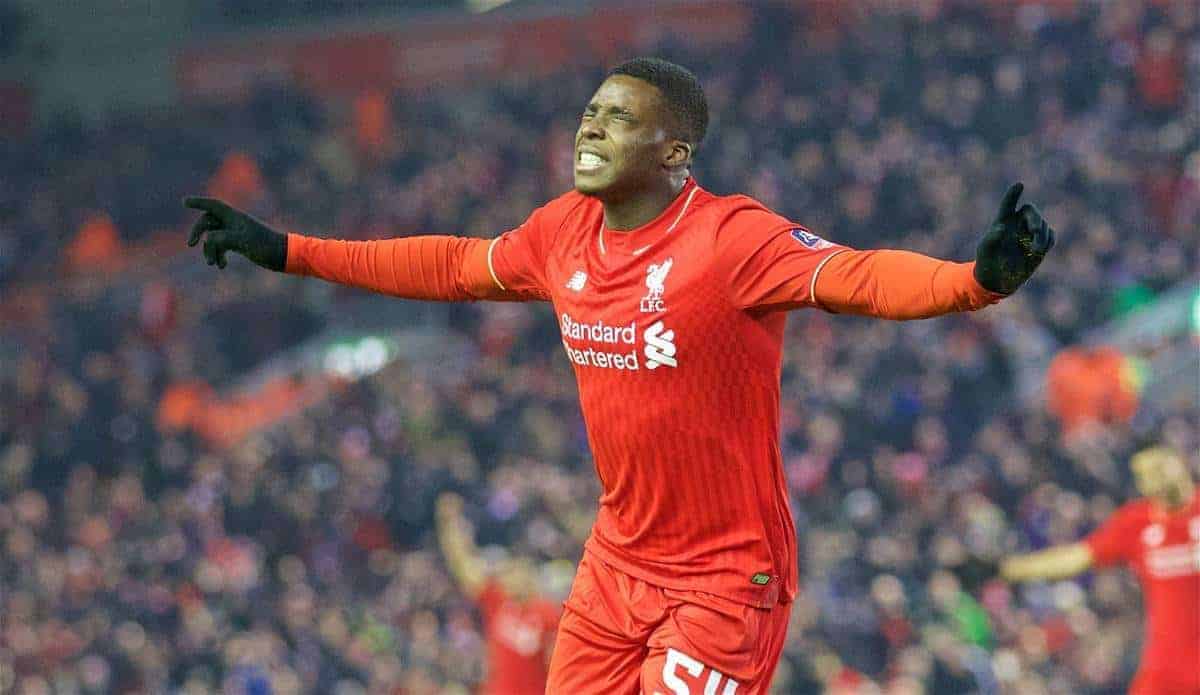 Returning from a muted spell on loan with Wolverhampton Wanderers earlier this season, Sheyi Ojo is now proving his capabilities for the Liverpool U21s.

Ojo spent the first half of the season under Kenny Jackett at Wolves, but was recalled in January as Jurgen Klopp looked to flesh out an injury-hit first team.

With the returns of Philippe Coutinho, Daniel Sturridge and Divock Origi, Ojo has been moved back down into the Reds’ U21s ranks.

Lining up on the left flank against Middlesbrough U21s on Thursday night, Ojo netted twice to give Michael Beale’s side a 2-1 victory — despite losing Cameron Brannagan to a harsh red card in the first half.

Speaking after the game, Beale highlighted Ojo’s performance for praise, saying “Sheyi has got a lot of potential.”

“Sheyi has really developed and is playing a much [more] mature game since he has come back from his successful loan spell in the Championship with Wolves.

“Let’s not forget he is still only 18 but he is more aware of what assets he can bring to a game and what his strengths are.

“He is also working very well at what we are asking him to do when he is out of possession, and I am really pleased with him.

“Sheyi has got a lot of potential and you always want more because that is the nature of football and we know what he is capable of.

“He also scored a fantastic goal to get us level and I’m fully expecting him to get a lot more goals between now and the end of the season.”

Before firing the winner from the penalty spot, Ojo showed his quality by cutting inside from the left to fire a right-footed strike beyond Joseph Fryer to equalise on 53 minutes.

Ojo’s ability in the wide areas has been invaluable to Beale since his promotion to the U21s, and he also showed this with an incredible goal in Liverpool’s 3-0 win over Exeter City in the FA Cup in January.

Pacy, powerful and now developing his game off the ball, Ojo is set to star at Liverpool in the future.

With Klopp outlining his desire to sign more wingers this summer, the 18-year-old may find himself low on the pecking order.

But with Jordon Ibe failing to establish himself as a regular starter this season, despite Klopp’s lack of wide options, Ojo may represent a more useful talent.

Like Ibe, Ojo is built for the Premier League in terms of strength, but the former MK Dons youth has a different edge to his game.

Preferring to attack the penalty area rather than drive to the byline, Ojo could offer Klopp an interesting alternative for the rest of 2015/16.

High on confidence and showcasing his abilities on the U21s stage, Ojo may be ready for the first team.