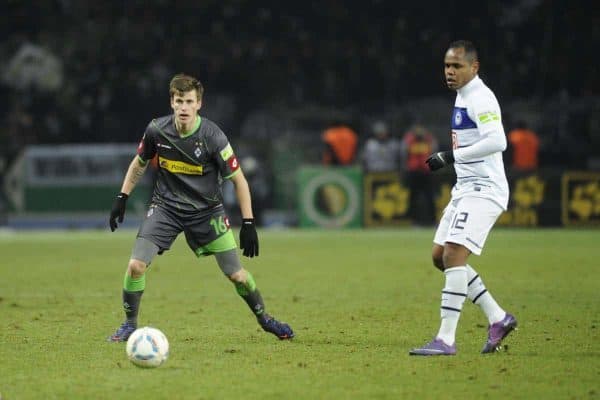 Borussia Monchengladbach’s Havard Nordtveit could be the next to make a free-transfer move to Liverpool this summer, with the midfielder set to announce his future this week.

Nordtveit is in the final months of his contract with the Bundesliga top-four hopefuls, and looks likely to leave the club at the end of the season.

Following reports, via the Mirror, that the Norway midfielder could be on Jurgen Klopp‘s radar at Liverpool, Nordtveit is said to be preparing a decision over his future this week.

The 25-year-old is said to have told Sky Germany after Gladbach’s 5-1 win over Werder Bremen on Friday that: “I think a decision will come next week.”

The Mirror‘s Neil Moxley claims that Nordtveit is “a prime summer target” for the Reds, and that Klopp “is in the queue for his services.”

Having already cut his teeth in English football with three years on the books at Arsenal—largely performing in the Gunners’ youth ranks—Nordtveit has established a strong reputation in Germany.

Moving from centre-back, to right-back, to holding midfield over the course of his career, Nordtveit has showcased his ability as a solid, dependable defensive option.

A perceptive reader of the game, Nordtveit has filled the hole left by Michael Bradley at Gladbach, after the USMNT international’s move to Chievo in 2011, becoming a key player for Die Fohlen.

This season, Nordtveit has added a goalscoring sheen to his play in the middle of the park, with four strikes in 18 Bundesliga appearances so far this season.

If Liverpool’s interest in Nordtveit is concrete, the 24-cap Norwegian international would considerably boost Klopp’s squad.

With experience of challenging at the top end of the Bundesliga, as well as in the Champions League, Nordtveit would be a sensible signing.

Whether he represents an upgrade on first-choice midfielders like Jordan Henderson and Emre Can, however, is questionable.

But despite the Reds duo establishing a strong partnership in the first-team midfield, Klopp requires more depth within his squad.

If Nordtveit joins Marko Grujic through the door this summer, this would have been achieved.