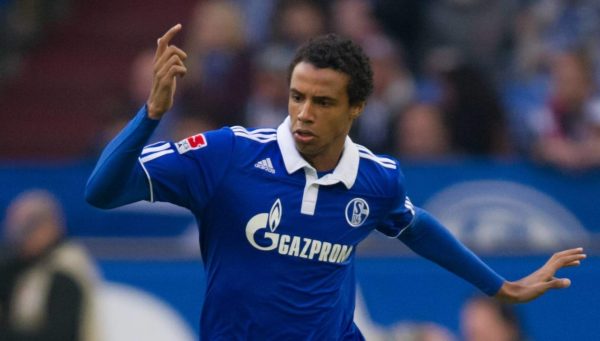 Joel Matip made his first Bundesliga appearance since announcing he will join Liverpool this summer on Sunday, producing a strong defensive display.

Matip became the second signing for Jurgen Klopp‘s Reds ahead of the 2016/17 campaign, joining Marko Grujic as new additions to the German’s squad for his first full season on Merseyside.

Before Matip makes his move to Liverpool, however, he will play out the rest of the season with Schalke, in the final months of his contract.

After a 0-0 draw away to Shakhtar Donetsk in the Europa League on Thursday night, Schalke played host to Stuttgart in the Bundesliga.

An everpresent for the Gelsenkirchen side in the German top flight this season, Matip kept his place in Andre Breitenreiter’s starting lineup, helping his side to a 1-1 draw at the Veltins-Arena.

No doubt watching on, Klopp will have been impressed with the 24-year-old’s performance.

Stuttgart arrived in Gelsenkirchen on a five-game winning streak in the league, looking to push themselves away from the Bundesliga’s relegation-threatened group and into the top half, buoyed by a 2-0 win at home to Hertha Berlin last time out.

Standing in their way, however, were a Schalke side determined to continue their challenge for a top-four finish in 2015/16 as they look to secure Champions League qualification once more.

Breitenreiter lined his side up in a 4-2-3-1 formation, with Matip joined by Roman Neustadter at centre-back, with the former Borussia Monchengladbach man making his 14th league start of the season.

Stuttgart were deployed in a 4-1-4-1 formation, with Klopp’s former Dortmund utility man Kevin Grosskreutz taking up a spot at right-back, while the impressive Timo Werner operated as a floating centre-forward.

With Schalke dominant for much of the game, Younes Belhanda struck first, with the Morocco international heading into an empty net after the ball rebounded into his path on 14 minutes.

Growing into the game after the interval, Stuttgart’s equaliser came from a set piece, with Martin Harnik stabbing home at the far post after Christian Gentner nodded on a corner.

Schalke will be disappointed not to win, and perhaps Matip in particular, with the centre-back producing a solid defensive display.

With Neustadter deployed as the more front-footed centre-back, Matip operated as Schalke’s deepest defender, on the right-hand side of the central pairing.

Neustadter spent the majority of the game aggressively pushing out of defence, leaving Matip to sweep up, playing with patience and intelligence, and organising his back line with authority.

With Stuttgart allowing Schalke’s defence time on the ball throughout, Matip was able to flex his creative muscles with passes from deep.

Making up for a sloppy first attempt at an ambitious ball out from the back on 12 minutes, Matip sent a low, direct pass into the attacking sector, in a move reminiscent of his future defensive partner, Mamadou Sakho.

Like Sakho, however, he can be guilty of overplaying the ball at times.

A key example of this came on 22 minutes, when Matip made an intelligent block to stop a smart, sliding pass into defence, but then tried to dribble through the midfield before getting caught in possession—and, fortunately, fouled.

Furthermore, while Matip passes with confidence, the 24-year-old is not always the most accurate, but this comes with the territory of operating as an progressive ball-player.

When his passing did hit the target, Matip generally found an attacking team-mate in a great position, such as on 32 minutes, when his long, curling ball launched an incisive move behind the Stuttgart defence, with Klaas-Jan Huntelaar unlucky to miss the target with his effort.

With Stuttgart spending much of the first half sending hopeful balls up towards Werner in attack, Matip was able to showcase his defensive perception.

Matip regularly stopped dangerous attacks before they were able to build, taking down high balls with confidence and playing them out of trouble efficiently.

When Stuttgart took a more orthodox approach in their buildup, however, Matip also showed his pace and strength at the back.

Like Sakho, Dejan Lovren, Martin Skrtel and Kolo Toure, Matip is able to do the defensive basics to a high standard.

But what the Schalke man can add to the Liverpool ranks next season is an aerial threat.

Matip twice went close to putting the ball past Stuttgart goalkeeper Przemyslaw Tyton, with headed efforts from set pieces coming either side of the break, both drifting just wide.

More importantly, Matip won a number of important headers in his own area, and it was striking that, for Harnik’s goal, Stuttgart bypassed the Cameroon international with a corner floated to the near post.

Matip was rarely at fault as Schalke held steadfast for the much of the contest, showing his determination to continue his strong form in his last months with the club.

“I’m still proud to wear a Schalke shirt and it will remain that way until the end,” he told Bundesliga TV after the game.

“I’ve had a great time here and a lot of people to thank for that—and I’ll give it my all.

“Then I’m excited to see what will happen in the summer.”

If Klopp and his backroom staff were to assess Matip’s performance against Stuttgart, an intriguing role may have presented itself.

Often when deployed at centre-back for Schalke, Matip can be found operating as the aggressive, front-footed option, utilising his pace, strength and defensive instinct to step out of defence and quell attacks.

Against Stuttgart, however, he showcased his ability to shine in a more composed, covering role at the heart of the defence.

Likely primed for a starting spot on the right-hand side of Klopp’s defensive pair, Matip could perform as such on his move to Liverpool, with left-sided options Sakho and Lovren both preferring to take up their duties in the same role as Neustadter.

On Sunday afternoon, Matip performed with strength and composure, as well as showing signs of leadership and, crucially, dominating in the air.

While Schalke were unable to secure a priceless victory over their bottom-half opposition, Matip underlined why Klopp was so effusive in his praise on the announcement of his move to Merseyside.