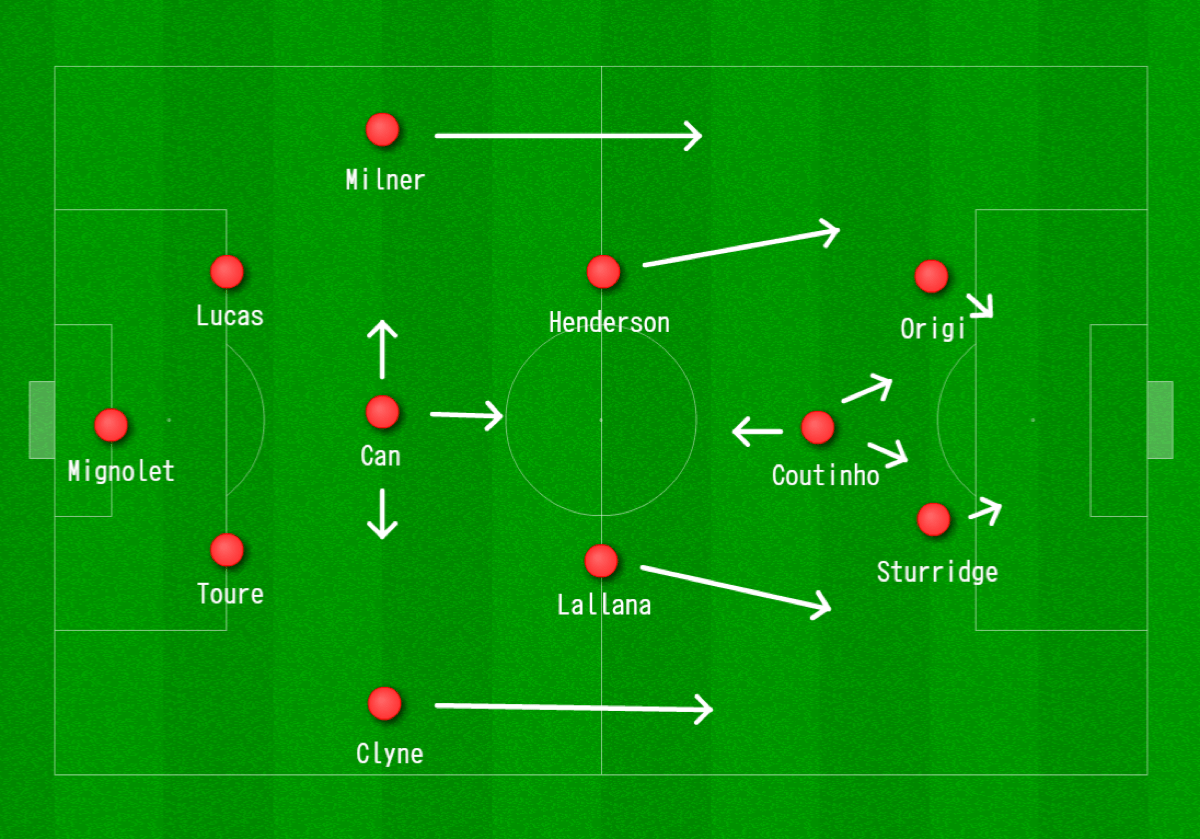 Despite going behind early in the second half to a Fernandinho strike, Liverpool clawed back into Sunday’s Wembley final to take City to a penalty shootout.

But with Willy Caballero in inspired form, the Reds were unable to notch another spot-kick victory, as Yaya Toure’s low effort saw Manuel Pellegrini’s side to the League Cup trophy.

Though they were eventually disappointment, supporters should be encouraged by the improvements made throughout the 120 minutes—not least by the tactical work of Klopp.

Lining his side up in his usual 4-2-3-1 formation, Klopp charged his side with overrunning City early on.

Simon Mignolet took up his place in goal, while Lucas Leiva joined Mamadou Sakho, Nathaniel Clyne and Alberto Moreno in defence, shielded by the two-man midfield united of Emre Can and Jordan Henderson.

With Can and Henderson rotating their roles in midfield, with one sitting while the other pushed forward, Liverpool focussed their efforts on the left flank.

No doubt inspired by Philippe Coutinho‘s merciless display up against Bacary Sagna in November’s 4-1 win at the Etihad Stadium, Klopp’s approach saw Liverpool swarm around the French right-back.

With Coutinho floating on the left wing, the energetic Moreno and Can pushed forward in support, while both Roberto Firmino and Daniel Sturridge moved towards this area in attack.

James Milner, stationed on the right, drifted inside as a supporting presence.

But with City punishing the Reds on the counter, and this setup failing to conjure an opening following Fernandinho’s goal, Klopp prompted a tactical switch. Within a stretch of nine minutes, Klopp introduced Adam Lallana and Divock Origi, with Moreno and Firmino withdrawn.

This saw Milner move into a role at left-back, and Liverpool take up a 4-4-2 diamond shape.

Can dropped into the holding role, while Lallana and Henderson operated as the flanks of this compact midfield structure, with the former particularly useful moving into the final third.

It was Origi that proved the most influential, however, with the Belgian joining Sturridge in attack, backed up Coutinho in the No. 10 position.

Origi’s energy and dynamism provided Liverpool with a constant outlet in attack, as well as crucial support for Sturridge, who had spent much of the evening isolated.

Origi, Sturridge, Clyne and Lallana were all involved as Coutinho levelled the scores on 83 minutes, with the overwhelming attacking approach of Klopp’s 4-4-2 crafting the opening, as City found themselves outnumbered.

Measured in defeat after the game, Klopp indicated that this two-striker system was “an option when they are fit.”

With Origi clearly ahead of Christian Benteke in the centre-forward pecking order, it may not be long before supporters see this effective attacking system in action once again.