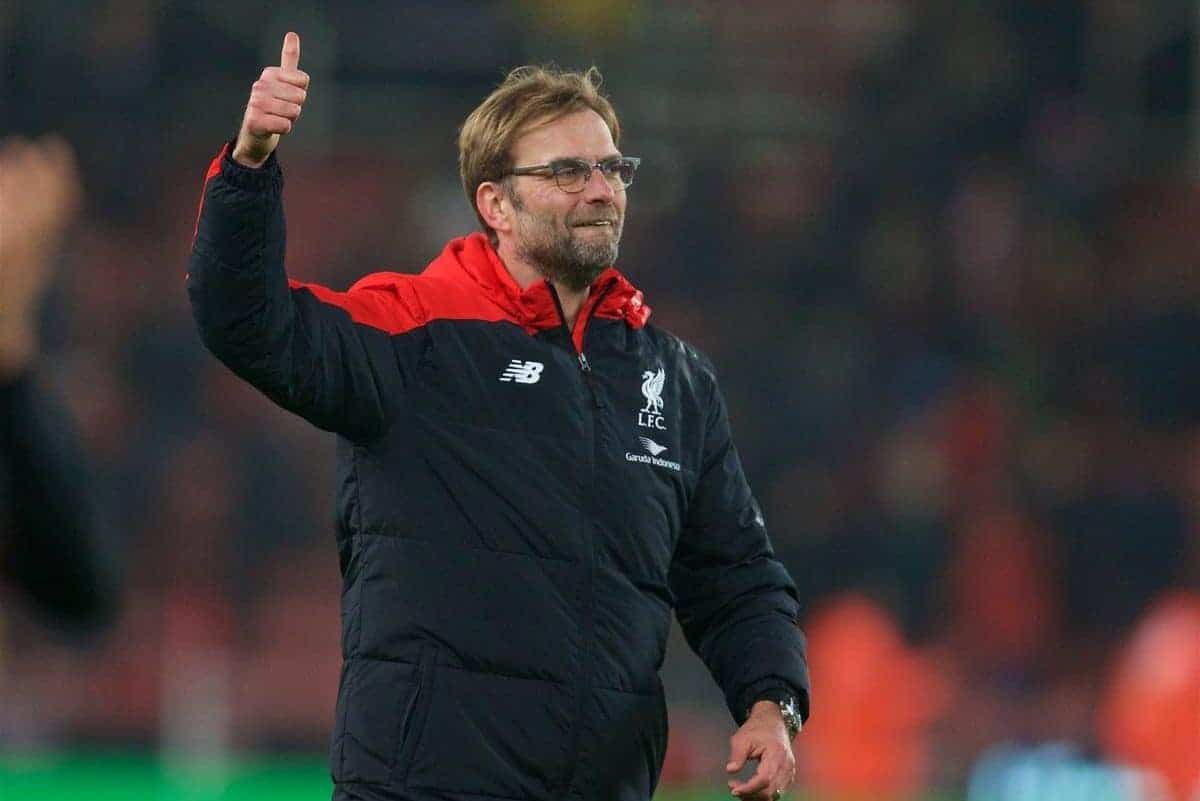 Ahead of Sunday’s League Cup final against Manchester City, Steven Gerrard has hailed the experience of Jurgen Klopp as key to Liverpool’s success.

When it comes to silverware at Liverpool, Gerrard has won more than most, but as the Reds prepare themselves for their trip to Wembley Stadium on Sunday, their former captain will be watching from afar.

Taking on a strong City side in the League Cup final, Liverpool may miss Gerrard’s big-game experience.

But in his first column for the Telegraph on Friday, the 35-year-old earmarked Klopp’s “aura” as being central to their success, saying the German would add “an extra element.”

“Whether it was Houllier in my first League Cup final in 2001, Benitez in the 2005 Champions League or Kenny when I lifted my last trophy as Liverpool captain three years ago, that final message was the same: ‘Do not come back into this dressing room with any regrets, boys.'” he wrote.

“I would say the same as captain. We were only interested in that cup.

“Getting to the final is no stepping stone to success. Only lifting it is.

“This is what separates those who go to Wembley to savour the atmosphere and enjoy the day out from those you define as ‘winners’.”

He went on to add that “I look at my old club under Klopp and I am certain they have appointed another winner.”

Klopp’s experience of winning back-to-back Bundesliga titles with Borussia Dortmund will provide the 48-year-old with the perfect platform to motivate his side on Sunday.

Gerrard believes that Klopp’s influence will help take the pressure off his players at Wembley.

“I can be sure he won’t be interested in trivial pre-match questions about going to Wembley, or cup final suits and all those other traditions,” he continued.

“His obsession, just as it was for Houllier, Benitez and Dalglish, will be about how to bring that trophy to Anfield.

“Those Liverpool players will be looking at Klopp and believing he is the one to lead them to numerous trophies.

“Klopp has a presence—an aura which I sensed when I was back at the training ground at Christmas.

“The way he delivers his message inspires players.

“There is an honesty and integrity about him and he lets his players know exactly what is expected in a clear way.

“People see the jokey side of him in public but there is steel in there.

“I wish I was younger and sampling it on a daily basis.”

Gerrard’s final chance of a trophy with Liverpool eluded him last season, as the Reds crashed out of both the League Cup and the FA Cup in the semi-finals.

But with Klopp at the helm, the LA Galaxy man is confident that Liverpool can enjoy success this time around.