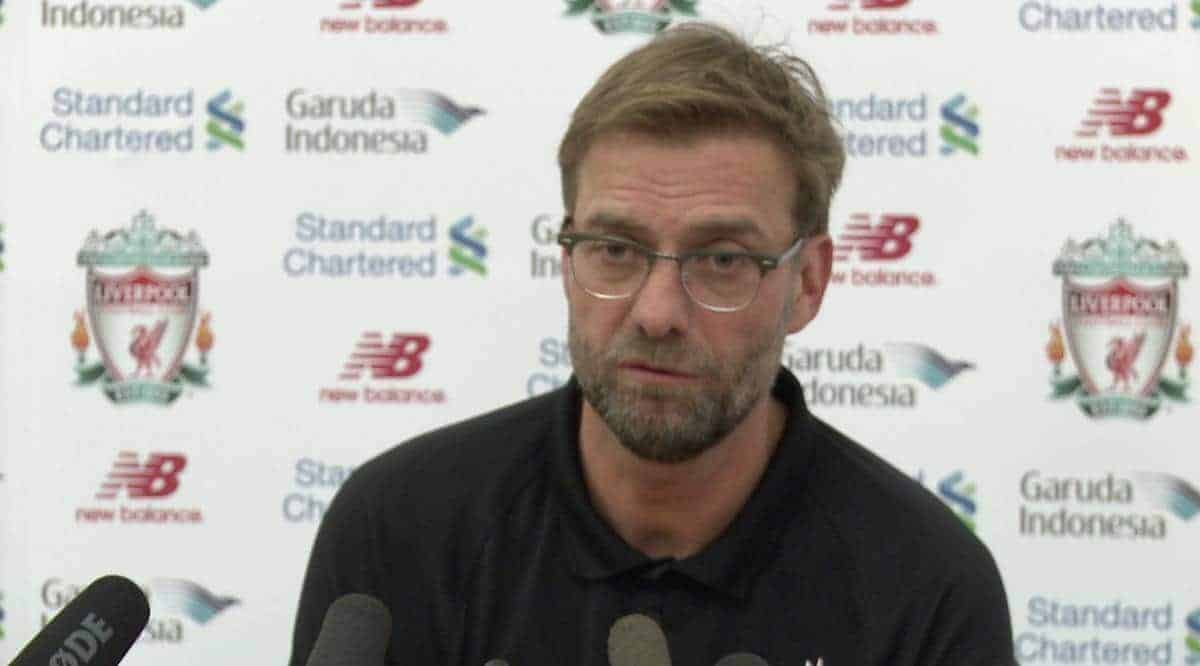 The Reds’ boss was asked about a few interesting topics – but not about the planned walkout ticket protest in the 77th minute of the game.

There were questions regarding Alex Teixeira’s move to China, on Daniel Sturridge ‘quit’ reports and his fitness, plus the fitness of Martin Skrtel.

There were also questions over Sam Allardyce’s ‘soft German’ quote, with Klopp saying: “A lot of times, people have said worse about me!”

On the fitness of Sturridge, plus returning Philippe Coutinho and Divock Origi, Klopp said they won’t be back for Saturday’s match, but could be vs. West Ham next Tuesday.

“Divock, Phil and Daniel are back in training,” explained Klopp. “Another three sessions and they are available for West Ham, if nothing happens.”