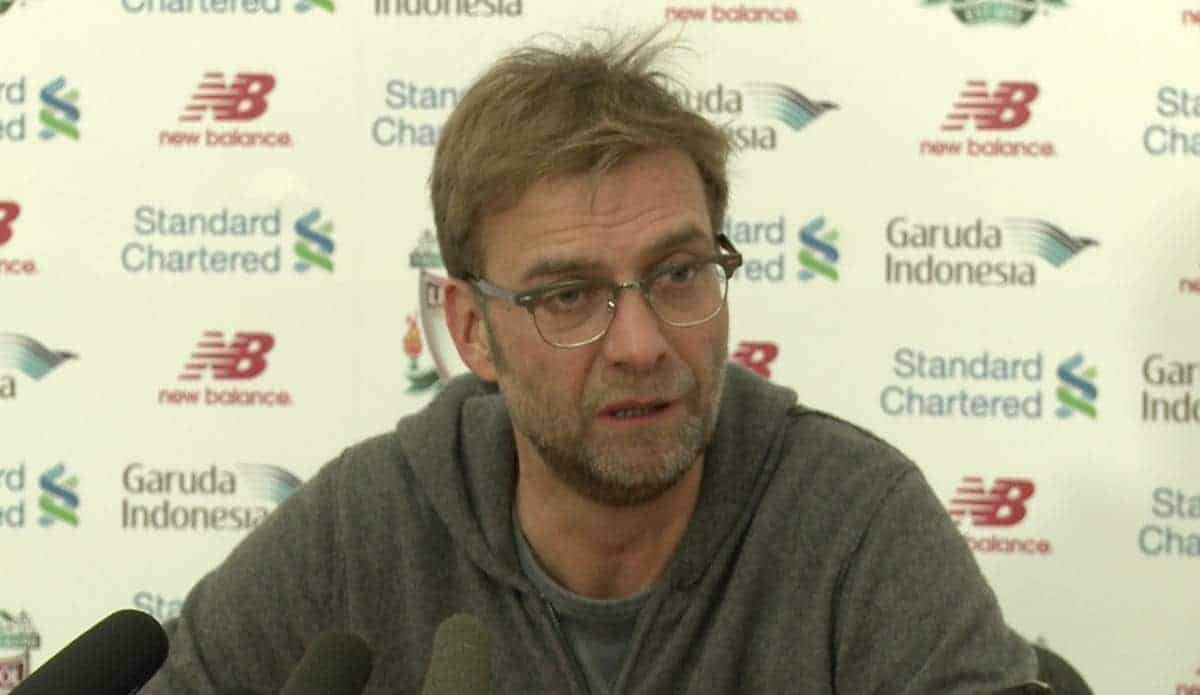 The Reds’ boss was asked about numerous topics, beginning with the U-turn on ticket prices from the club’s owners.

There was plenty of good news about striking options, with Daniel Sturridge having played 70 minutes against West Ham.

Klopp explained that Steven Caulker will be back for the trip to Villa Park, but centre-backs Martin Skrtel and Dejan Lovren won’t.

Brad Smith is also out, and Joe Allen too.