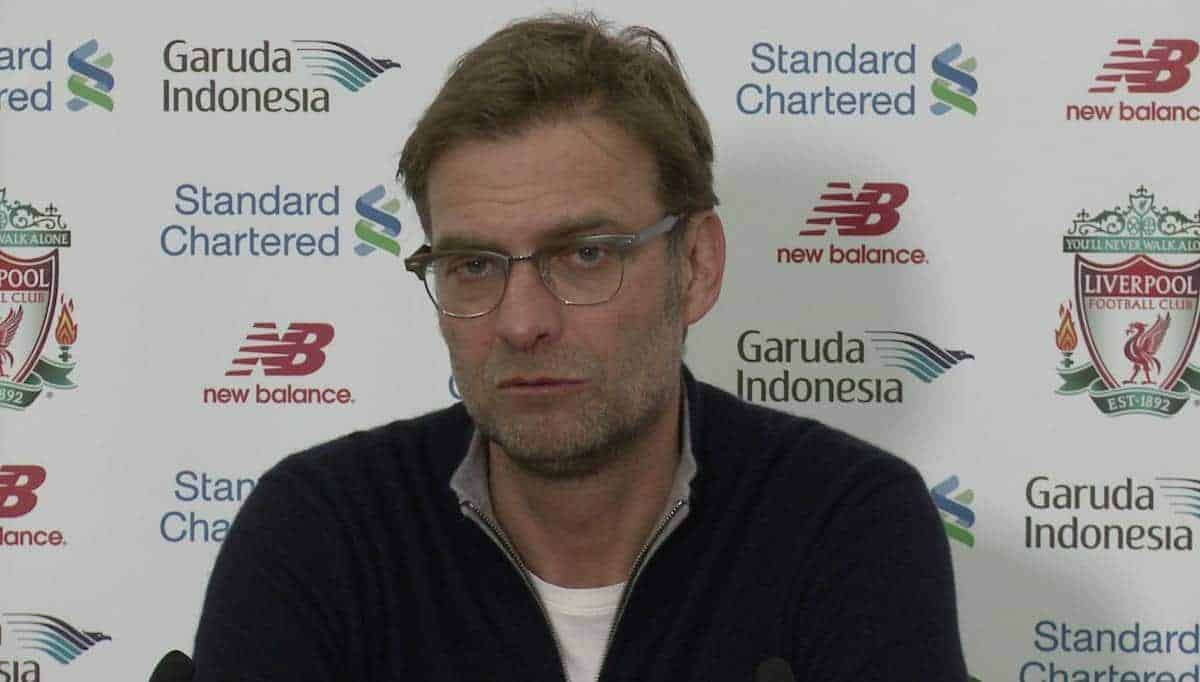 The passionate German was at his entertaining best ahead of the big match, also asked about the Europa League draw against Man United.

The boss says he wanted to draw the English rivals, and spoke about putting right the defeat to Louis Van Gaal’s side last month: “Now life gives us the chance to make it better, so that’s what we do.”

On Sunday’s match, Klopp said he wanted to give the supporters a real reason to celebrate together at Wembley.

“If I think about it, I have a few nice pictures in my mind of after the game, being in Wembley with our fans, having a real reason to celebrate together,” he said.

“There is a lot of time between this moment and that moment—it’s all about work, nothing else.

‘I’m really pleased with the performance yesterday [against Augsburg], I told the lads it was really good.