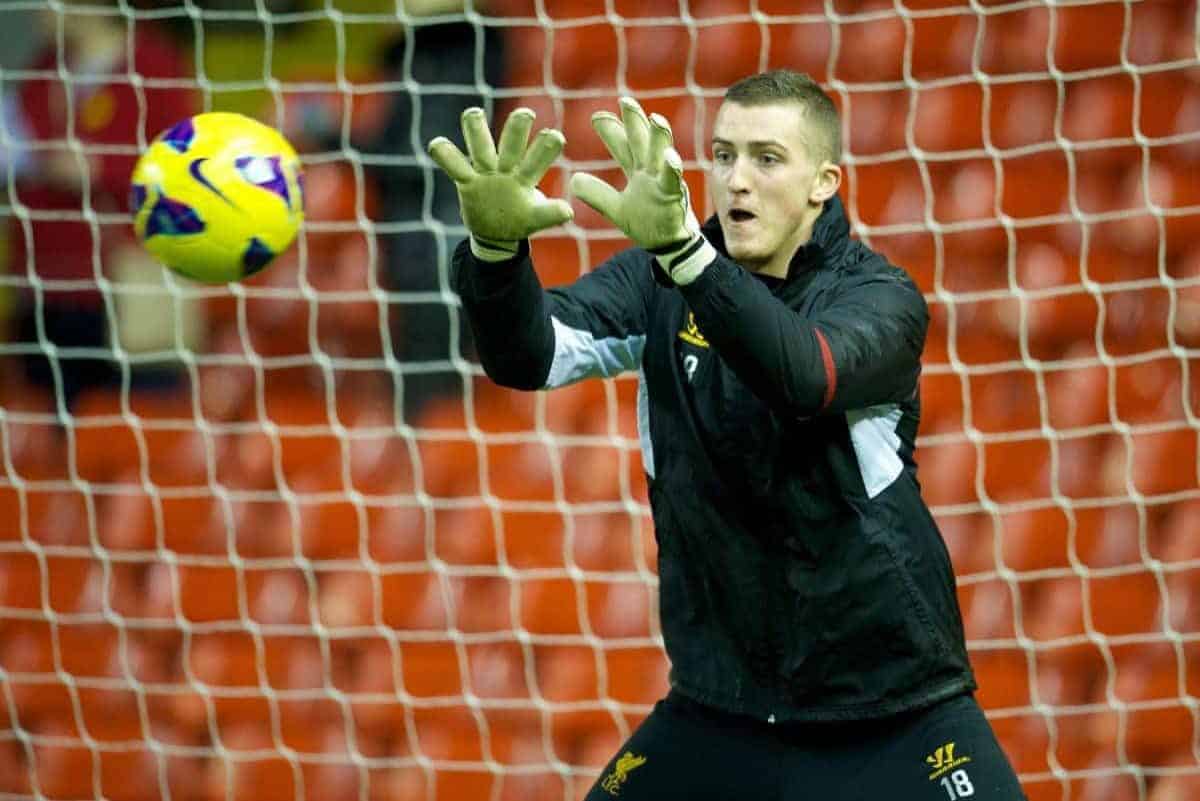 Ryan Fulton continued a chaotic start to his professional career, conceding a stoppage equaliser from Morecambe’s goalkeeper in Portsmouth’s 1-1 draw with the Shrimps on Tuesday night.

Fulton has endured quite a start to his senior career since joining League Two Pompey on loan two weeks ago and instantly becoming No.1 at Fratton Park.

The young stopper went from zero to hero as he conceded but saved a penalty on debut, before producing an excellent display in the FA Cup against Premier League opposition at the weekend.

And continuing an unforgettable introduction to senior football, Fulton was on the receiving end of a complete one-off in his side’s draw against Morecambe, conceding a last-minute header from his opposite number.

Following an excellent save from the Liverpool youngster to deny the hosts from close range, home ‘keeper Barry Roche ventured forward for a last-gasp corner, with his side trailing 1-0 in the dying moments.

And from the resulting in-swinging delivery, Roche rose highest to head past Fulton at the near-post, cueing scenes of delirium among the Globe Arena faithful who could not believe what they had witnessed.

90 plus two Moly at the back post, great save for corner, Barry ROCHE GOOOOOOOAL! 1-1

Even more remarkably, Roche’s headed equaliser could have been part of a bizarre but unforgettable brace for the Shrimps’ shot-stopper.

At a clearly windy Globe Arena, the Morecambe keeper’s kick forced Fulton into a save at the other end, with the teenager needing to be alert and agile to prevent the ball sailing over his head and into the net in the first half.

The Shrimps’ No.1’s first career goal denied Fulton a maiden win and clean sheet for his loan club in the process, as the 19-year-old continues a crazy opening to career with Paul Cook’s side.

Fulton will be relieved to have been beaten only once by his opposite number, but he must be left wondering what could come next when Leyton Orient arrive at Fratton Park on Saturday.

He will hope it proves a quieter afternoon and straight-forward three points as he targets promotion to League One with Portsmouth.