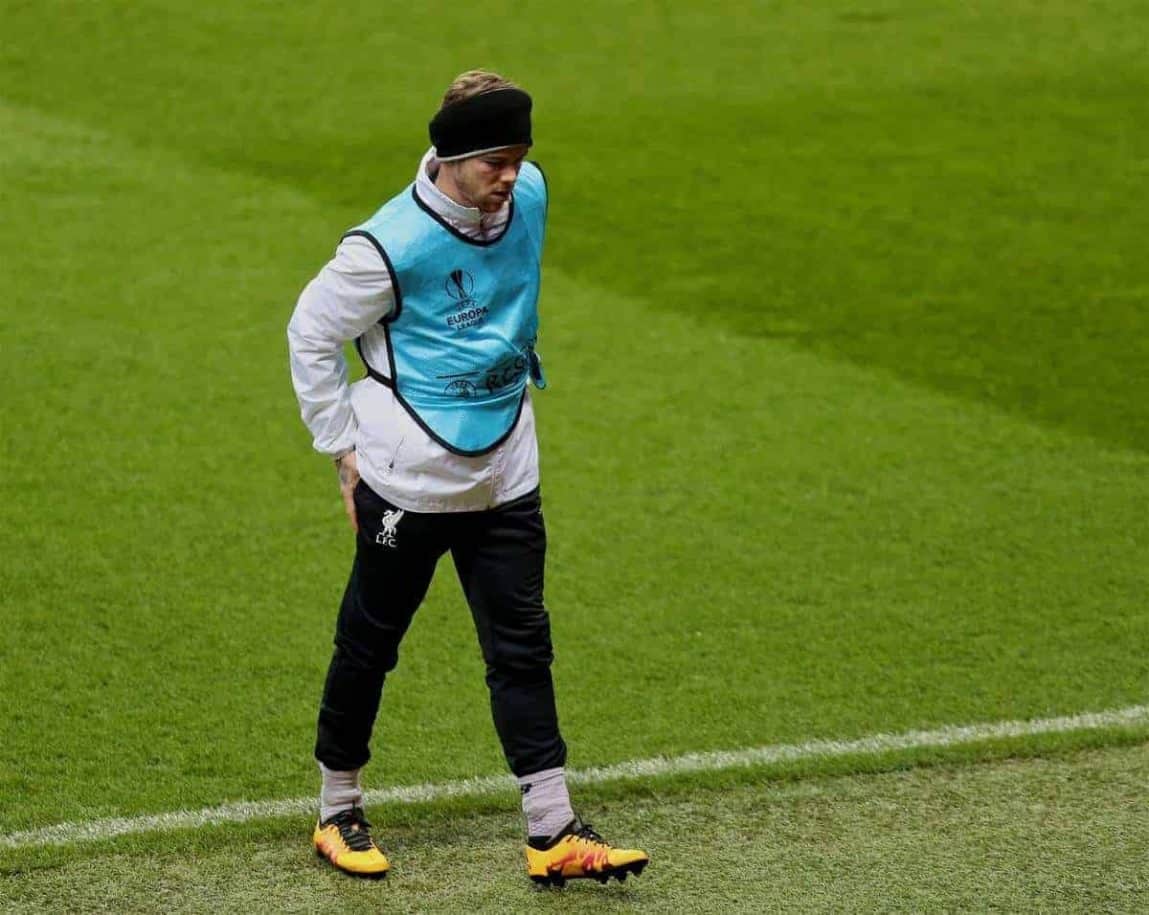 Liverpool suffered a blow to their preparations for Thursday’s Europa League game against Man United as Alberto Moreno appeared to pick up an injury in training.

The Spanish left-back was putting in crosses when he limped off holding his hamstring and spoke with head physio Chris Morgan.

The extent of the injury is not yet known, but losing Moreno would throw up a difficult situation for Jurgen Klopp.

With Jon Flanagan not having been included in the European squad – instead being overlooked for Steven Caulker, a decision Klopp has admitted regret at – then the only like-for-like swap would be to bring in Brad Smith.

But it would be a risk to bring in the Australian for a game of this magnitude.

Instead, Klopp could move Nathaniel Clyne to left-back, then play Dejan Lovren at right-back – bring in Kolo Toure alongside Mamadou Sakho. Another option would be to play James Milner at right-back.

Milner is back in the squad after missing last week’s first leg with a virus.

More photos from training below: