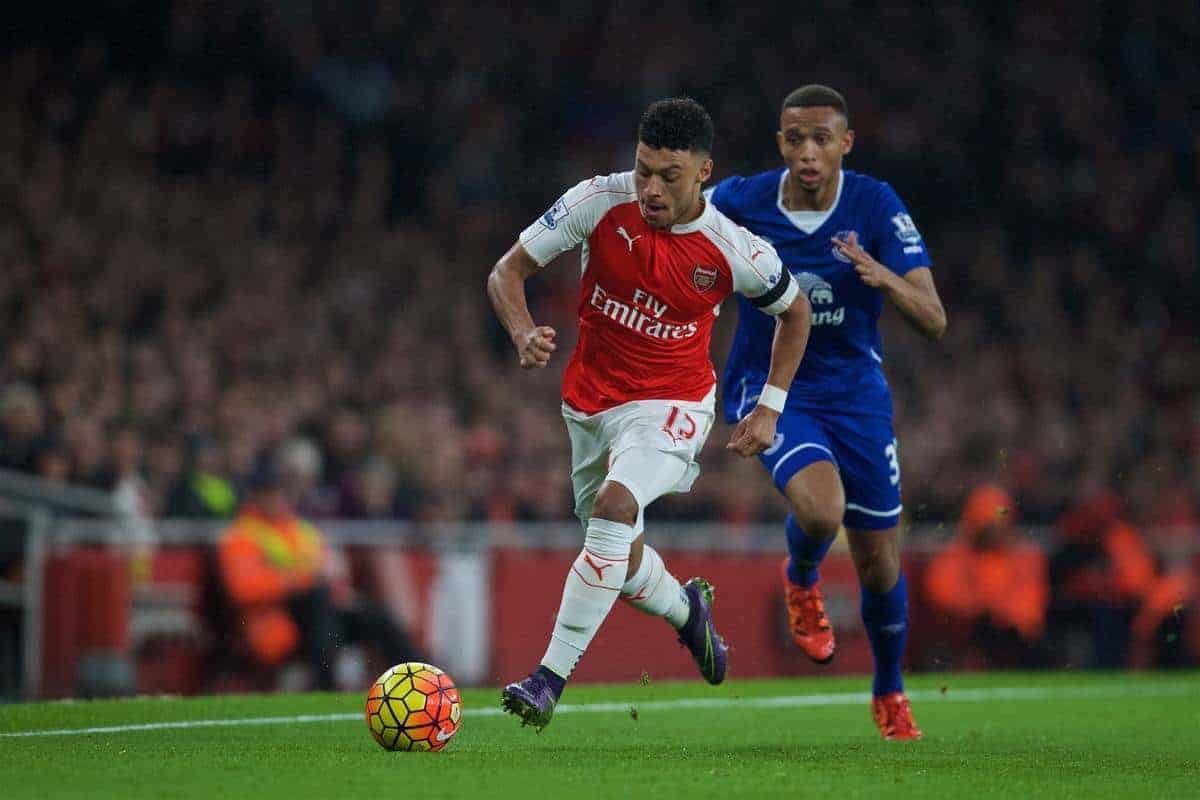 Alex Oxlade-Chamberlain could be set to leave Arsenal this summer, with Liverpool among the clubs monitoring the midfielder’s situation.

Oxlade-Chamberlain could be part of an overhaul of Arsene Wenger’s playing personnel over the summer, with the Independent revealing at the end of February that Arsenal were willing to sell the 22-year-old.

The Gunners would reportedly demand a fee of around £15 million for Oxlade-Chamberlain, with the club under the belief that he “has not made enough progress” since arriving in 2011.

Typically, this has seen a number of top Premier League clubs linked with a summer move, with the Mail citing Liverpool’s interest.

The Reds are said to be joined by West Ham United, Chelsea, Manchester City and Manchester United in holding an interest in the midfielder, who has made 33 appearances so far this season.

With Jurgen Klopp in the search for wingers this season, a move for Oxlade-Chamberlain is not within the realms of fantasy.

At £15 million, the 22-year-old could represent a solid investment for the Reds, with his best years still ahead of him.

When on form, Oxlade-Chamberlain is a powerful, hardworking midfielder capable of performing in a variety of roles, with Wenger even deploying him as a holding option in the past. Best utilised on the flanks, however, Oxlade-Chamberlain’s pace and direct style of play have proved useful to Wenger over the past five seasons.

But with the Frenchman clearly having reservations over the England international’s progress, this should prove a red flag for Klopp.

A dismal display against Barcelona in Arsenal‘s 2-0 Champions League defeat last month served to highlight the midfielder’s fragility, with Oxlade-Chamberlain looking far off pace against the Catalan giants.

In 149 appearances for the Gunners, Oxlade-Chamberlain has scored just 14 goals, registering 21 assists.

Furthermore, over the past five seasons, the midfielder has missed 74 games due to a variety of injuries, with knee problems keeping him out of action for a total of 197 days.

If Klopp does spot potential in the youngster, he may be worth the gamble; but on current evidence, it may be worth assessing other targets first.