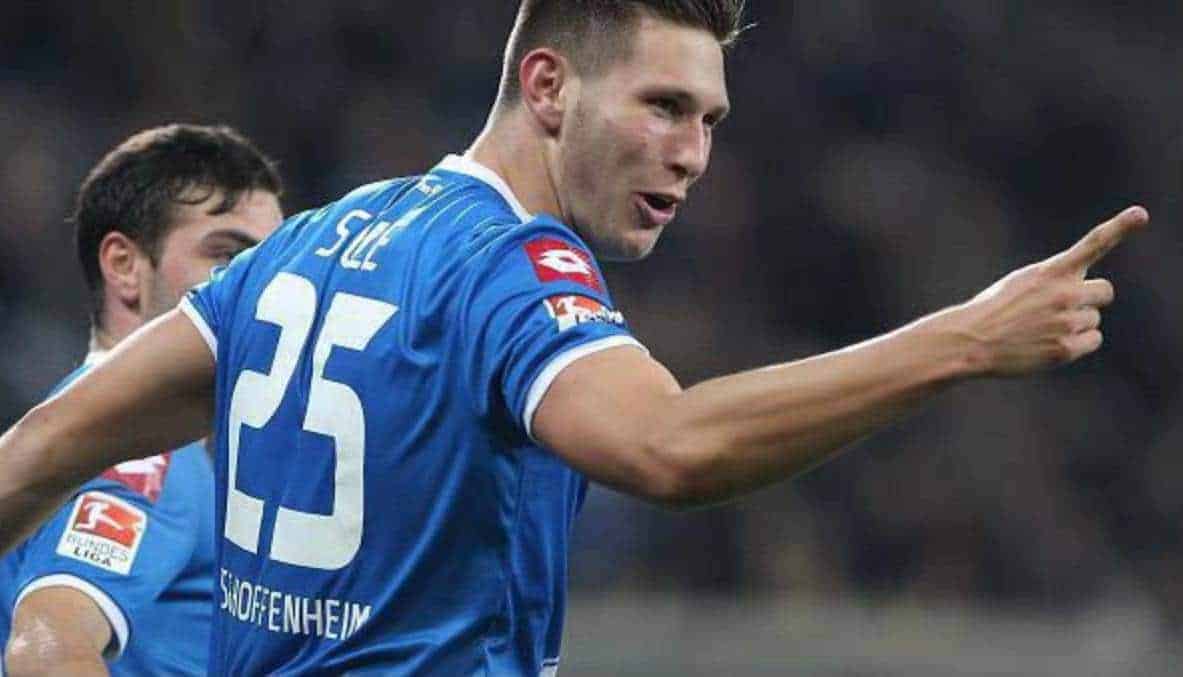 Niklas Sule is the latest centre-back to be linked with a move to Liverpool this summer, and the Hoffenheim 20-year-old could be a great signing.

According to reports in Germany, Sule has been subject of an enquiry from the Reds, as Jurgen Klopp looks to reshape his defence ahead of the 2016/17 campaign.

With question marks over the future of Martin Skrtel, and Kolo Toure set to leave the club on the expiry of his contract this summer, Liverpool could well reinforce their centre-back ranks this summer.

Sule may look to leave Hoffenheim this summer, with Julian Nagelsmann’s side fighting relegation from the Bundesliga this season.

The 20-year-old would join fellow Bundesliga export Joel Matip at Liverpool if Klopp were to make the move, bolstering his back line significantly.

But who is Sule, and what would he bring to Liverpool?

Born in Frankfurt, Sule spent his formative years moving from Rot-Weiss Walldorf, to Eintracht Frankfurt, to SV Darmstadt 98, excelling at youth level and garnering interest from scouts at both Bundesliga and international level.

As a 14-year-old, Sule made the move from Darmstadt to Hoffenheim, after just six months with the then-Regionalliga Sud side, making the step up to the German top flight.

As Hoffenheim looked to avoid relegation in the final weeks of the 2012/13 Bundesliga campaign, Sule was handed his first-team debut, paired with David Abraham at centre-back as Frank Kramer’s side lost 4-1 at home to Hamburg.

This may have proved a disappointment for Hoffenheim, who went on to retain their place in the Bundesliga through the relegation playoffs, but it was a landmark moment for Sule.

Like Matip, Sule then scored his goal for the club against Bayern Munich, latching onto a Manuel Neuer error to put Hoffenheim 1-0 up at the Rhein-Neckar-Arena in November 2013, and though they eventually fell to a 2-1 defeat, Sule described it as “a very special moment for me.”

Throughout the 2013/14 campaign, Sule established himself as a regular under Markus Gisdol, making 25 league appearances, rotating with fellow youngster Jannik Vestergaard and makeshift option Tobias Strobl.

His 2014/15 campaign was derailed by a nightmare ACL injury, but Sule has since recovered to take up his place at the heart of the Hoffenheim defence; a key player at the age of 20.

Standing at 6’5″, Sule is a formidable physical presence, giving him an edge of his opponents in terms of strength and aerial power.

A right-footed centre-back, Sule typically plays on the right side of Hoffenheim’s centre-back pairing, continuing his development after recovering from injury, as an ever-present throughout the 2015/16 campaign.

Sule is strong defensive prospect, with his timing in the tackle and reading of the game allowing him to quell dangerous attacks efficiently, looking to step out of defence to nick the ball quickly and lay it off to a team-mate.

This all-round prowess highlights Sule as an outstanding talent in defence, able to operate both as a front-footed centre-back and a covering option.

This versatility has allowed Sule to shine alongside a number of partners, and in a three-man defensive line, but the 20-year-old has found his best form when paired with Ermin Bicakcic, an aggressive Bosnian centre-back who prefers to take initiative at the back.

Alongside Bicakcic, Sule is a calming presence, aided by his composure and finesse when in possession; he is Hoffenheim’s most accurate passer this season, completing 85.2 percent.

Owing to his height, and his perceptive play, Sule has often been compared to Arsenal and Germany centre-back Per Mertesacker.

While this could be deemed a lazy comparison, Sule’s physical stature does lend him a similar flaw to Mertesacker in his lack of agility and pace; though he is far from the sluggish Gunners man.

Like Mertesacker, Sule works around this with his intelligence, and stands as one of the most talented young defenders in Europe—so where would he fit into Klopp’s Liverpool side?

Where Would Sule Fit in at Liverpool?

While the performances of Mamadou Sakho and Dejan Lovren have given Liverpool a strong defensive platform this season, the potential departures of Skrtel and Toure leaves a gap in Klopp’s ranks.

Though Matip will join this summer, and Joe Gomez is poised for a first-team role on his recovery from an ACL injury, Klopp could look to sign one more centre-back in the summer.

Tall, strong, measured and tactically intelligent, Sule stands as an ideal replacement for Skrtel, whose disappointing, rash performance in Liverpool’s 3-2 defeat away to Southampton highlighted the need for change this summer.

As a right-sided centre-back, Sule could partner any of Sakho, Lovren and Matip in defence, with the trio all comfortable in a left-sided role.

With Sakho an aggressive, front-footed option, the Frenchman may represent the most suitable partner for Sule, but as he has shown throughout his time with Hoffenheim, he should be able to adapt to any setup.

Adding a bullish physicality to Klopp’s squad, without compromising on technical quality, Sule would be a great signing for the Reds this summer.

While he is unlikely to be an ever-present at Liverpool, a move to Merseyside would prove a step up for the 20-year-old who, despite being under contract at Hoffenheim until 2019, could look to leave if Nagelsmann fails to steer his side clear of relegation.