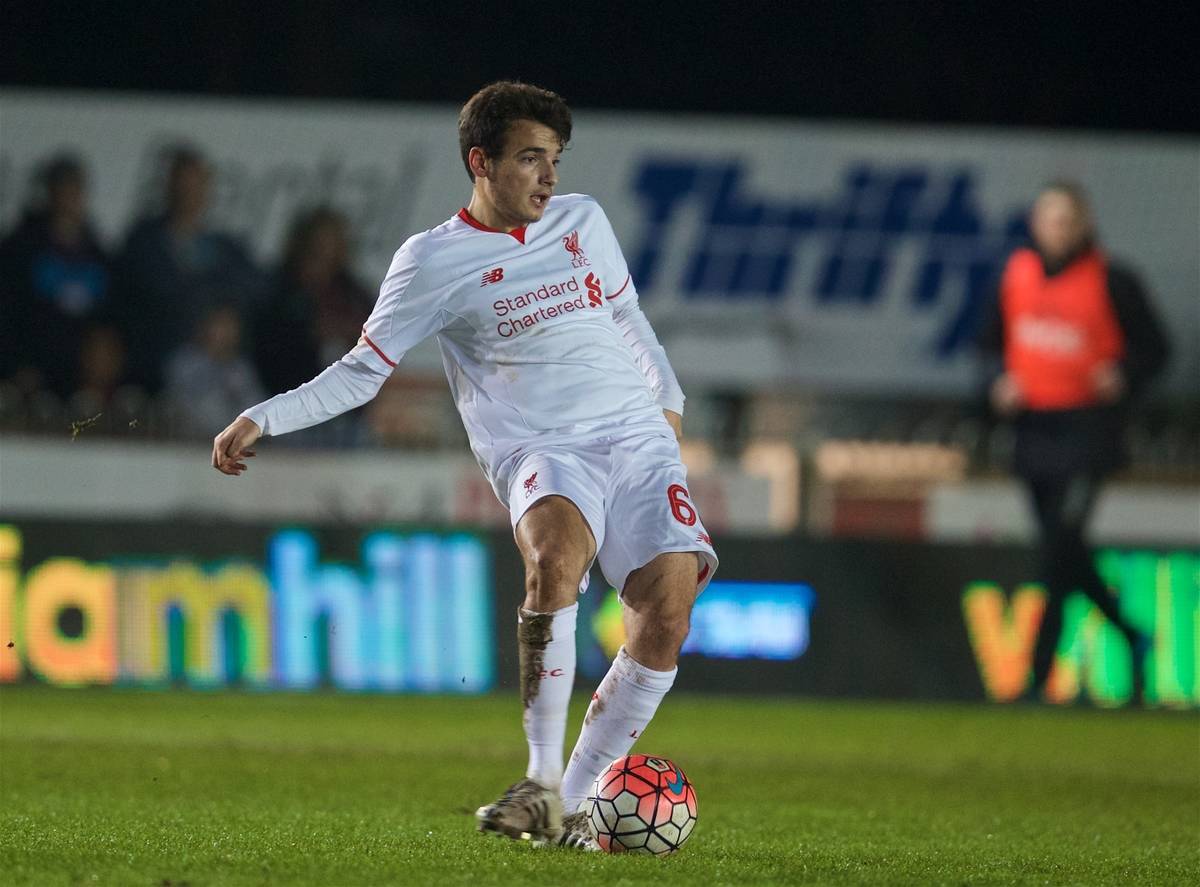 After making his first forays into the Liverpool first team this season, Pedro Chirivella has extended his contract with the club until 2020. Chirivella has long represented one of the most promising talents in the Liverpool academy, and this has been recognised with a promotion to the first team in 2015/16.

The Spaniard has spent the season between the senior and U21s squad, marking a big step for an 18-year-old.

With his previous contract set to expire at the end of next season, Chirivella has renewed his terms, keeping him with the club until at least 2020.

“It feels really good,” he said on signing his new deal.

“I have worked really hard in the last year. I’m very proud to sign a new contract with one of the best teams in Europe.

“When Liverpool wanted me to sign here, I had no doubt about it.

“But when I came here, I needed to perform really well because the club trusted me and I had to give them a reason why.

“With pressure and [being] away from family, there are a lot of things that make it difficult, but now I’m pleased to be doing really well here.”

Chirivella made his first-team debut in September’s 1-1 draw away to Bordeaux in the Europa League, taking Kolo Toure’s place following an injury to the Ivorian.

Five months later, the midfielder made his full debut for the club, in the Reds’ 2-1 FA Cup fourth-round replay clash with West Ham United.

Clearly having impressed Jurgen Klopp, the German has moved to keep Chirivella at the club for the long term.

This move follows a new contract for fellow academy product Kevin Stewart, who is also set to remain with the club until the end of the 2019/20 season.

With Klopp focussing heavily on youth development in his first months as Liverpool manager, this is a promising move for the club.

Chirivella is one of the most outstanding talents in the club’s youth ranks, and is set for a bright future on Merseyside.