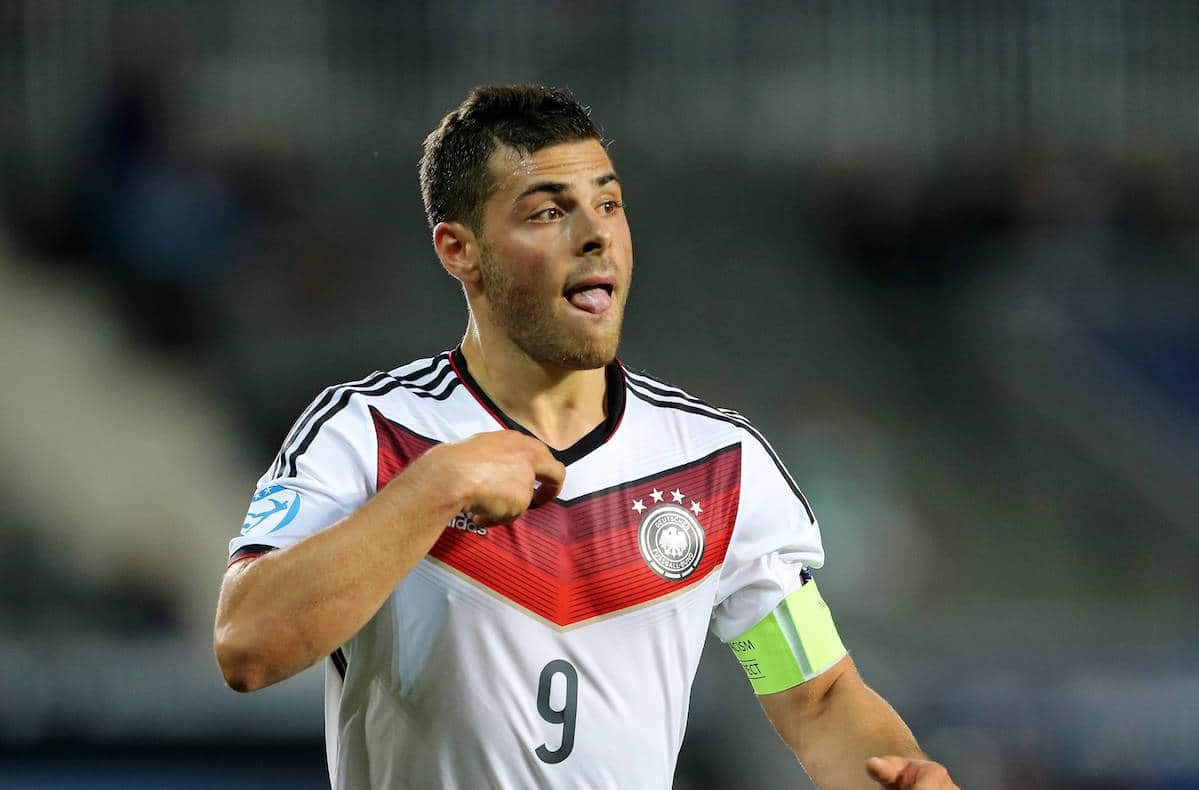 As Jurgen Klopp looks for attacking reinforcements ahead of the 2016/17 campaign, Filip Kostic and Kevin Volland have emerged as possible targets. Liverpool have struggled with injuries throughout Klopp’s first campaign in charge, with four of his attacking options, in Divock Origi, Christian Benteke, Roberto Firmino and Danny Ings, all sidelined present.

Furthermore, a lack of genuine wide options has proved a concern for the German, who admitted in February that he was looking for wingers in the summer market.

According to German publication Bild, Stuttgart’s Kostic and Hoffenheim man Volland have been identified as key targets by the 48-year-old.

It is believed that Klopp would only move for one of the two, however, with Volland deemed the more likely target.

Kostic is a versatile wide option, capable of thriving on either the left or right flank, who at 23, is a high-potential European talent.

The Serbian international is a hardworking winger with strong dribbling ability and a great delivery from out wide, and has scored five goals and registered four assists in 23 Bundesliga appearances this season.

Kostic would suit Klopp’s attacking system perfectly, with the former FC Gronigen man comfortable in the defensive sector, and would represent a major upgrade on James Milner.

But valued at around £24 million, Kostic would be an expensive signing for the Reds, with Volland a more cost-effective option. Having spent a long period scouting Volland’s former Hoffenheim team-mate Firmino, Liverpool are believed to be well aware of the 23-year-old’s ability.

Most comfortable on the right flank, Volland is an intelligent, left-footed attacker with the ability to produce real moments of magic cutting inside towards the penalty area.

The Germany international has scored seven goals and made a further eight in 26 Bundesliga appearances so far in 2015/16, largely operating as Hoffenheim’s lone centre-forward.

But with Julian Nagelsmann’s side battling relegation from the German top flight this season, Volland could look to leave the club this summer.

Volland is believed to have a release clause of around £14 million in his current contract, which would be a bargain for a player of his stature, who still has the potential to develop into a top-level talent.

Either Kostic or Volland would be a great signing for Klopp’s Liverpool this summer, able to interchange with Firmino, Philippe Coutinho and Daniel Sturridge in an attractive forward line.